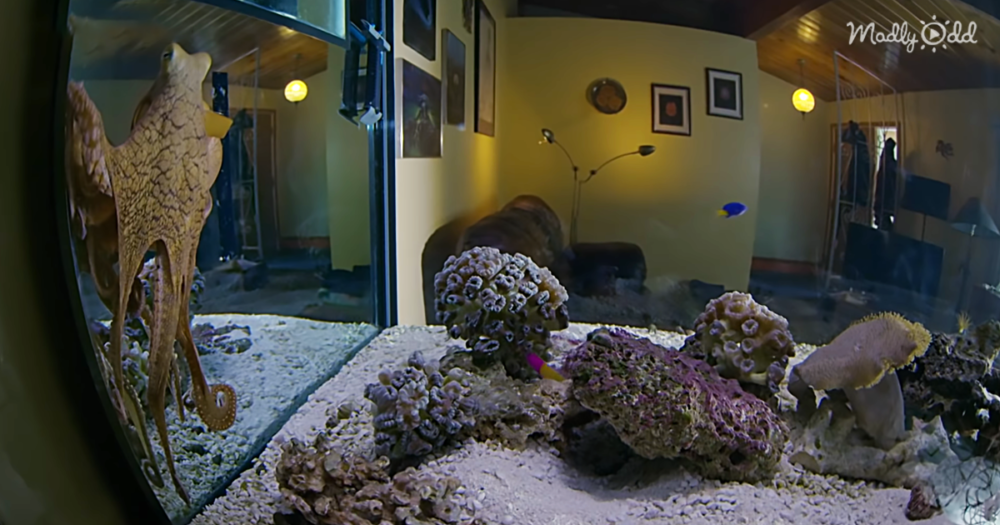 Many studies have been done about humans’ sleeping patterns. We know that the REM (rapid eye movement) sleep is of absolute importance for a person’s functioning ability. What exactly happens in the brain during this period is even up to date a mystery. During this period of sleep, one tends to have the most vivid dreams and will involuntary reactions like the movement of arms and legs sometimes occur.

This type of action we often see in our animals when sleeping, especially dogs, where you can often see their feet move as though they are running away or towards something. Somehow we tend to forget that it is not only warm-blooded or land animals that need sleep. It is quite widely accepted that all living creatures do sleep some other time, but not all experience REM sleep. It was, therefore, on the one hand, quite fascinating, and on the other, quite cute to see an octopus using its natural ability to change color camouflage itself, being utilized in rapid succession while it was dreeming. Even marine biologist David Scheel of Alaska Pacific University was quite excited to have this behavior captured on video.

Quite ingeniously, by analyzing the different colors the octopus changes to during its sleep and relating it to real-life situations in which the octopus will present the specific color, David deciphers the story of what the octopus was probably dreaming. The phenomenon is fantastic, the quick succession of dramatic color changes are mesmerizing, and David’s analysis adds his educated, but tongue in cheek, interpretation of this educational and entertaining video.