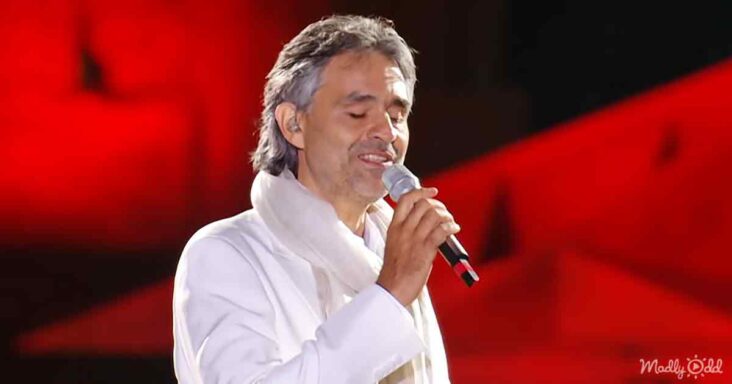 Andrea Bocelli has the voice of the century. He has created fifteen studio albums of classical and pop music and nine opera albums with wild success, and he is known worldwide as one of the best singers on the planet. 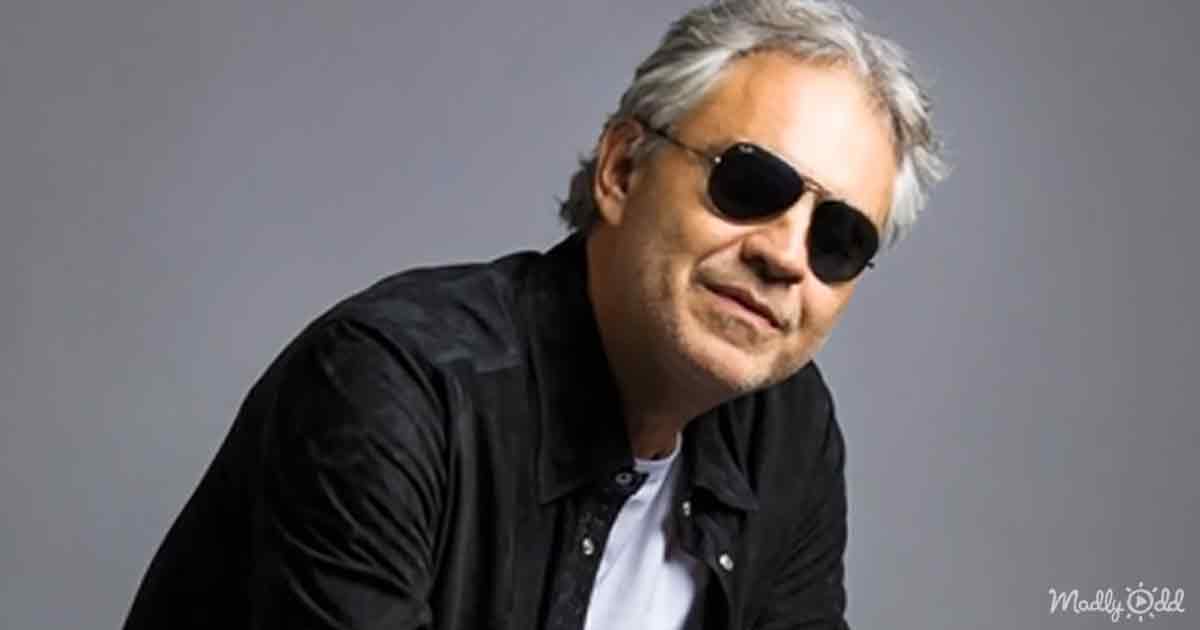 Bocelli was born on September 22, 1958, in Italy, and was passionate about music and showed immense talent from a very young age. He started piano lessons at age six and later learned to play the flute, saxophone, trumpet, trombone, guitar, and drums.

Although he became completely blind at the age of twelve, his lack of sight has in no way impeded his incredible career. Compared to many other musicians, Andrea did not break into the industry in a big way until he was 36 years old.

Before 1994, he played for years in piano bars and small singing contests; however, in1994, he won the 44th Sanremo Music Festival performing “Il mare calmo della sera,” and from there, his fame was inevitable. 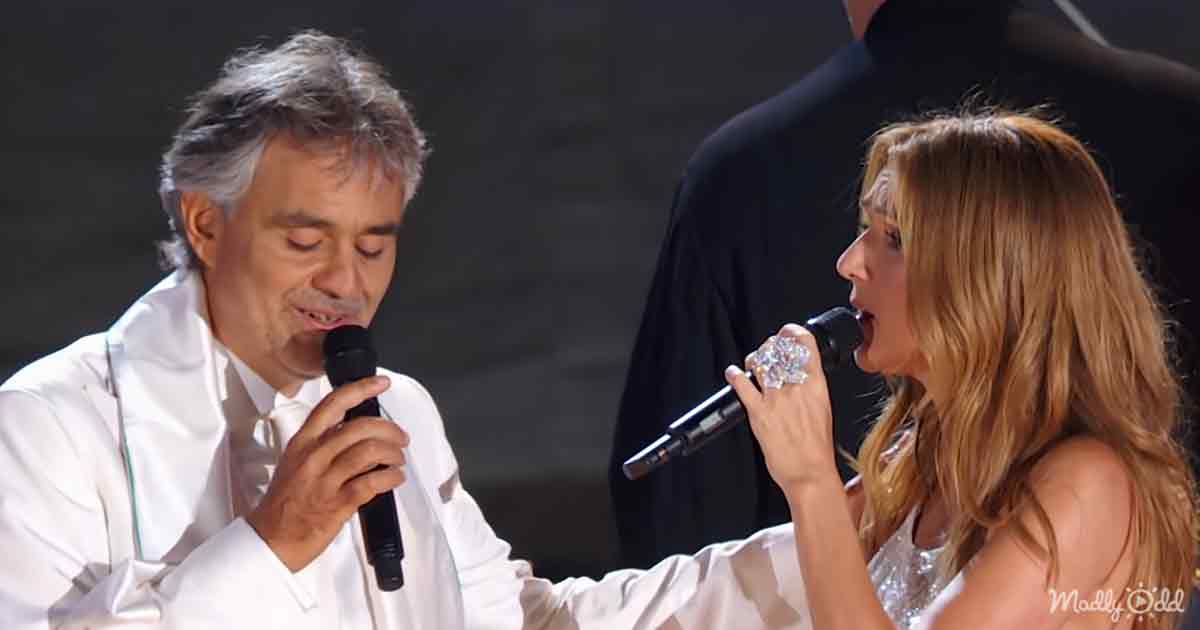 He toured around Europe in small and even some large venues, created operatic albums, and was truly becoming a household name, however only in opera and classical music circles and throughout Europe.

On April 19, 1988, Bocelli made his debut in the United States with a concert at the John F. Kennedy Center for the Performing Arts in Washington, D.C., and continued to tour around North and South America with extreme success. 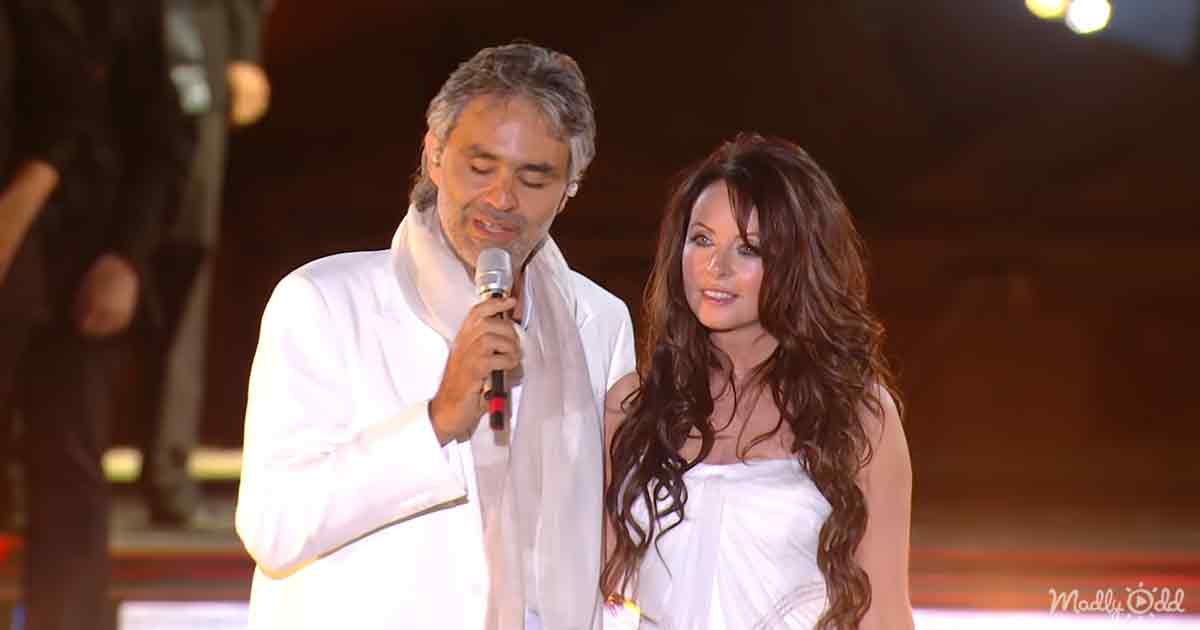 He has performed all over the world, on television, in films, and has even sold out arenas. Andrea Bocelli is undoubtedly one of the best classical singers of the past 100 years, and even if classical music is not your favorite genre, everyone can appreciate his undeniably beautiful voice.

Over the past decade, he has participated in several collaborations with big names, such as Ariana Grande, Celine Dion, and Ed Sheeran, that have traversed from classical music to the pop genre.

Andrea Bocelli is still performing constantly all over the world, including at award shows, small venues, and giant arenas, and many people know his name as one of the best singers of all time.

If you haven’t yet heard his incredible voice, these videos are going to blow your mind! No matter what kind of music you like, you cannot deny that Andrea Bocelli’s voice is absolutely one of a kind. 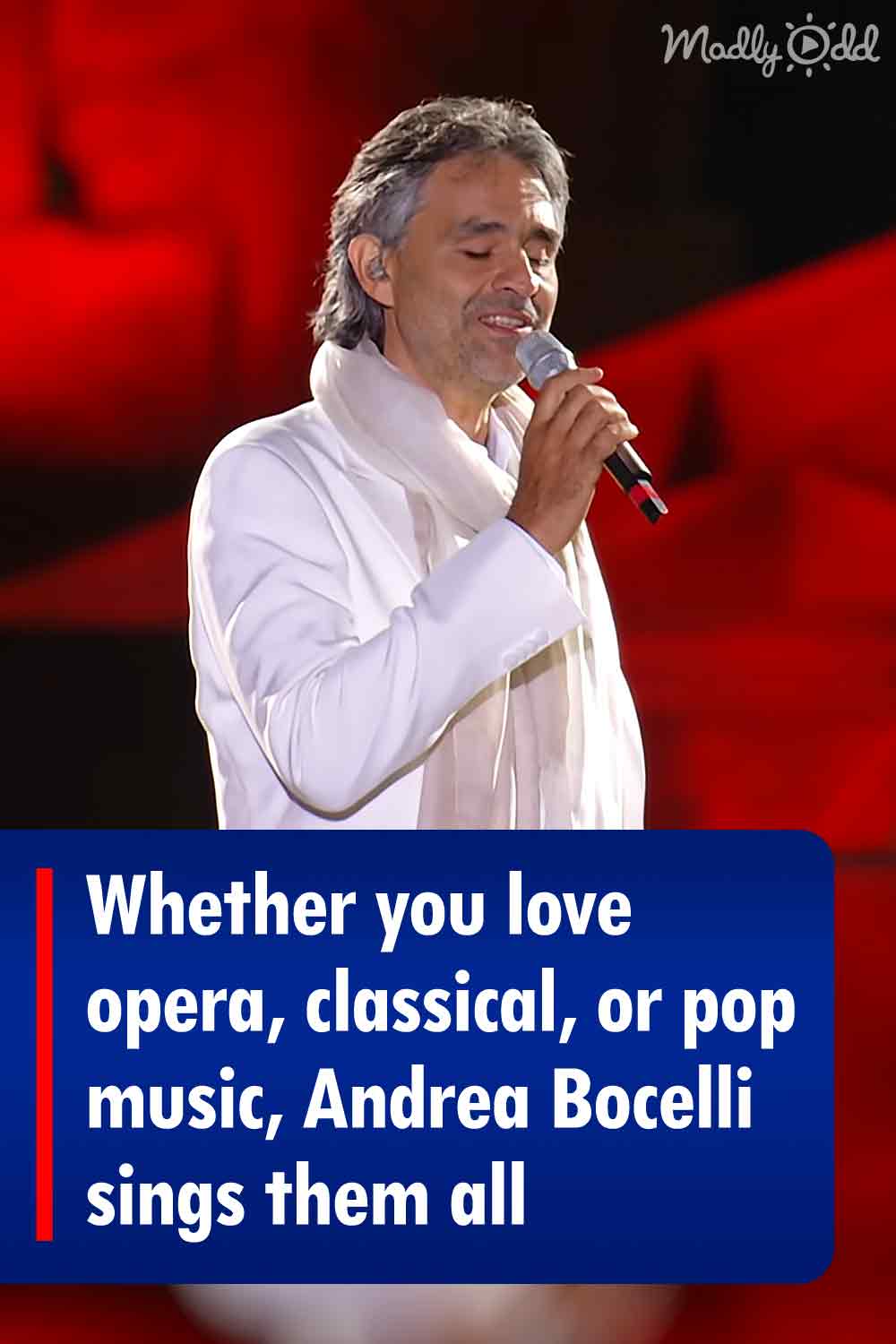