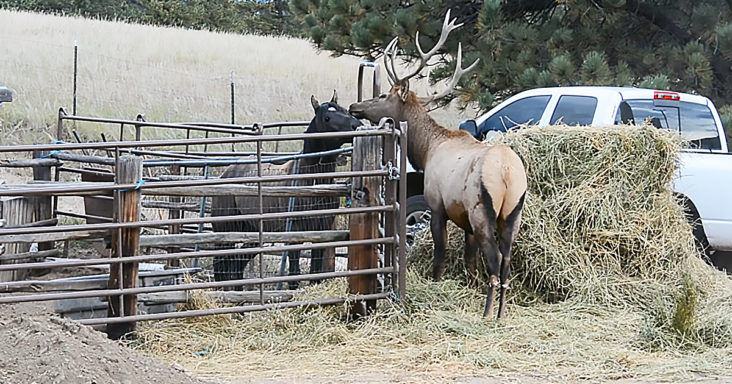 The confused elk just wants to impress the glorious equine behind the fence. He tosses his head and butts his horns against a hay bale, trying to impress the beautiful horses inside.

Elks aren’t exactly horses, but they’re similar enough that this male elk was confused by the beautiful horses on the other side of the fence. This wild elk wandered up to the farm and was immediately taken by them.

Because of the way that elks show their interest, this guy couldn’t help but destroy the nearby hay bale. He tosses his head, tearing the hay out of the stack and tossing his head with abandon.

At first, the horses don’t seem interested. The elk does his best to get their attention, and one finally wanders over to investigate. She seems confused to see hay flying everywhere.

The elk dips his head over the fence, trying to get a good look at her. They touch noses and become fast friends, but he’s still looking for a date.

He seems to strut for her, trying his best to impress, but she only looks around, confused. This elk seems a bit confused, but their interaction is priceless!

And can you believe this? An orphaned elk is adopted by a herd of horses: 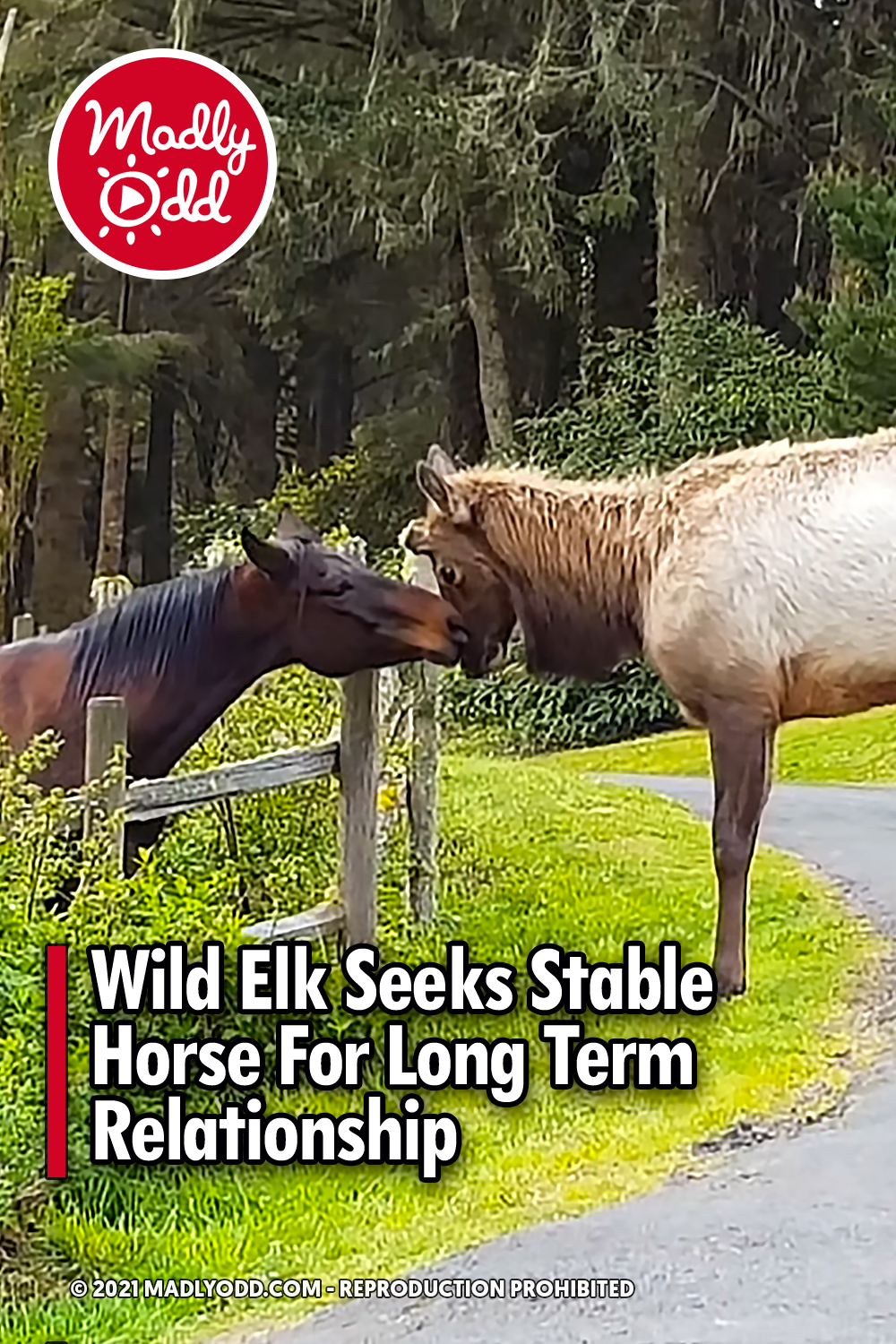