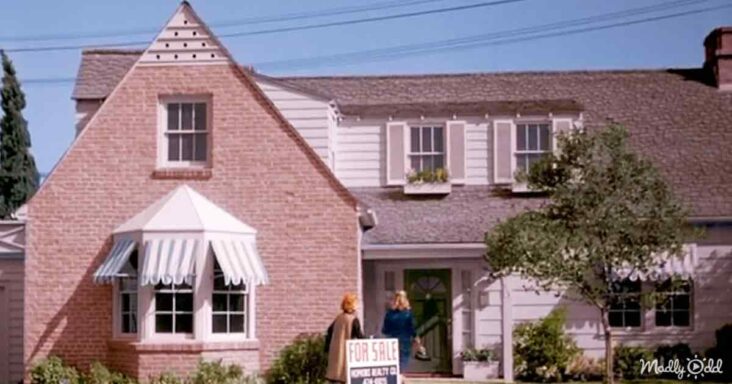 ‘Bewitched’ was a fantasy sitcom TV series that aired for eight seasons from 1964 through 1972. The premise is that a witch marries an ordinary man and vows to lead the life of a typical suburban housewife. 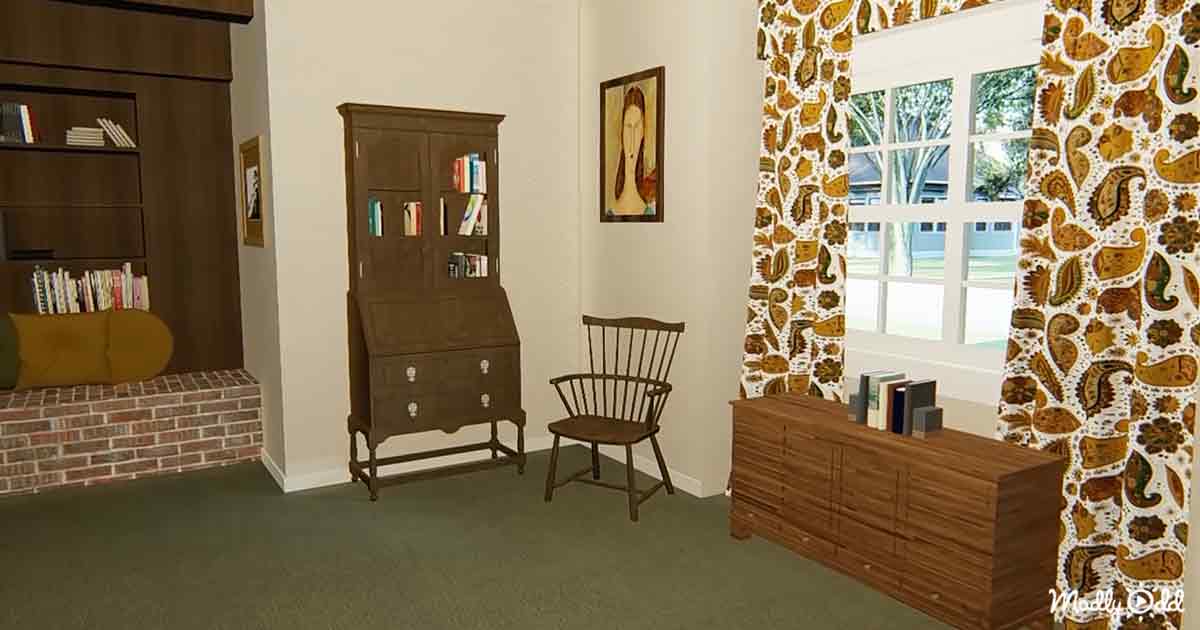 The ‘Bewitched’ home’s address was 1164 Morning Glory Circle. The iconic TV set can now be enjoyed through 3D modeling and a virtual tour. Fans of the show can see the home like never before!

One of the main staging areas for scenes was the living room. There were some changes from time to time, and the fireplace wall changed every two seasons.

The art above the fireplace started as ‘The Old Guitarist’ by Picasso hung sideways. But in season 3, we have a different painting by ‘Grandma Moses.’ And it even changed again. The living room hosted performances, and cars even smashed into walls. This is where most of the comedy happened. 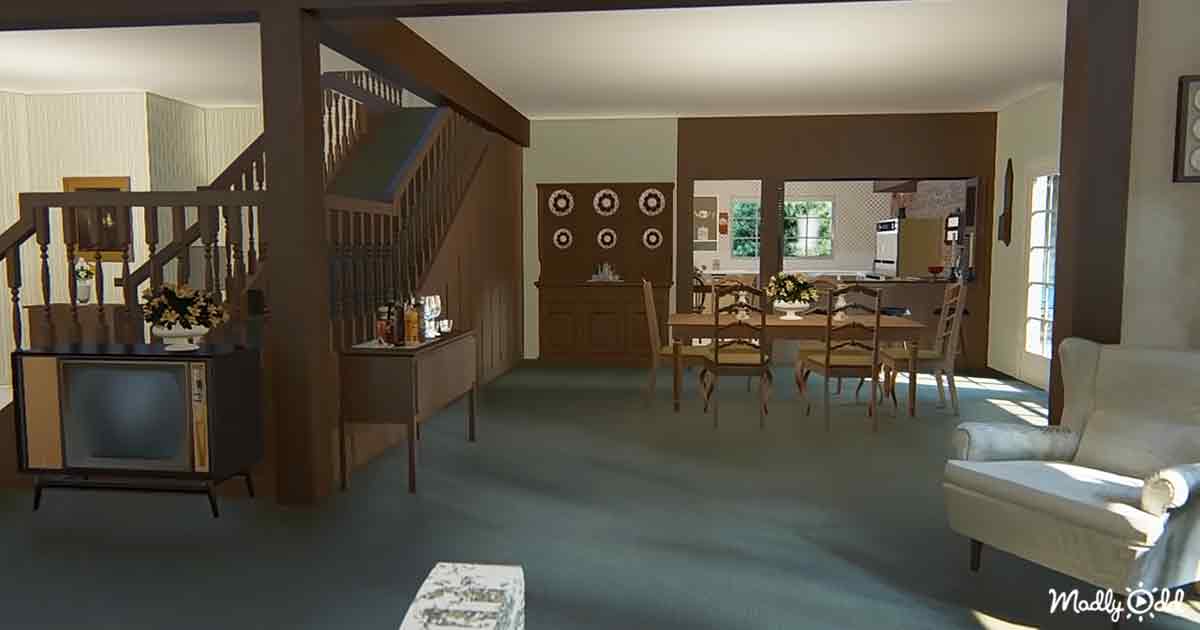 One performance where a woman is dressed in purple and playing the guitar is noted by the director Quentin Tarantino. He called it the single greatest moment in the history of television!

In the dining room, the chandelier was over the table, but by a certain point in the seasons, it disappeared from existence. There was also a nook that randomly showed up under the window for a few episodes but later wasn’t there anymore. David Pierce, a ‘Bewitched’ historian, said, ‘No scenes were ever filmed in this nook.’ 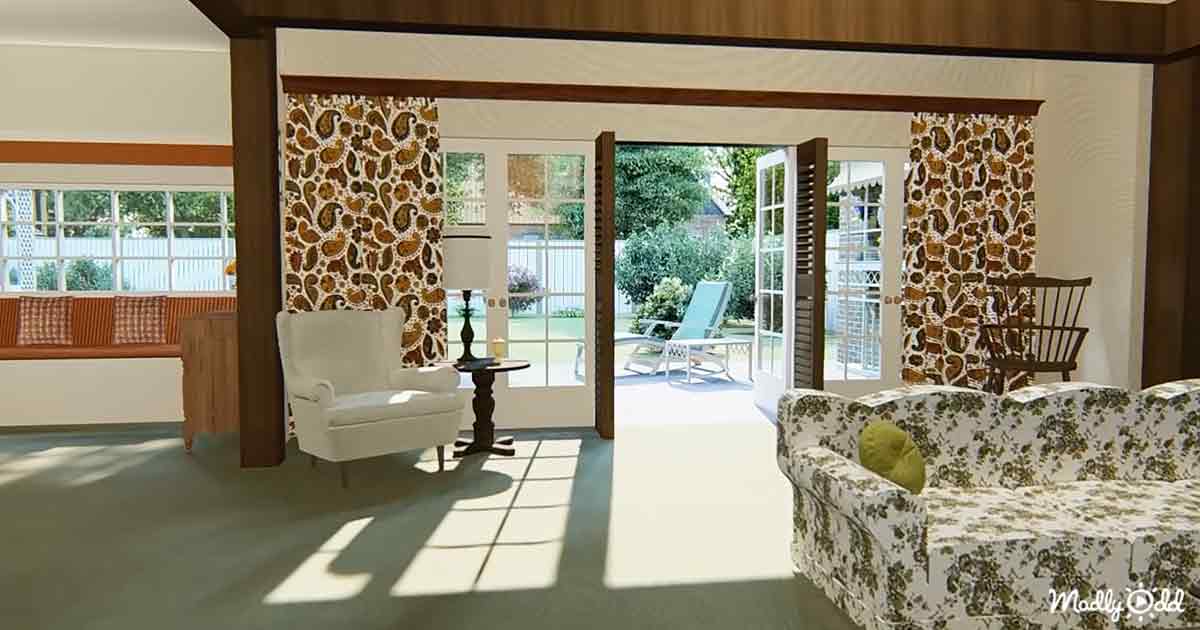 The ‘Bewitched’ kitchen had a unique grill with a fireplace below it. The first season had a blue tile wall, but then it was changed to brick, and the kitchen was entirely changed in season 7.

An interesting fact about the heart necklace that Elizabeth Montgomery frequently wore on the show was that it was a gift from her husband and ‘Bewitched’ director, William Asher. The home we all remember from the classic TV series can be seen in a virtual tour, which will bring back great memories. 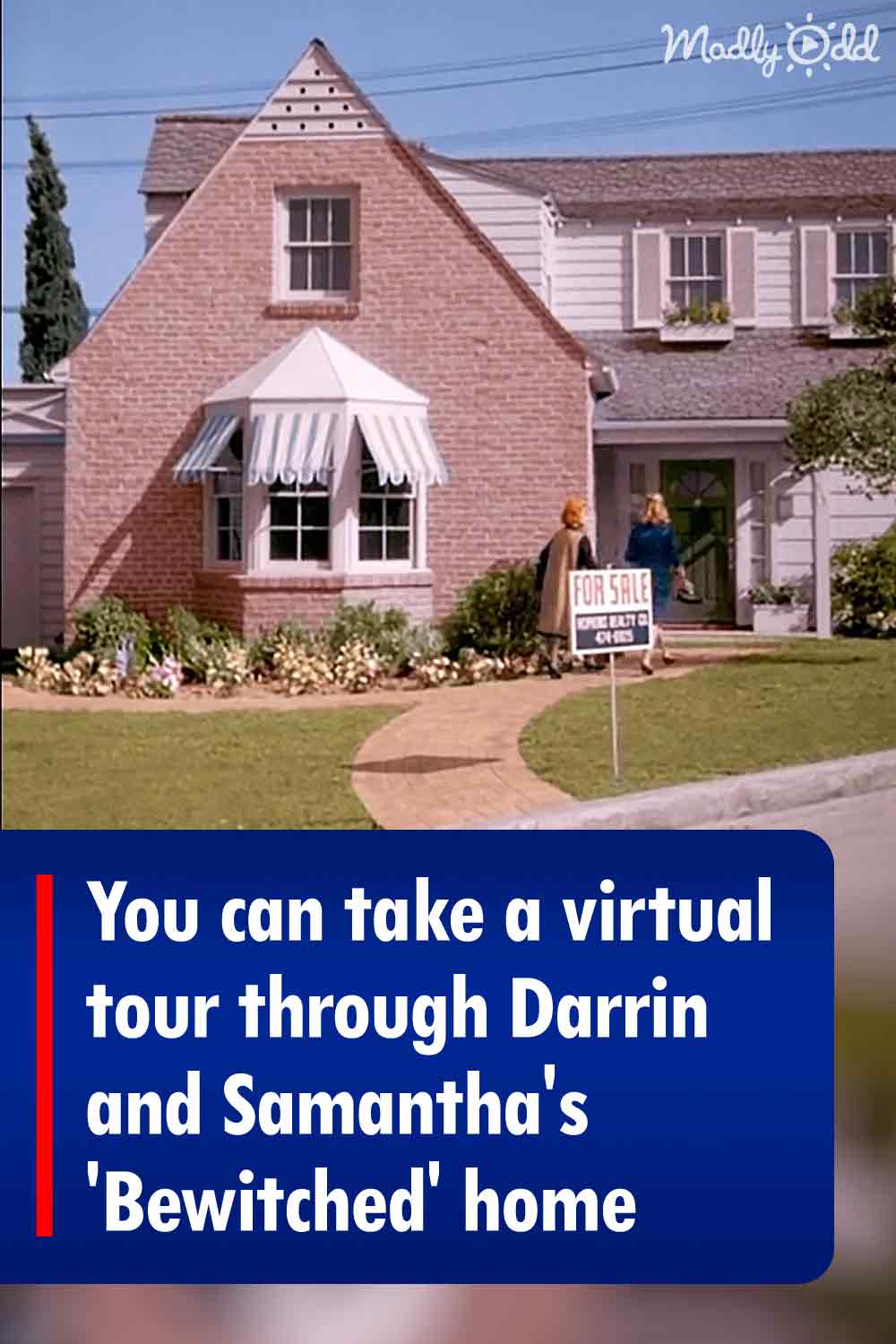