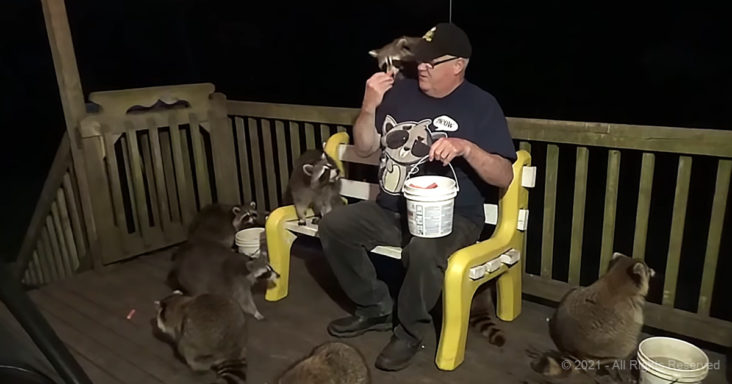 While some people may think of raccoons as dirty animals that just eat garbage, James Blackwood believes otherwise. The Nova Scotia resident has given himself the nickname the “Racoon Whisperer,” and you’ll see why.

After retiring from the Royal Canadian Mounted Police, James found himself outside at home a lot more. Blackwood’s late wife had a passion for the sneaky critters, and James decided to honor her by taking care of them.

He’s been feeding the raccoons around his yard for over 20 years. After promising his wife to keep up the hard work she maintained, he fell in love with the little rascals. Sometimes, like in this clip, he finds himself with 17 hungry raccoons.

One of the best parts about these videos is James consistently gives random facts about the animals or shares stories about his adventurous life. There’s something heartwarming about his kindhearted nature, and we can’t get enough of these video entries. 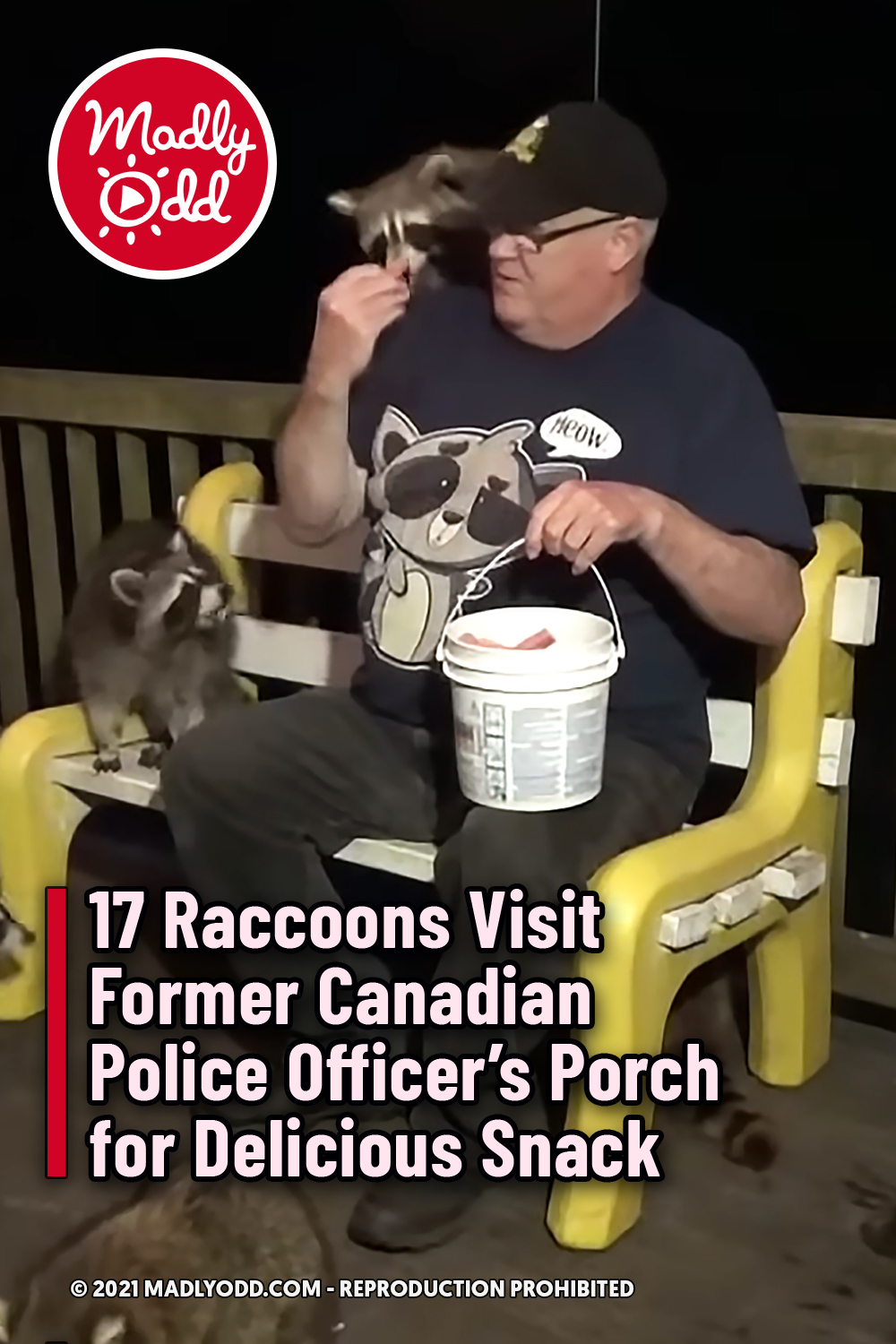