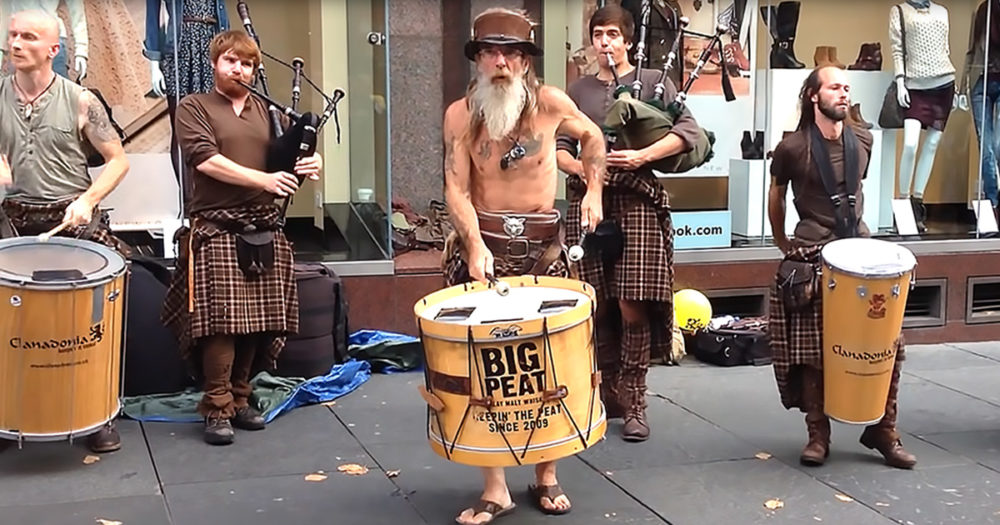 The Scots are known for their ferocious and rousing music, complete with drumlines and bagpipes. As these seven men took to the streets of Glasgow to share their unique sound with the world, these passersby had no idea what they were in for.

Besides getting to ogle at shirtless men in kilts, these civilians are in for a real treat as Clanadonia, a traditional Scottish band, puts on a curbside performance like never before. With stirring drums and not just one, but two bagpipes, we can’t believe the sound they produce.

The members of this merry troupe of musicians have been entertaining the world for over 20 years with their rootsy sound. They even have secured placements in stage, screen, radio, and TV due to their incredibly unique talent.

All-clad in tartan and other traditional Scottish garbs, these seven seem to be succeeding in their mission to share their bagpipe and drum cacophony with the world. But the best part is their utter joy while performing, just look at those grins. 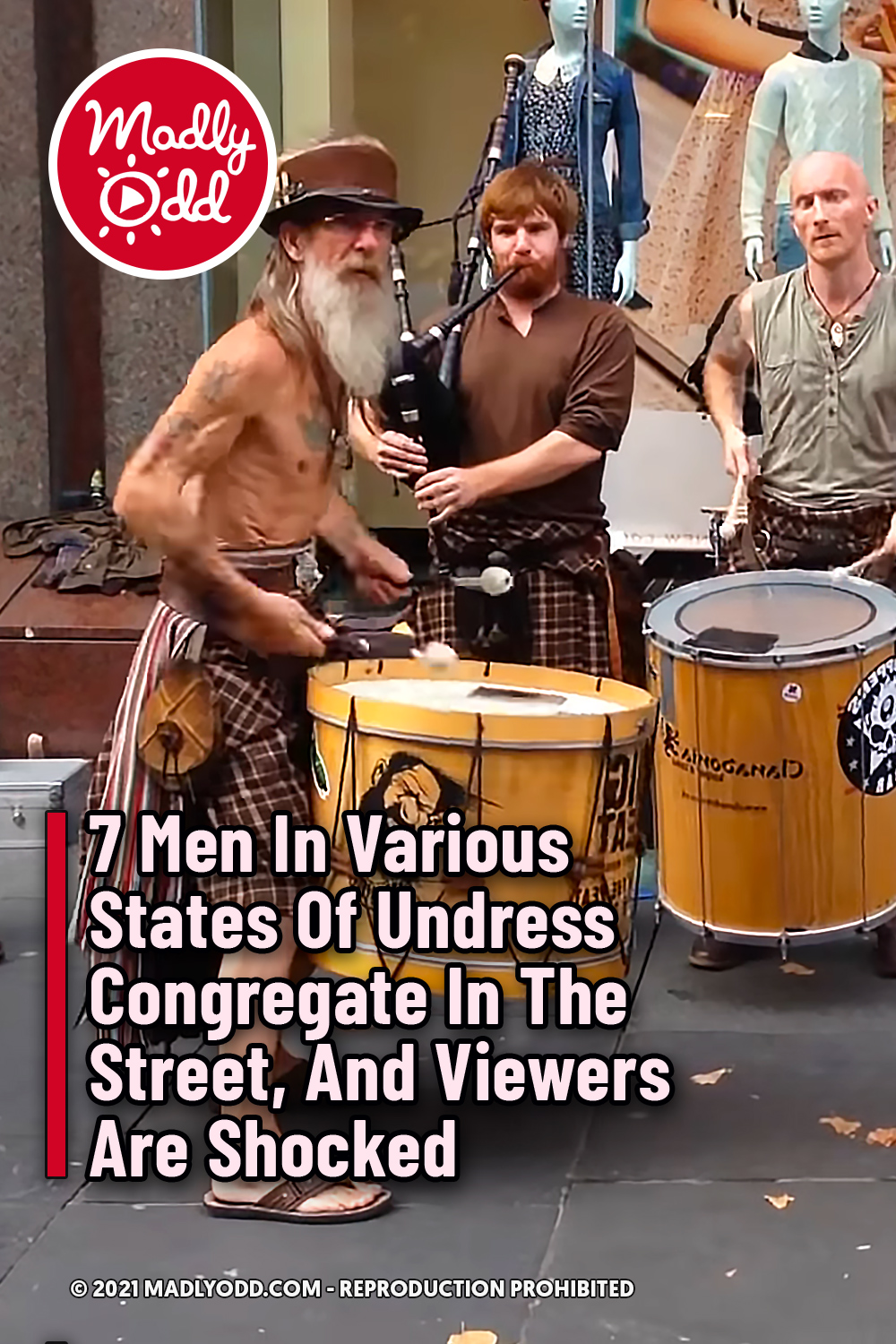