For most of us the thoughts of having a family come so easily, you marry, then when both of you are ready you plan to have your first child and away you go. For some though, this is not the case. What do you do when after years of trying you discover that you cannot have a child of your own? The reason could be many things, but the outcome is still the same. Sadly in some cases this has resulted in marriages falling apart. The blame game starts, which as we all know is the beginning of the end. But it doesn’t have to be that way.

There are several different options that you can choose from. I have some friends who had been trying for years to conceive, but unfortunately they were unable to do so naturally. The path they choose was the way of IVF. Their first attempt failed, but they were determined and before they knew it they were expecting twins. On the first Tuesday in November two beautiful little boys came into the world and made their parents’ lives complete. The story didn’t end there, two years later they tried again and a third boy was gifted to them. The interesting part if this story is that even though there is two years between the twins and there younger brother, they are effectively triplets. 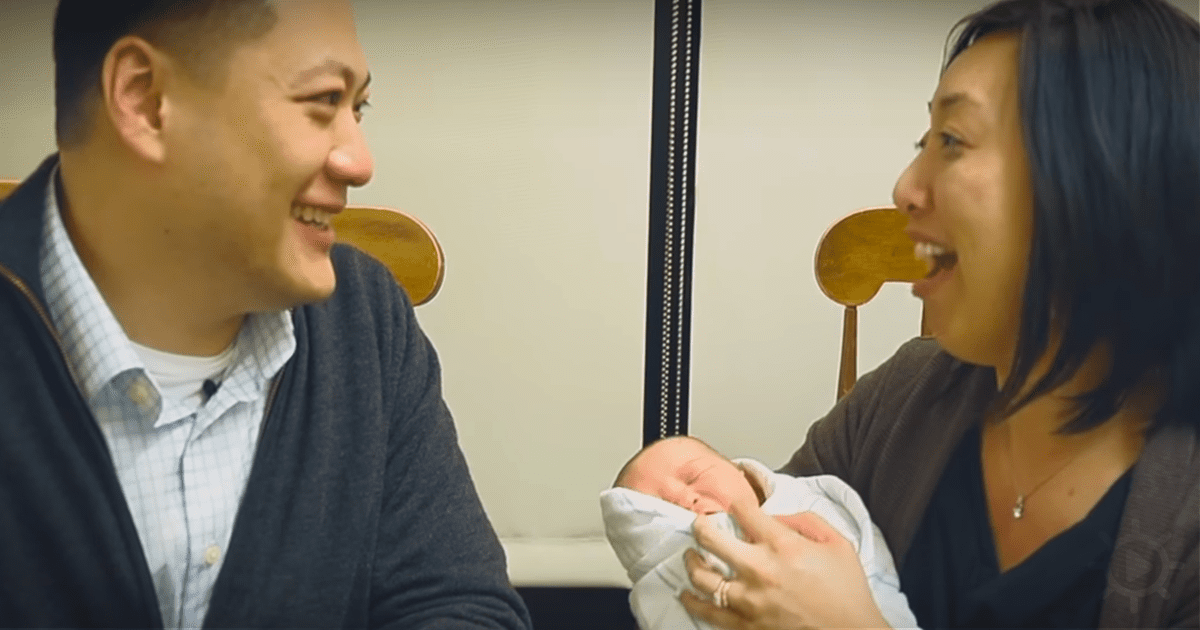 Not everybody is compatible with the IVF program, so their option is adoption. This process can take several years, as there is a lengthy screening process that must be adhered to. It is a huge responsibility to take on a child. You have to be completely sure that it is what you want, and that it is the best thing for the baby as well. When I was younger, my parents has some friends who used to foster children. At any one time they may have up to 8 children living with them. The kids may have had difficulties at home so they would be placed within a home that could care for them until they could return to their own parents safely.

In the video below, we meet a couple who have been trying to conceive a child for 8-years. It became apparent that through no fault of their own, natural conceptions was not possible. They then made the life changing decision to adopt. We follow them as they prepare for the biggest day of their lives as they travel to the hospital to meet their new baby boy. Jacob had come into the world and was a gift from god for this very special couple.

I will tell you now, so be warned, this clip will make you cry, but they will be tears of happiness as you watch the instant bond between parent and child as they meet for the first time. In a flash of an eye your life can change, the happiness that this couple thought could not be possible had suddenly filled their hearts. Get out the Kleenex and hit the link below for the wonderful success story.