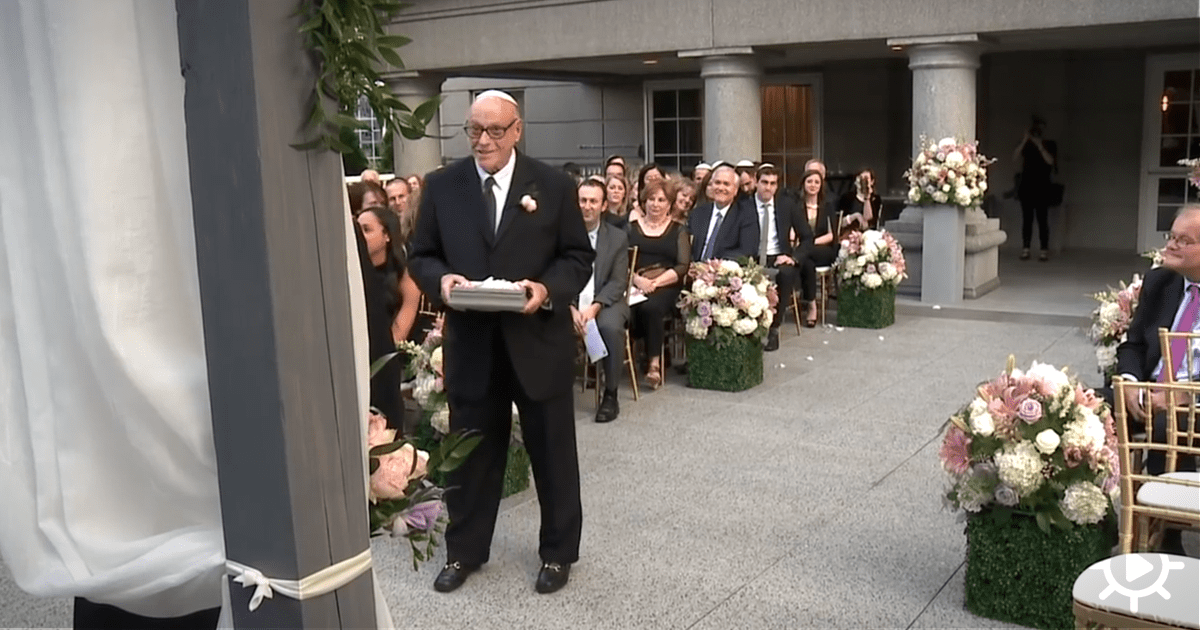 Wedding ceremonies abound in traditions. Some of them go back centuries, while others are much newer. To add some fun and variety, couples have begun throwing in a few well-rehearsed surprises. Special dances have become popular, for instance. Maybe a little too popular: some couples now find themselves working harder to come up with something unique or creative.

Jennifer Briskin and her husband-to-be Austin Tansantisuk of Atlanta, Georgia had their wedding day all planned out except for one thing: the choice of flower girl. Normally, that’s a job for a young relative or a friend’s child, but Jennifer decided to do something a little unusual. Her grandfather Stanley had played a special role in her life, and she really wanted him to be part of her wedding rather than just be a spectator. 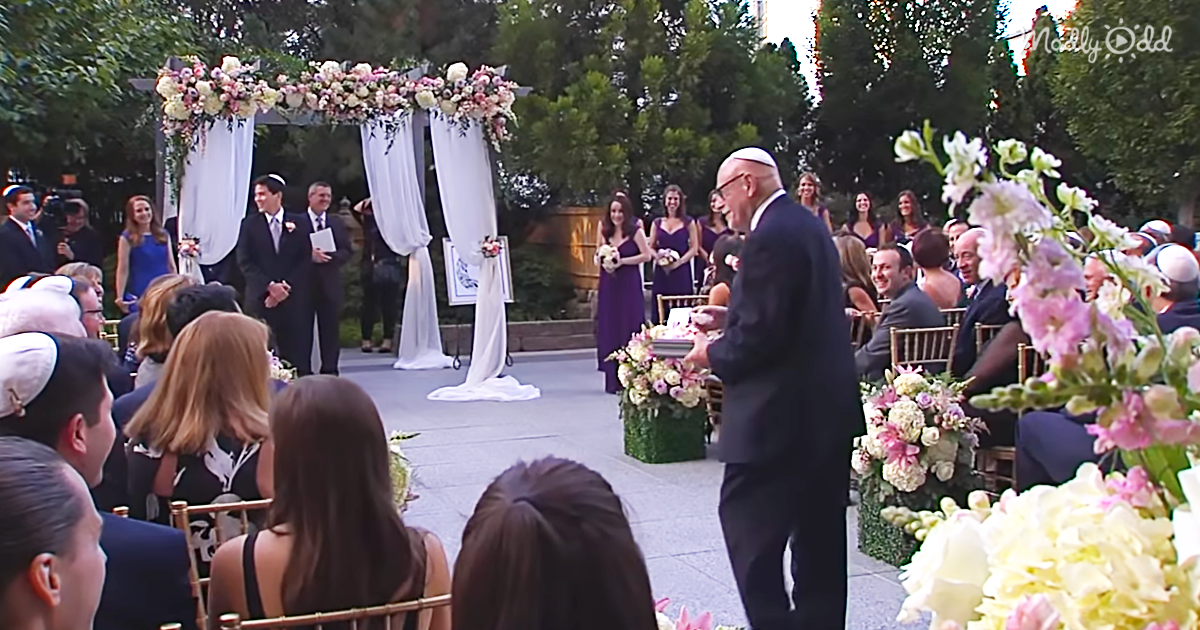 “In thinking about the typical roles of a wedding, I couldn’t shake the idea of him walking down the aisle throwing flowers like a flower girl. I joked with him that I wanted him to be my ‘Flower Grandpa,’ and the idea stuck!” And so, Grandpa Stanley’s customized wedding invitation said, “Papa, Will you be my Flower Grandpa?”

Grandpa Stanley was delighted by the invitation, although he was a bit nervous. His wedding skills were more than a little rusty and, oddly enough, he had no experience in the role of flower girl! Not a problem: he went through a thorough rehearsal with Jennifer and her sister Allison. 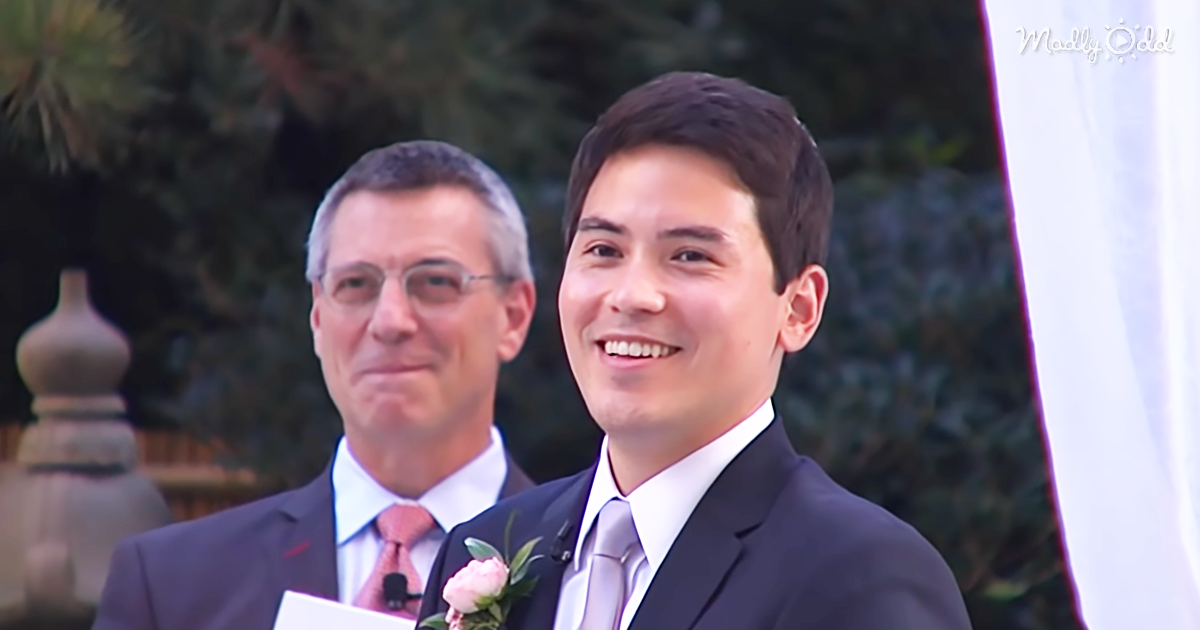 An old joke has someone stopping a musician on a Manhattan sidewalk and asking him how to get to Carnegie Hall; the musician replies, “Practice, practice, practice.” As you’ll see in the video posted below, grandpa Stanley doesn’t seem to have had enough rehearsal time. Instead of scattering flower petals evenly down the aisle, he tosses a few fistfuls randomly into the audience! Everyone thought it was funny and it will be a happy memory from a special day. 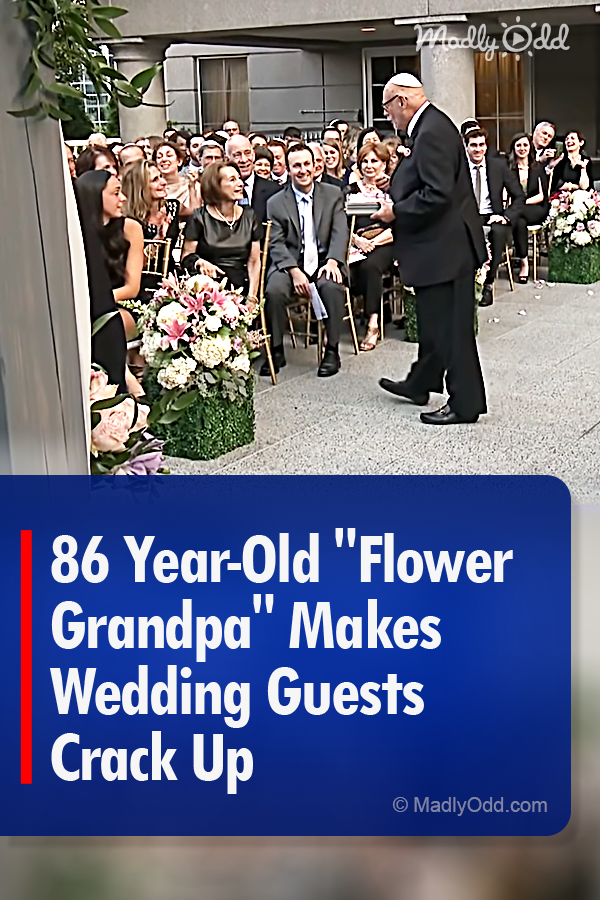