I grew up in a family of Police officers, My father was a policeman, my grandfather, my uncle, then my brother became a police officer and his son as well went on to join the police force. I have seen many things that the police have to do in the line of duty, and I can tell you it is more often than not a thankless job. The one thing that amazed me about every policeman I have ever met, is their memory. They can remember names and places from years gone by and can describe every little detail about any given situations that they may have found themselves in.

My experience growing up around policemen gave me a very good grounding, not to mention a huge respect for the law and its upholders. However, I didn’t have any desires to follow the family tradition and became a law enforcement officer. There are many stories of hero policemen going out of their way to help those that need it the most. The underprivileged of this world who have nobody for support in their growing years.

As a child, 9-year-old “Klynn Scales” of “Kansas City” was in a terrible position. Her home was one of drug abuse and violence, and she had no one that she could turn to for guidance or help. She would have to sometimes go to the local 7 eleven store to steal food to feed herself and her two siblings. But the one thing she did have was the friendship of one of the local police officers. Klynn didn’t even know his name, this hero who would always come to see her on his daily patrols of the area.

Then one day while making his rounds the police officer noticed that something was not quite right. His regular morning meeting did not occur, this had him extremely worried. He decided to check young Klynn’s house to make sure she was ok, what he found inside was a very sick little girl in her bed needing urgent medical attention. The officer then took her to hospital where she was treated for malnutrition.

Twenty years later, Klynn had resettled in Texas, but had never forgotten this guardian angel that had looked after her as a child. She never had the chance to thank him for all that he had done for her so she decided to try and find her hero. She contacted local police sergeant Jennifer Jones who did some investigating and came up with the name “Jeff Colvin”. At last Klynn could thank the man that had made such a difference in her life.

She told local television station “Fox 4 Kansas City” who covered her story “Through all the bad situations, I would just picture him saying that he was there for us and that if we ever need him, he would be right there. He would always protect us, and so those words would come to me during the worst of my childhood life”. Now, after so many years she was finally getting her chance to thank a very special person who undoubtedly saved her life. 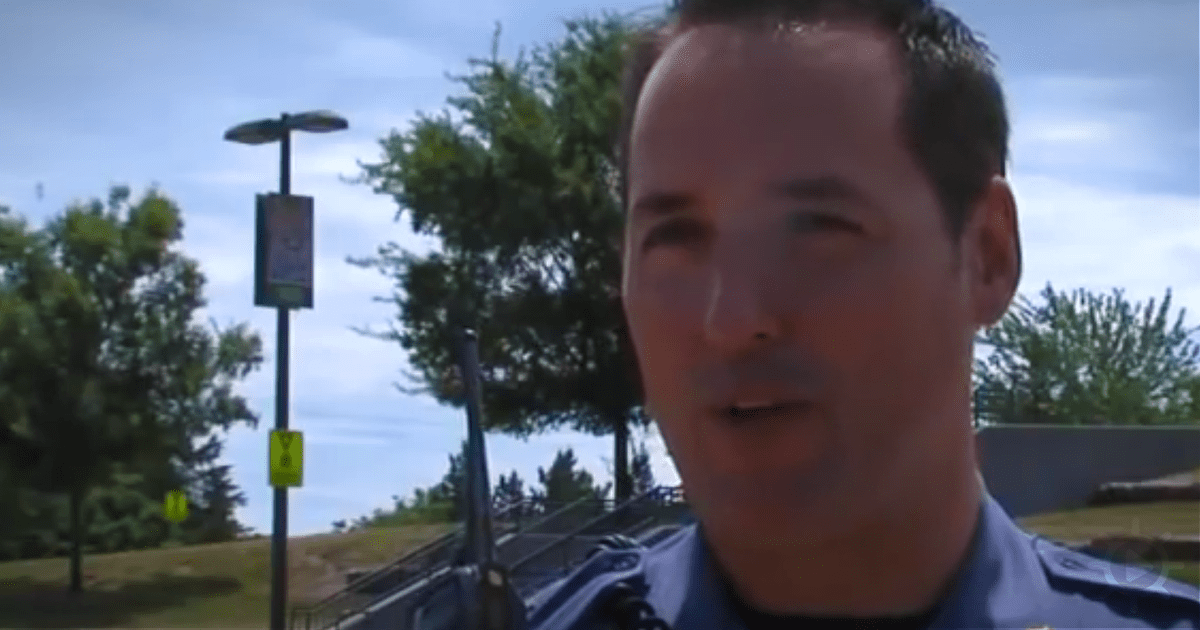