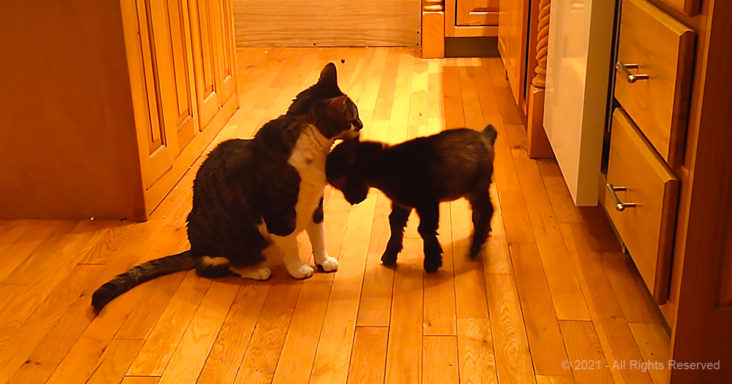 A baby goat attempted to charge at a housecat, but failed in the funniest of ways. His feeble attempts at headbutting were caught on camera for millions to watch.

On a normal day of being a pet, a housecat attempted to pass through the kitchen to his designated nap area. In his way stood a baby goat, doing its best Gandalf impression. Unfortunately for the goat, the cat passed and did so in the most nonchalant way possible.

The look on the housecat’s face when confronting the goat says it all. He rolls his eyes and attempts to sidestep in a different direction.

Once the cat casually slips by, the baby goat takes a headbutting position and attempts to headbutt the rear of the cat. A bold move for sure, and one that ultimately failed. The closer the baby goat got to the cat, the more he realized the size difference.

Several attempts to headbutt led to the baby goat pulling up at the last minute. The housecat was more forward and gave out a warning nip to assert dominance.

This cute back and forth has been viewed millions of times and is a good sign of how two different pets can get along. The baby goat lost, but he learned a valuable lesson about biting off more than he can chew. In a few years, a growth spurt may change the battle in his favor. 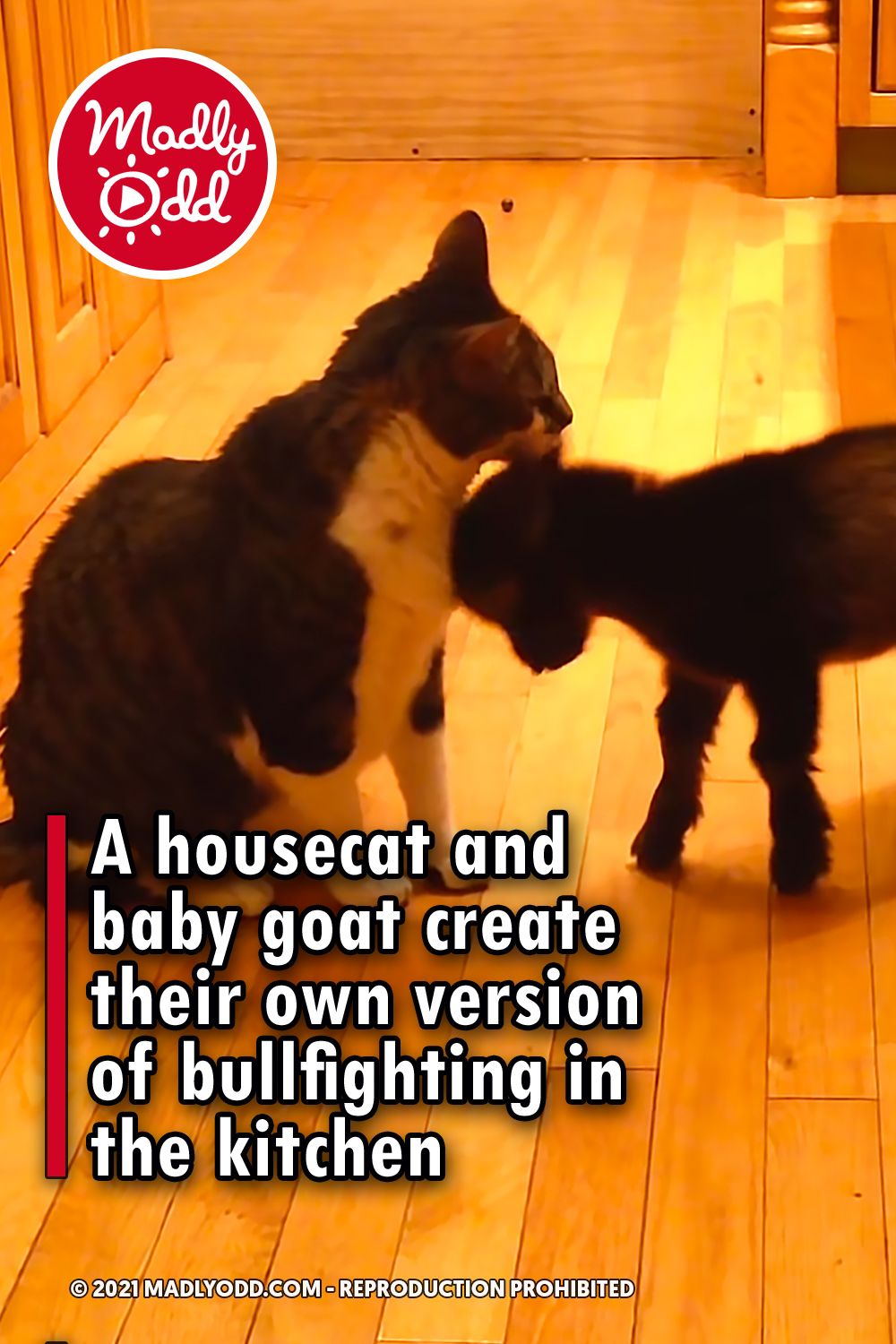