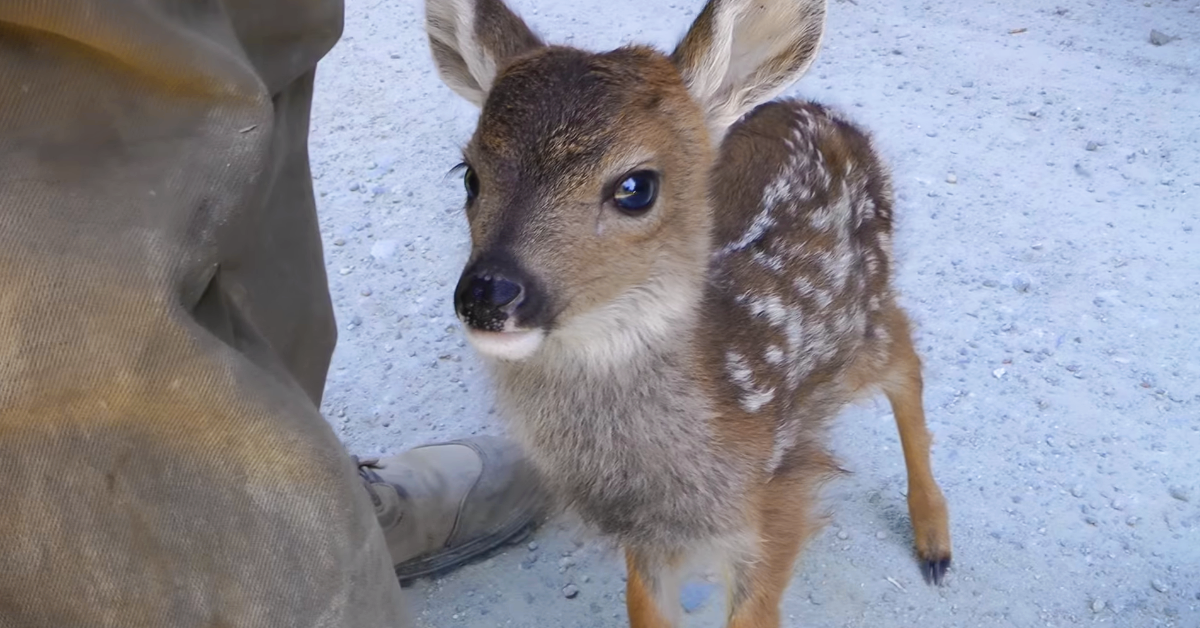 It was just a typical day for this logger. He was rolling on through a trail to get to his next stop. It was a beautiful day the sun was shining, and he had already loaded up his truck. It had been a good day as he had been lucky. He was able to load his truck with very few stops. If you’re a tree logger, that’s the sign of a very good day. Suddenly, he sees something that makes him stop.

He’s used to seeing many different animals in his line of work. After all, he’s outside all day, so seeing a cute or not so cute animal is part of the job. He had seen some bears in the past but have learned what their usual paths were, so for the most part, he did an excellent job avoiding them. Bears were just a fraction of the animals he would see, but most of them were harmless for the most part. 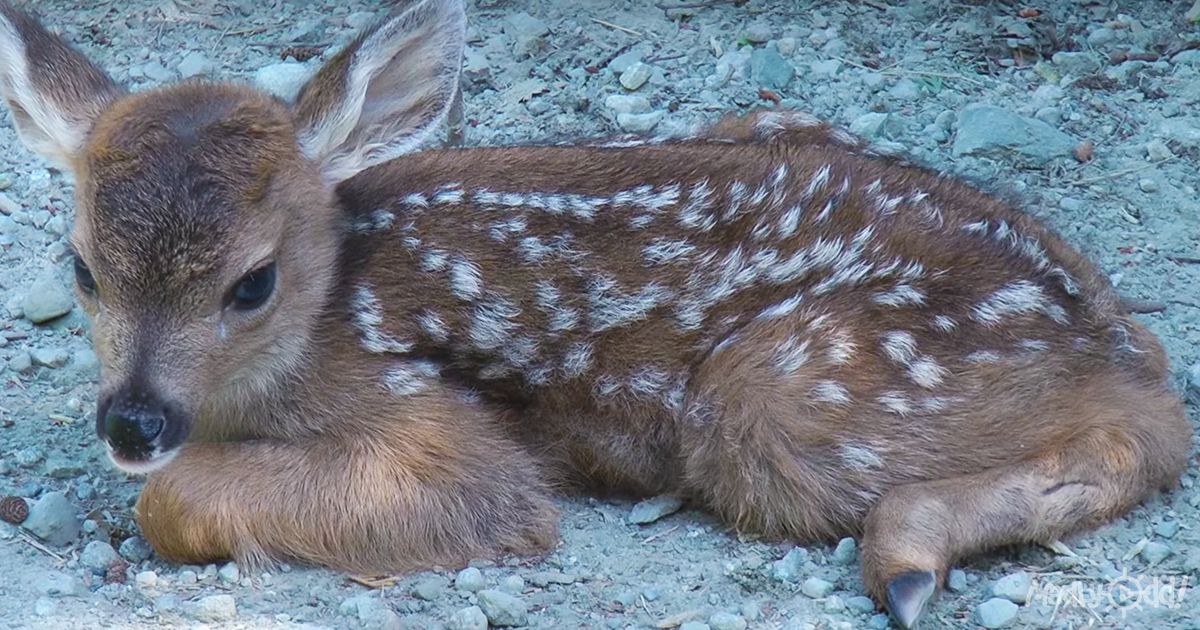 This day would turn out to be very special.  On side of the road, he saw not one, but two little fawns. They were just hanging out sitting on the gravel, not doing much. The two of them were there but one of them was a little farther down the road. Then, he noticed something that caught his eye. The one closer to him had taken a sudden interest in him.

For this reason, the fawn had let him approach her until he was only a few feet away. He approached the fawn and said to her, “What’re ya doing?” He was trying to find out if the fawn was relaxed or nervous. The past encounters with deer had been with him standing several yards away from them.

The next thing the fawn did really took him off-guard. She stands up and approaches him, sniffing and rubbing her back on the logger’s leg, just like a cat would. The logger can’t believe it. He laughs and says, “No, I’m not who you think I am…” He is recording the incident and he still cannot believe his eyes. The fawn has gotten so close, that the markings on the fur are remarkably defined on camera. The fawn has changed his demeanor now, she is a little more perked up and standing a little taller.

The logger notified the local ranger who set up night vision cameras that night to make sure the little deer had a mother. Later on film they luckily saw a large female deer and the exact same fawn, so we can all breath a sigh of relief. Be sure to pass this video along to a friend to inspire kindness in the world.

If you liked this heartwarming story, then share this with a friend.