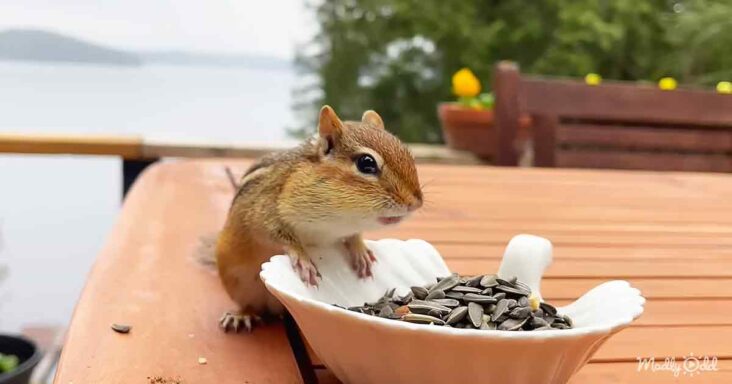 A Canadian woman living near a lake with an ideal setting to interact with the wildlife found herself getting close to several chipmunks living in the area. So she used to explore the whole site and named her chipmunk friends. 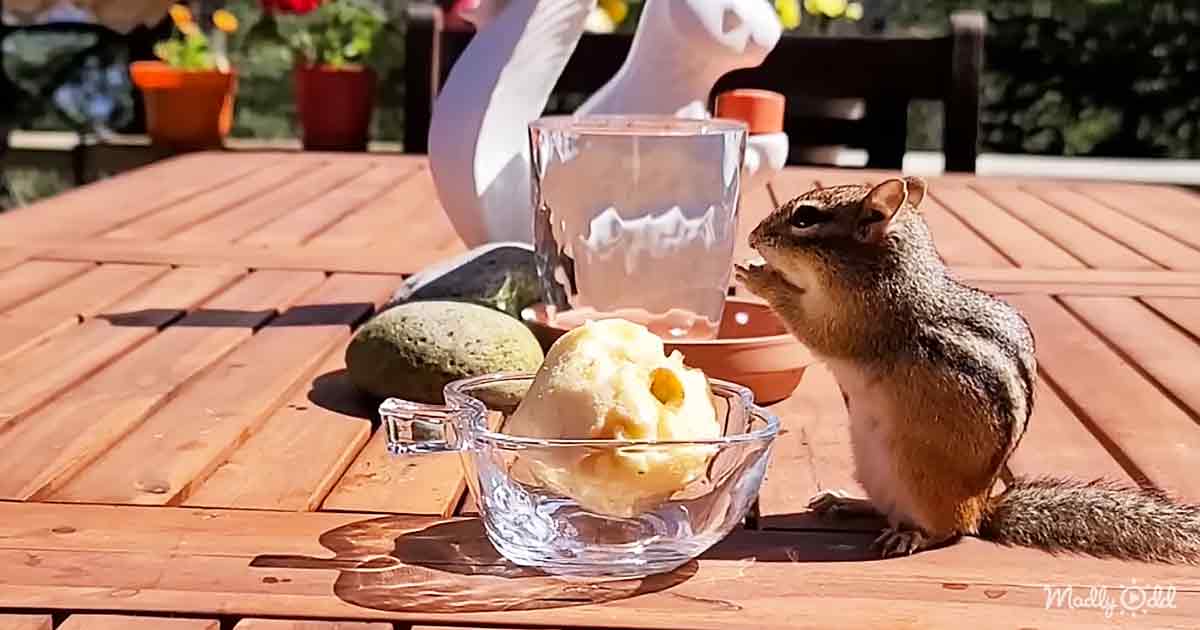 Jenny, a senior chipmunk, was 5-6 years old, whereas Terry was the youngest chipmunk (1-year-old). The third chipmunk, named Wally, was the naughtiest of the lot. However, the woman was not sure about Wally’s age.

Jenny did not visit her human friend so often. Thus, the woman offered the chipmunk, both fruits and seeds. However, as she started to eat, Wally decided to push Jenny out. The intimidating chipmunk ate all the fruit seeds but left the fruits as they did not have mealworms in them. 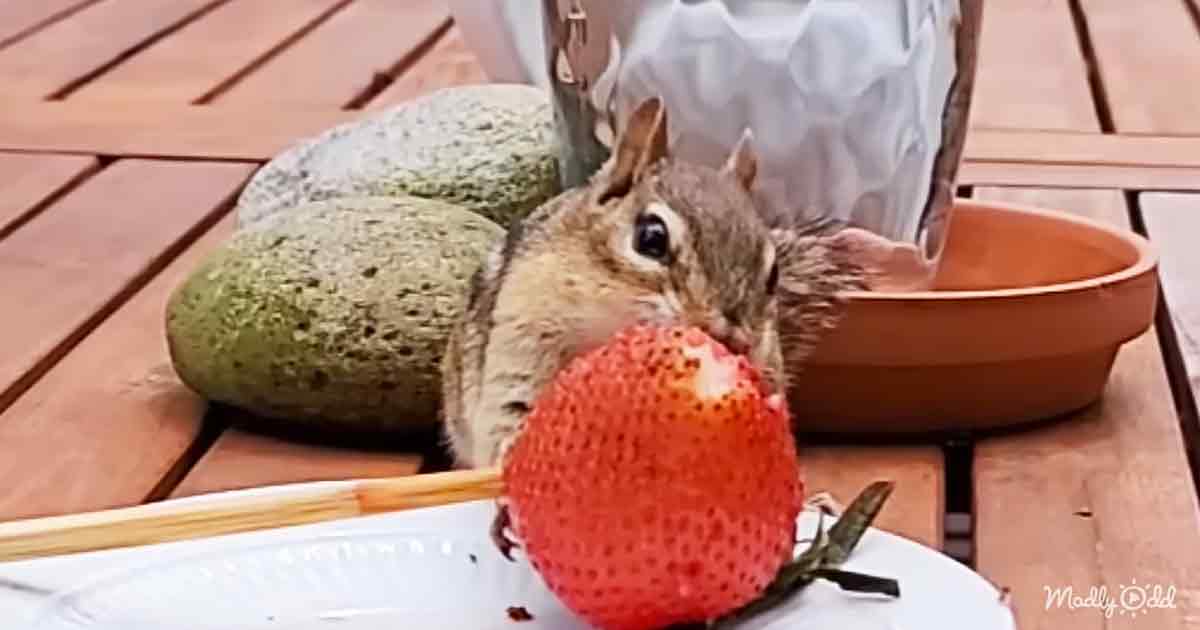 Wally was no longer interested in the fruits, so she sat on top of the fruit bowl and ate the seeds. On the other hand, Terry had his mouth pouches full, but he kept stuffing the seeds in.

The human friend of the chipmunks decided that she would help the timid senior chipmunk to have the best meal. So she brought the fruit bowl towards Jenny, which had the mealworms. 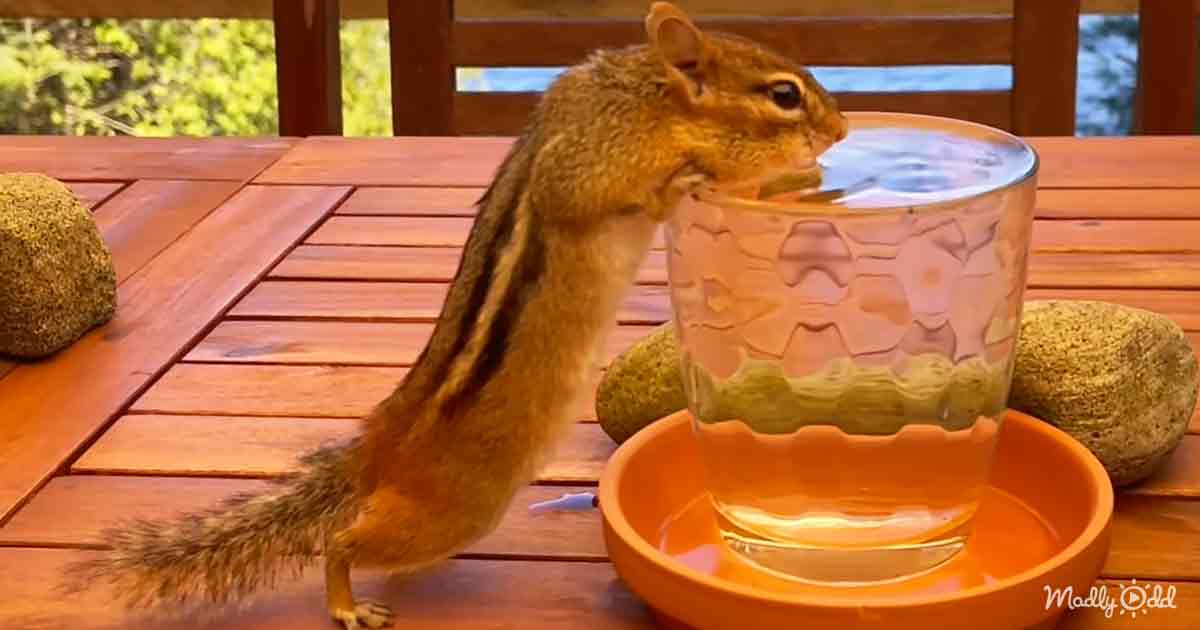 Jenny picked the mealworms from the fruit. The delicious fruits these chipmunks were obsessed with were strawberries and apples. Despite her age, Jenny was energetic. First, she happily ate the strawberry, and later Terry ate the apple.

Terry and Jenny took chances at finishing off the delicious apple. Jenny’s human friend was worried that she would be weak and timid with age, but she knew how to live her life with great enthusiasm. 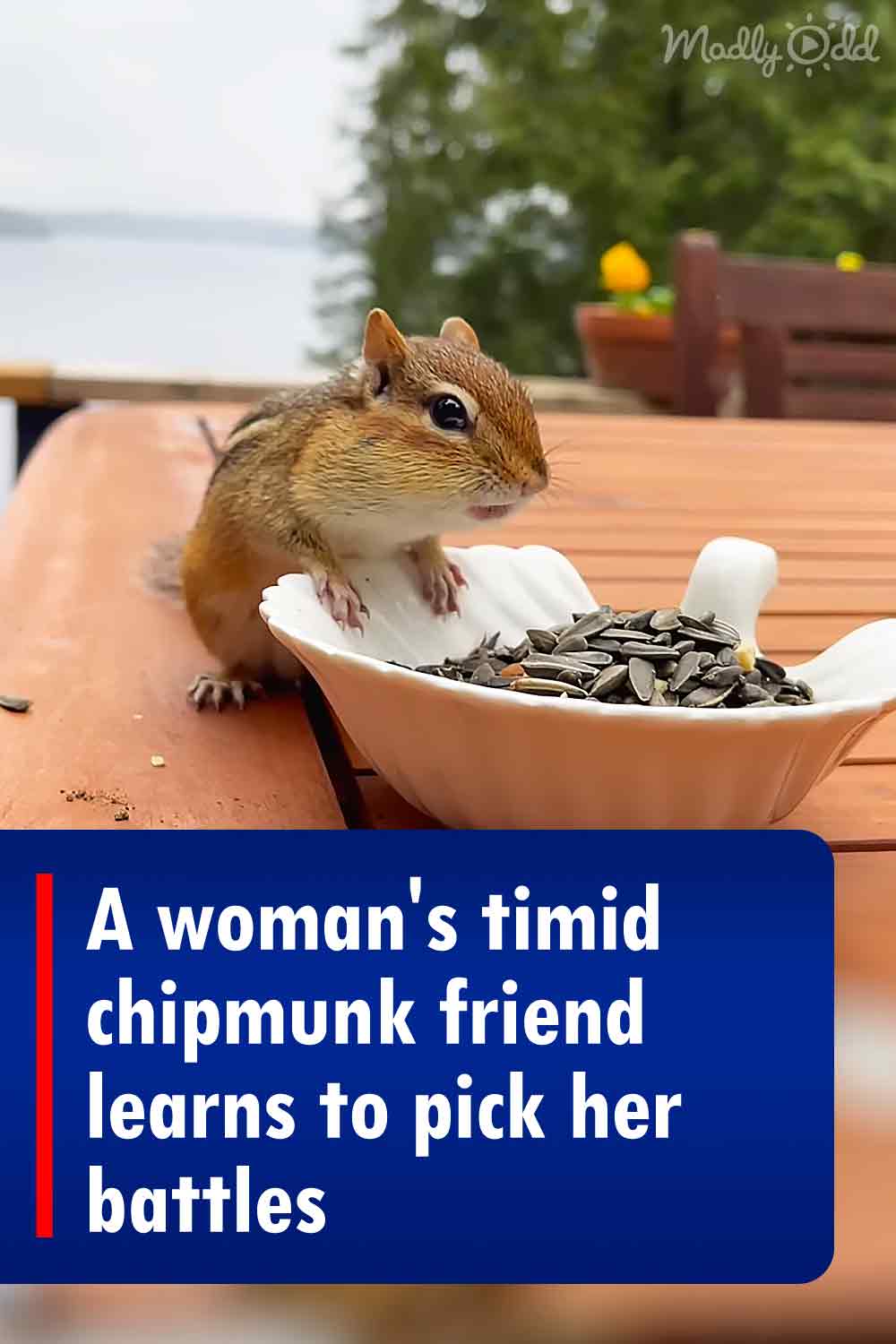