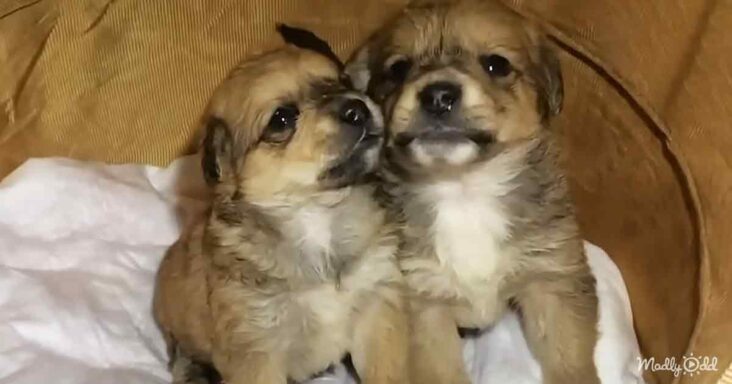 Recently, a dog rescue center in Mladenovac, Belgrade, Serbia, found 2 female puppies. The puppies were kept in a box and abandoned outside the shelter. The poor babies were shivering in the cold.

The rescuer immediately picked up the cardboard box and was happy that he found them in time. He made sure that the little puppies were not hurt in any way. However, the two pups seemed to be dehydrated.

So, the rescuer decided to feed the puppies on the spot. He took a thermos of warm milk and transferred some of the content into a feeding bottle. Then he grabbed the puppies one by one and fed them. 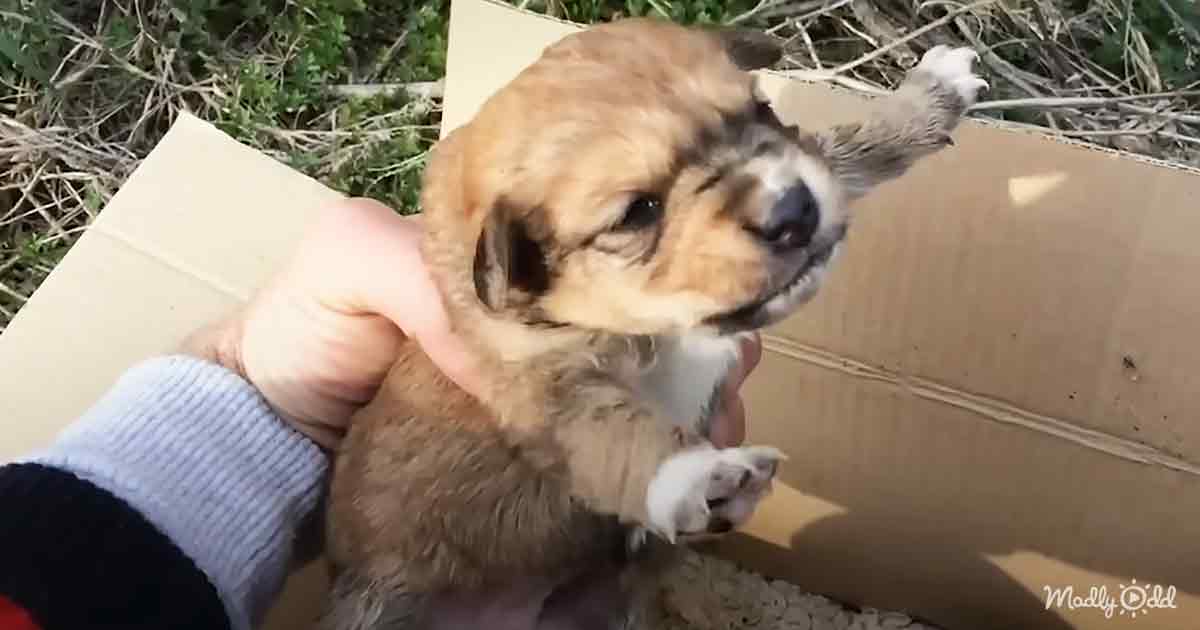 The kind man wanted the babies to know they were safe before they took them to a foster home. The babies were starving and gulped down the milk. Before leaving, the rescuer checked to find if their mom was also around.

However, there was no trace of any dog in the area. Soon the babies arrived at their foster home. There they took a bath and were fed at timely intervals. 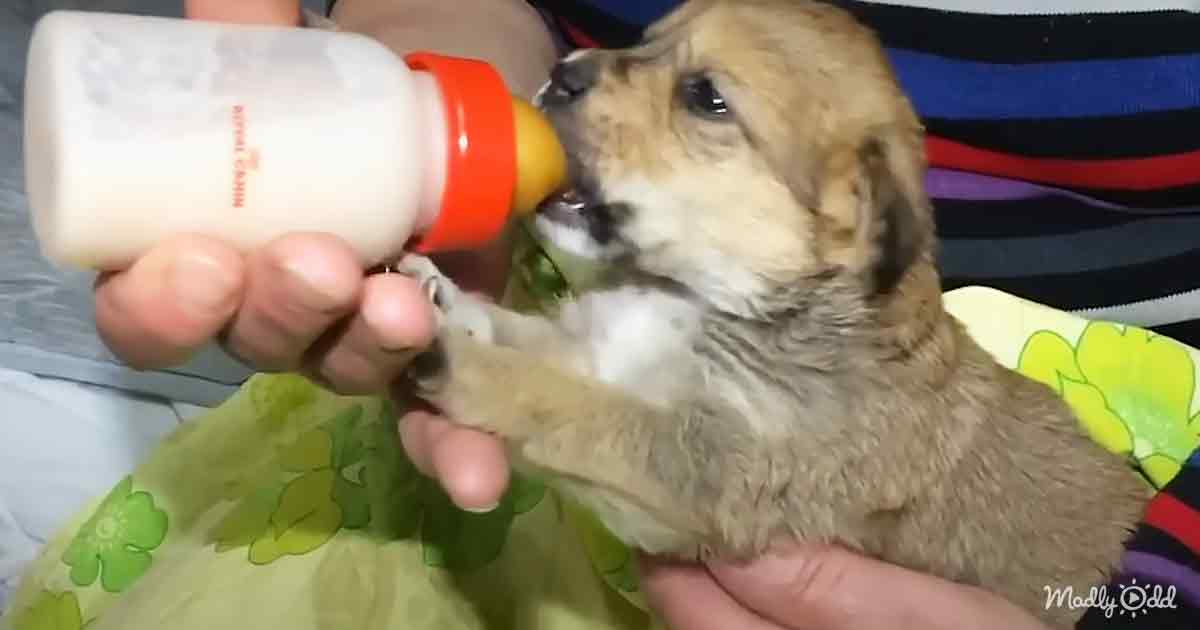 The rescuer decided that the puppies needed to get all the vaccine shots to stay healthy. The foster dad had decided to find the two girls their forever home after they grew up.

Once the puppies were big enough, they quickly got adopted. One of the puppies, Meri, got adopted by her new dad, while Mona now has several siblings. Both the dogs now had a happy family with loving parents. 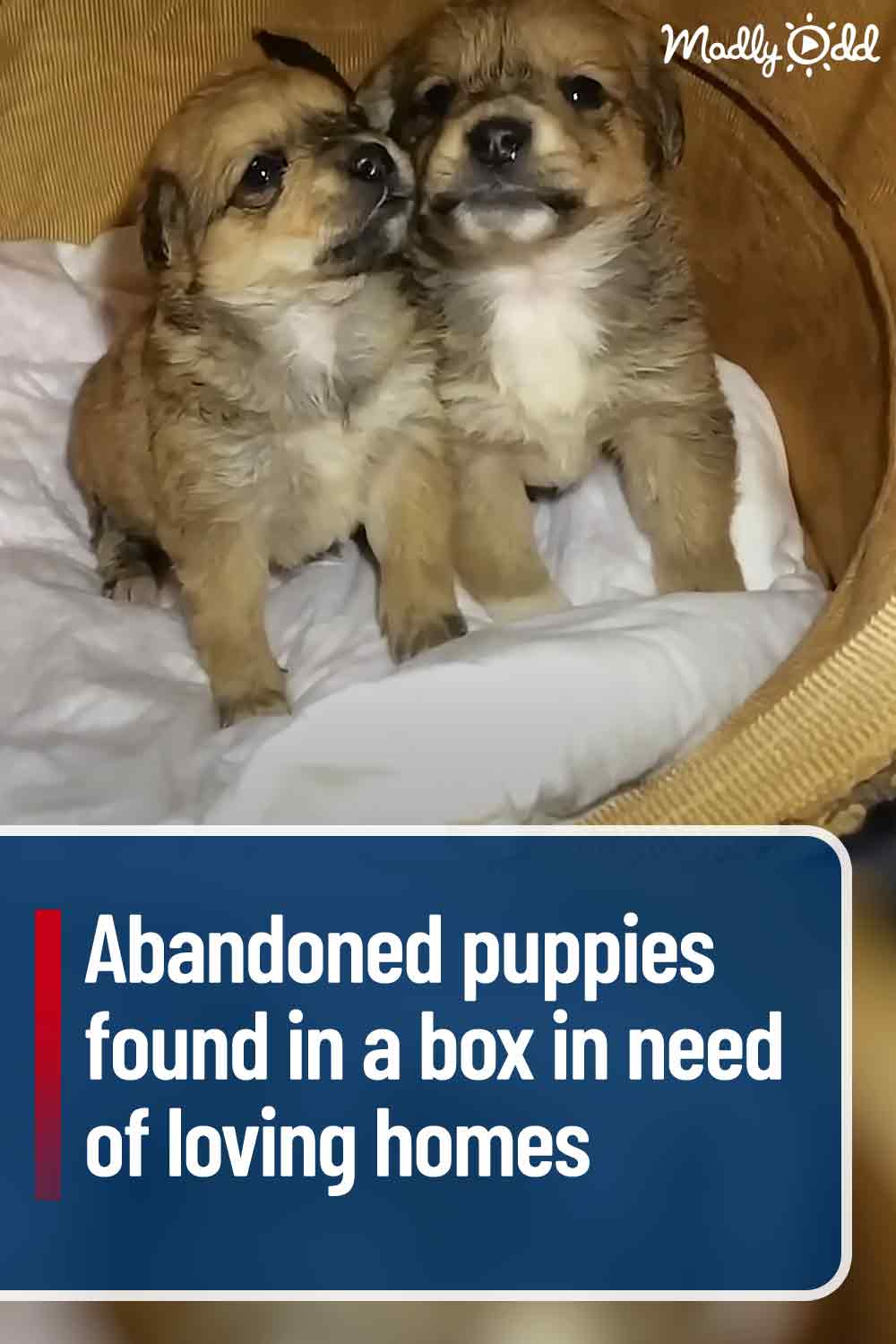