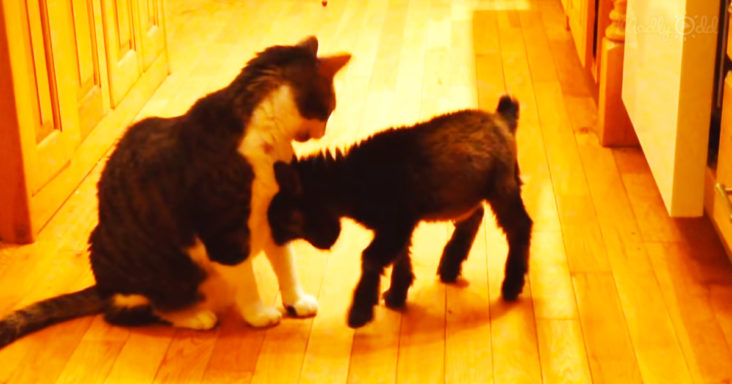 A cat walks around simply minding its own business, trying to get past a baby goat. Cats are known for their free and independent spirits, and their interesting relationships with other animals.

When the baby goat starts clomping and stomping with its hooves near the cat, you know something hilarious is about to take place. The goat lowers his head a few times, trying to get close.

It is unclear at first what the goat is trying to accomplish, then you realize with his movements that he is trying to headbutt the cat, playfully of course. But as a baby, he isn’t that big. 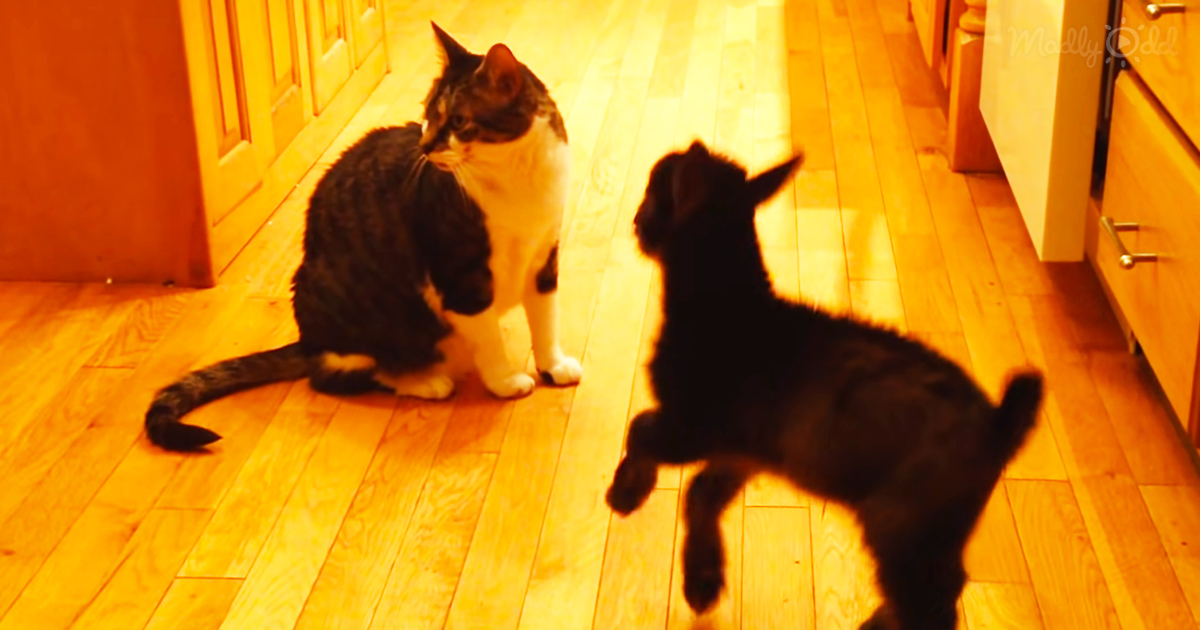 In fact, the baby goat is picking on someone who is bigger than him, a brave mission indeed. When the cat circles away, the goat receives some encouragement from the man holding the camera.

The baby goat gets closer to the cat again, lowering his head and preparing to strike. Jumping up and down, hooves slapping against the floor, he inches closer and closer.

Finally, he is within striking distance, head lowered to match the height of the cat’s body. He charges with his tiny legs then he makes contact. Not once, but twice he headbutts the cat playfully.

As you expect the cat isn’t much too happy about this. He shows his fangs and shows the goat that he will bite him if he messes with him. The baby goat knows who’s boss. 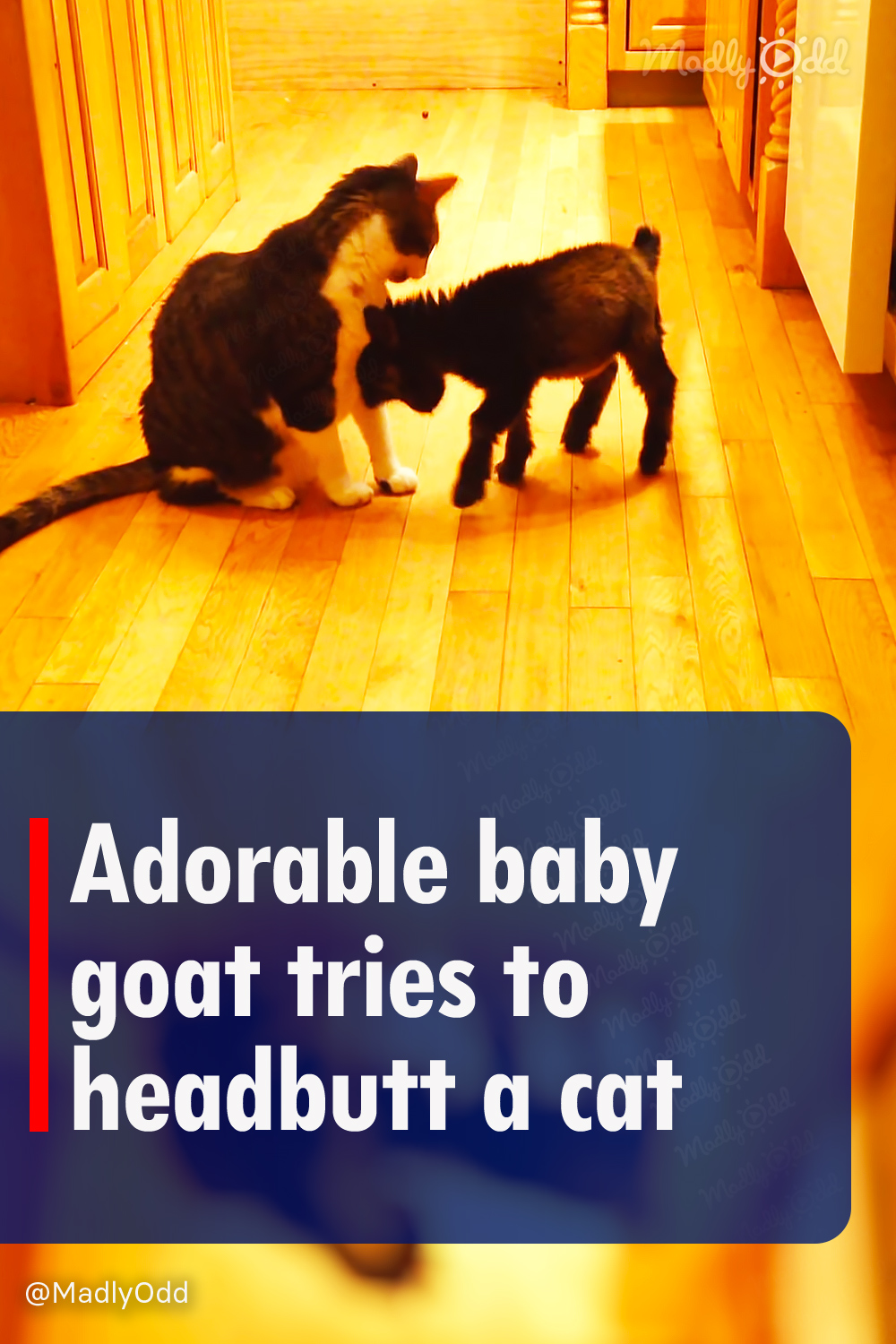