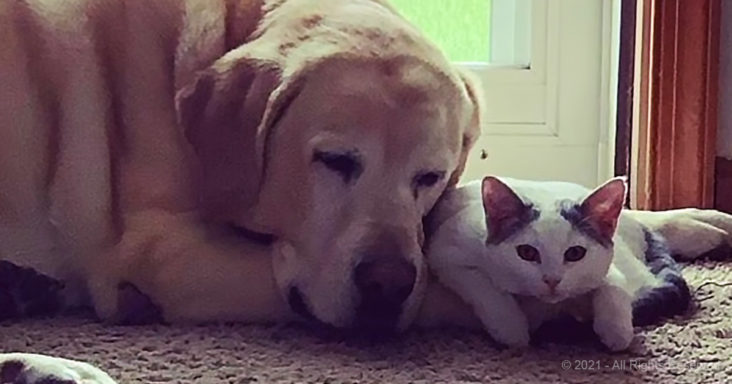 When a little orphaned kitten is all alone, there is no telling what life will be like for them. But for little Polly, she found the forever family she deserves and the best buddy that has never left her side.

Morgan has five four-legged family members of her own. She never knew that a sixth one would arrive sooner rather than later.

When Morgan heard a faint “meow” on her farm, she let one of her cats out and managed to track down a kitten that had been left behind. After being brought in, Morgan gave the kitten a bath and nursed her to health.

The kitten (now named Polly) was quick to make a friend with Pax, Morgan’s 12-year-old dog. Since then, the new dynamic duo has never left each other’s side.

Polly soon became part of Morgan’s family (and rightfully so). A year later, Polly has grown up.

But the bond between her and Pax is still stronger than ever. 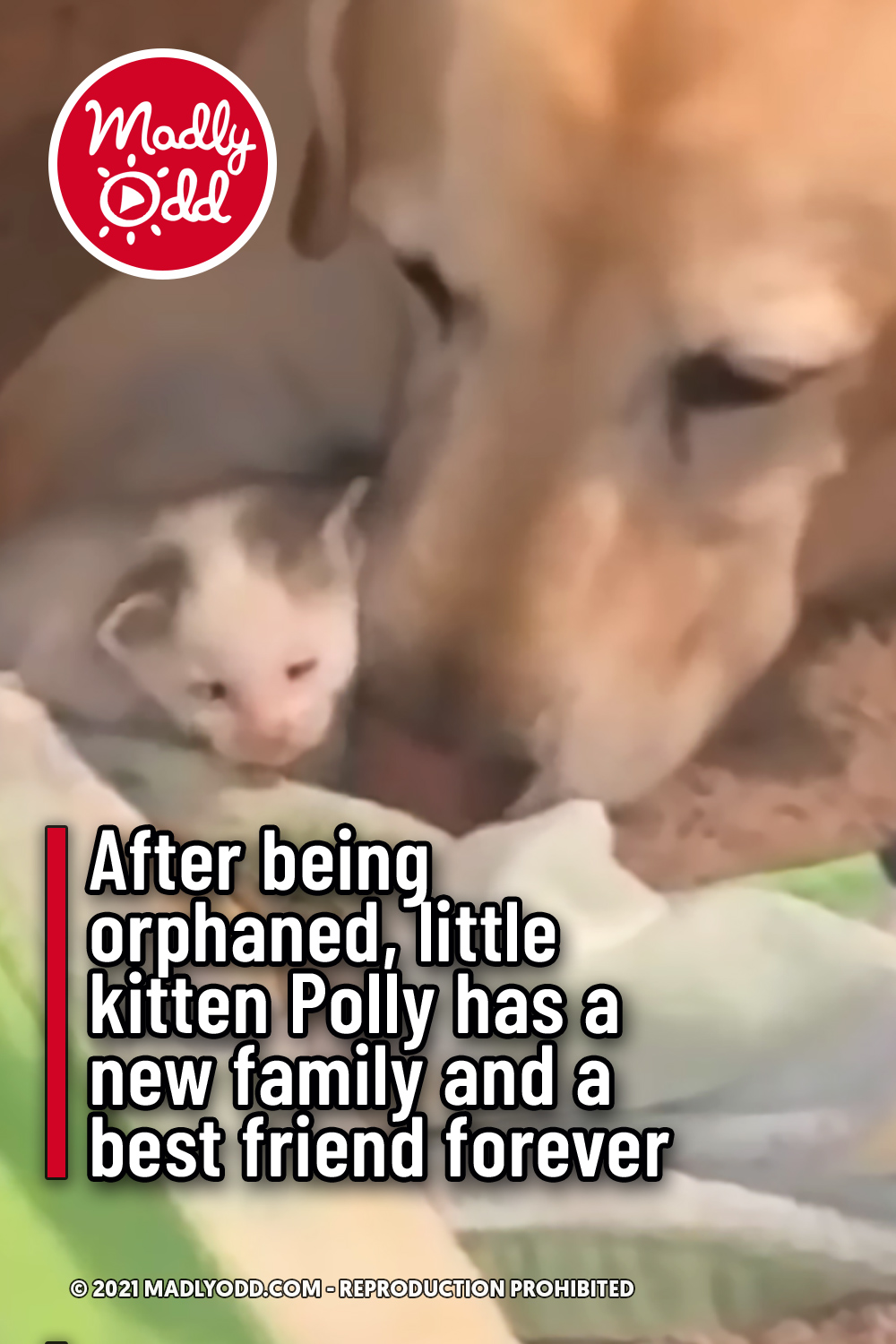