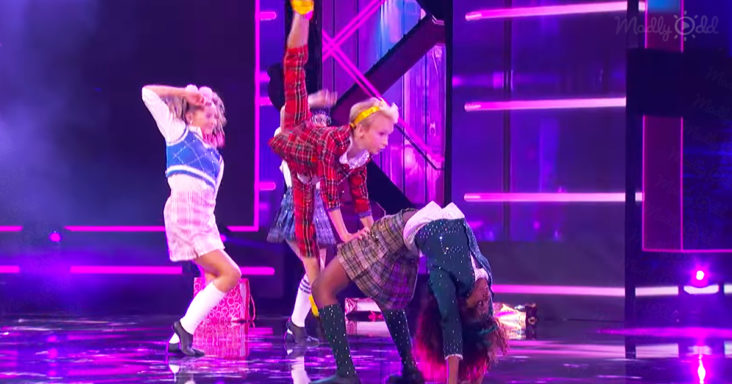 They came through with a strong fashion theme, with costumes and props emphasizing a girl’s day out shopping, bright colors, and plenty of styles. The dance was reminiscent of the group’s previous Pussycat Dolls performance and that famous girl group themselves.

It didn’t hurt that Hall’s song was full of the swagger the group brought to the stage. Neither did the choreography, this time developed by choreographer Alyssa Edwards.

It was, in some ways, a repeat of the audition. 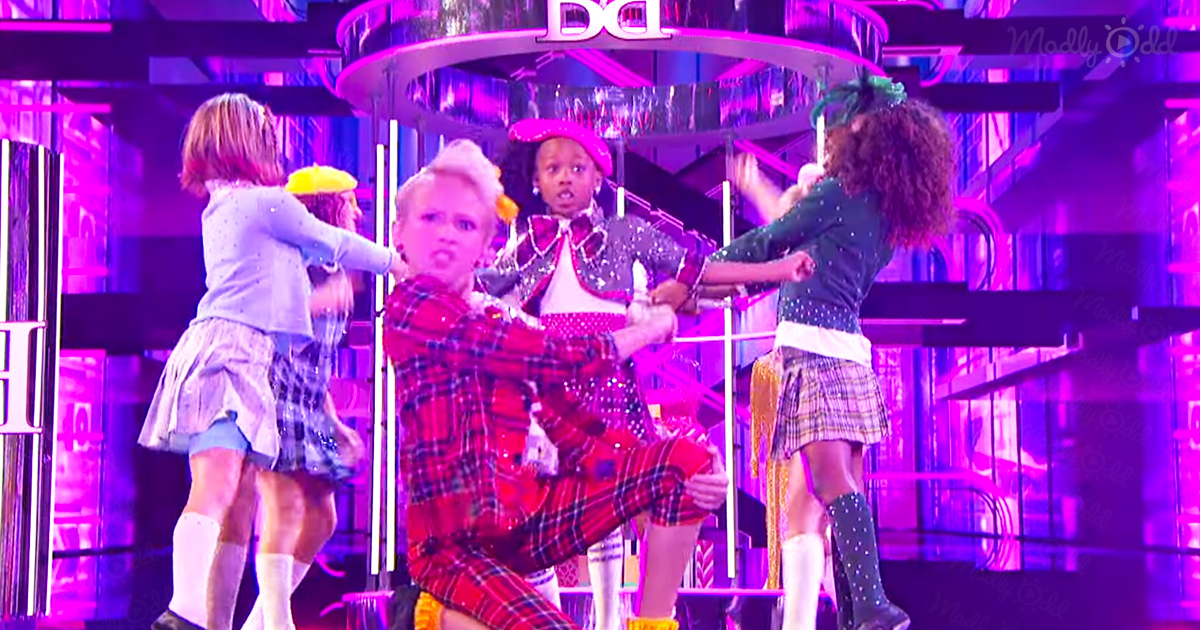 “They’re adorable,” Howie said that night, which was pretty much what everyone watching must have been believing. The group of seven girls brought charm, fashion, and spectacular dance moves performed to masterful choreography.

The person responsible for that choreography?

“Our fearless, fabulous teacher and director, Justin,” one of the girls said. Justin strutted on stage in a colorful, jaw-dropping outfit and wild hairstyle that, if anything, threatened to outshine the girls in the dance troupe.

It’s no wonder they made it to the live show.

Beyond Belief Dance Company made their first appearance on America’s Got Talent way back in Season 3. This season they’re back with an all-new, much younger lineup.

In their first go-around, the team’s performance of Jimmy James’s ‘Fashionista’ carried them to Vegas, where they danced to Rhianna’s ‘Don’t Stop the Music.’ That routine brought them to the quarterfinals, where they rocked Pussycat Dolls’ ‘When I Grow Up.’

But it wasn’t enough, and they lost season 3 to Zooperstars.