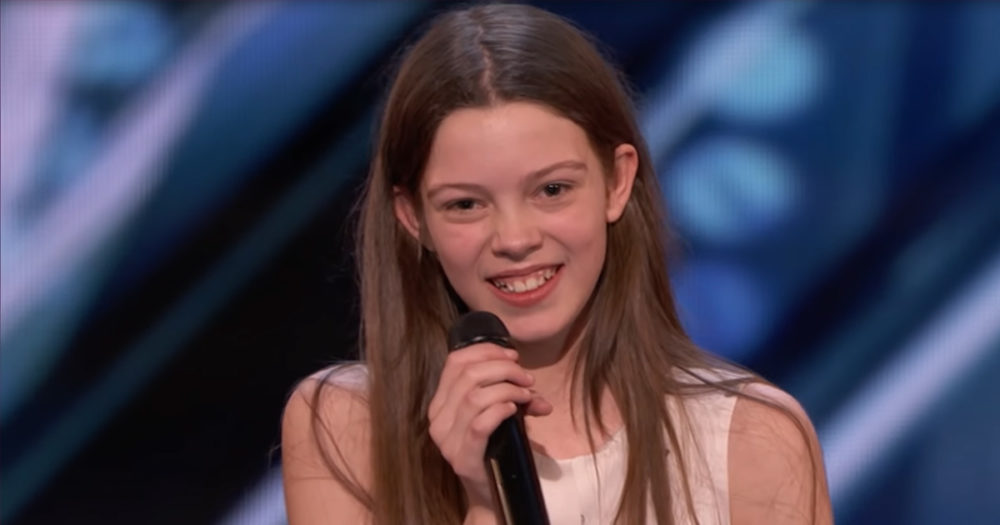 The results are in and there are no surprises. After extensive online polling, all signs and signals point in one direction: Courtney Hadwin is predicted to be the winner of America’s Got Talent 2018.

Whether you’re a newcomer to the show or a long-time of America’s Got Talent, there’s one act that probably stands out in your mind this season more than any other.

For many, it’s probably wonder-teen Courtney Hardwin. Even if you’ve never seen a single episode, just a few seconds of exposure to this young lady’s performance will leave you dazzled, perhaps even flabbergasted because she’s totally one-of-a-kind. She is by far the most viral “AGT” act of the season garnering over 200+ million views on social media and climbing.

Courtney Hardwin isn’t without some controversy. She performed on The Voice UK where she almost won — meaning, the girl’s darn good. So when she crossed the pond to play for us, a lot of people thought this “shy schoolgirl” was all just smoke and mirrors.

But alas, as a Brit who came to the shores of the US, she shares something in common with the Beatles. They, too, were well-known overseas before they struck pop gold in the US.

For her first performance on America’s Got Talent, Courtney Hadwin sang “Hard To Hand” Janis Joplin style which earned her the Golden Buzzer from judge Howie Mandel. This video below is what put her Courtney on our map:

Then we saw Courtney again after what seemed like an eternity, but her performance was worth the wait. She delivered an impeccable version of a James Brown classic, “Pappa’s Got a Brand New Bag” which also got her a standing ovation from the judges and the audience:

Then at the semi-finals, the teen blew the house off the roof with a smashing rendition of “Born To be Wild”. This brought back a lot of memories for this old-timer who remembers a band called Steppenwolf their famous song, “Born To be Wild”, and the movie  “Easy Rider” released July 14, 1969, with Peter Fonda, Dennis Hopper, and Jack Nicholson.