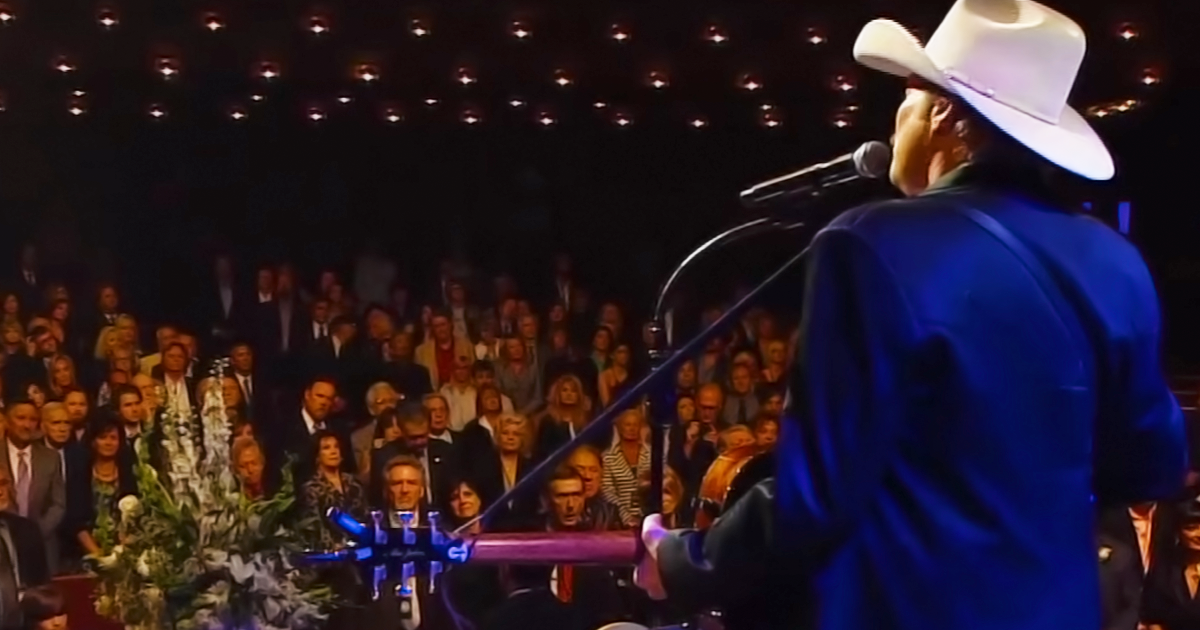 Legendary country singer George Jones passed away on April 26, 2013. A few days later, an entire Grand Ole Opry stage concert was dedicated to George Jones’ tribute in the city where he died and the home of country music, Music City: Nashville, Tennessee.

Many of those in attendance knew the deceased personally from throughout his storied career full of ups and downs. It was a sad night but with typical American bravura, everybody was determined to make the best of it. The duty and honor of performing George Jones’ greatest hit “He Stopped Loving Her Today” fell on the shoulders of Alan Jackson.

Alan Jackson shed his often honky-tonk blend of country to deliver a subdued yet beautiful interpretation of “He Stopped Loving Her Today” that Jones himself would be proud of. The entire Grand Ole Opry House cheered wildly when Jackson arrived at the much-anticipated chorus. Spurred on by the crowd, Jackson continued to belt out the rest of the chorus with gusto, only to suddenly become very contemplative like he was trying his best to remember his friend.

Then Jackson took off his hat before he delivered the final verse of the song in painful remembrance. Finally, when he said, “We love you Jones…” before stepping away from the mike, there were not too many dried eyes in the audience at that moment. This is a very special clip – way recommended!