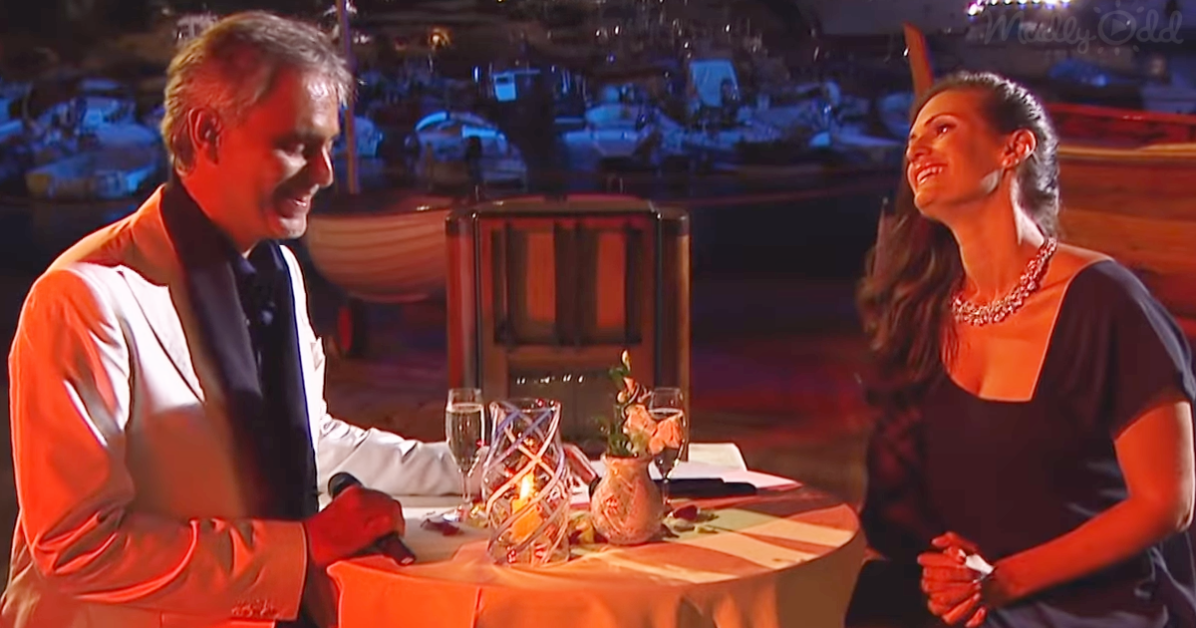 It started as a romantic dinner for two when Italian singer and record producer Andrea Bocelli and his lovely wife, Veronica Berti, treated the rest of the diners to a night they wouldn’t forget. The talented singers brought their audience to tears with a lovingly, deep-felt duet.

The quintessentially romantic song “Something Stupid” was originally performed by Frank Sinatra, but it’s been covered my many artists including Robbie Williams & Nicole Kidman, but Andrea Bocelli and his wife take it to a whole new level. 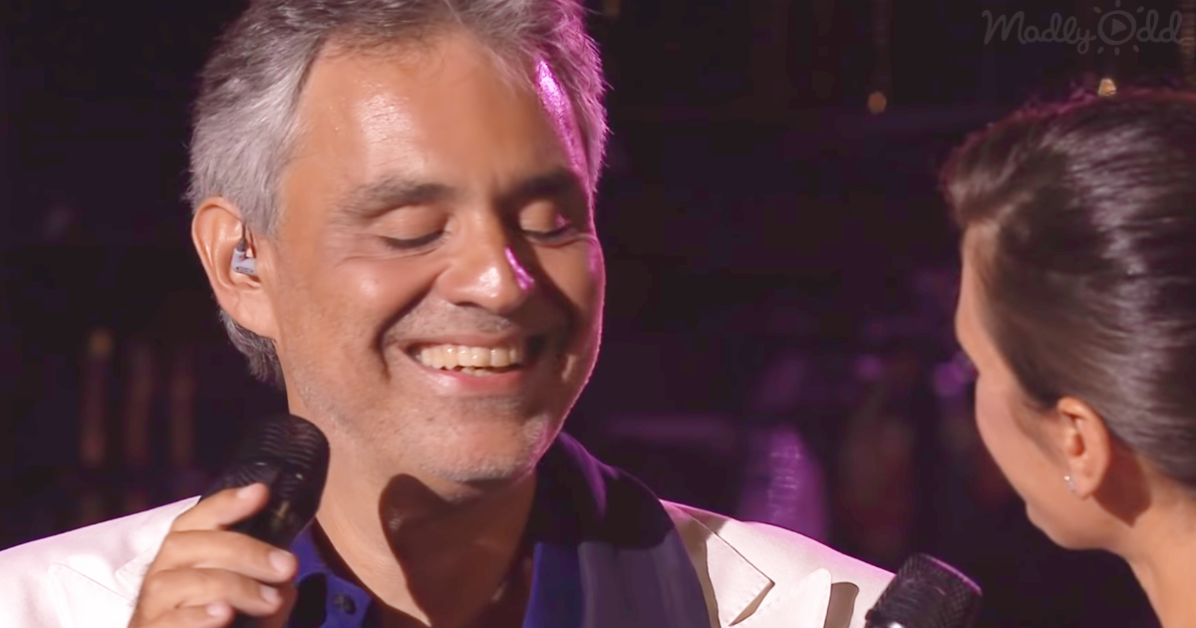 Born in Tuscany and discovered by Pavarotti, Bocelli is known for his flawless voice and has been hailed as perhaps the greatest living tenor. He is an international best-selling classical cross-over singer and is considered by many to be one of the finest artists of our generation.

He met Veronica, his second wife, at a party one evening and fell under her spell immediately. He sang an aria to her on that first night and they have been inseparable companions ever since.

They finally formalized their relationship with marriage, ten years later. Veronica Berti is not only his wife and the mother of his daughter, but she was his manager as well. He says they always have plenty to talk about because they both share a love of the same kind of music.

Bocelli told the song’s writers that his wife would be ideal for the duet and when she sang the demo they were immediately convinced she was perfect to sing it with him. Can it be any more romantic when sung by two people who are in love?

They began their duet, “Qualche Stupido”, at their table, before standing and making their way to the stage for the final half of the song. The audience was in awe, their stunned applause showed they were clearly moved by the depth of emotion the loving couple shared in their performance.

If Bocelli’s duet touched your heart, share their video because this is a truly gift that was meant to be shared.