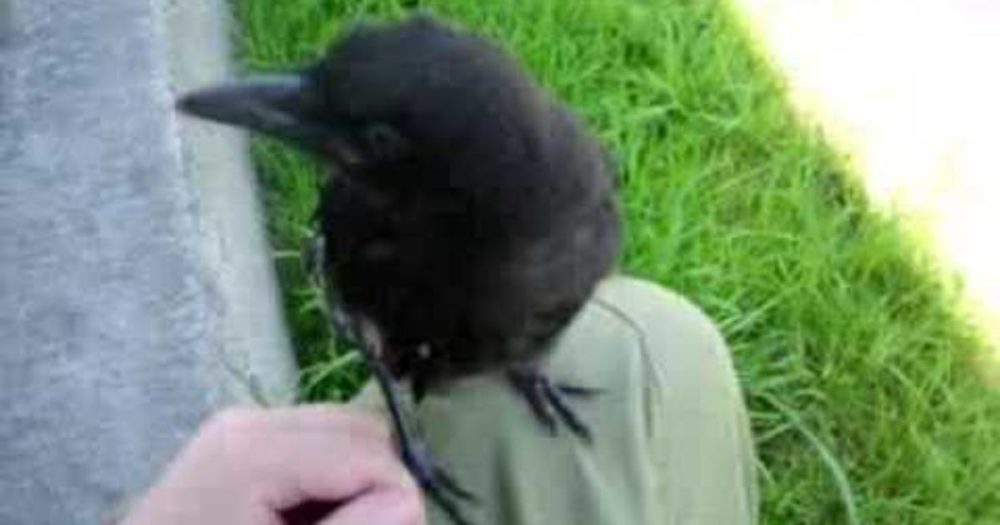 Babies are full of curiosity. They learn by exploring their surroundings. And as it turns out, this is not only true for human babies, but for babies that are born in the wild as well. Take for example the video given below.

Crows are known to be smart creatures. They solve puzzles that are more complex than the ones that primates can solve. The video below features a tiny baby crow. This crow is really curious about humans, and as you can see, he has already made friends with one of them. This man was chilling outside when that baby crow started to follow him. At one point he came really close and even climbed up on his knee. The man tried to send him back to his parents, but in vain. He returned to his flock in his own time though. 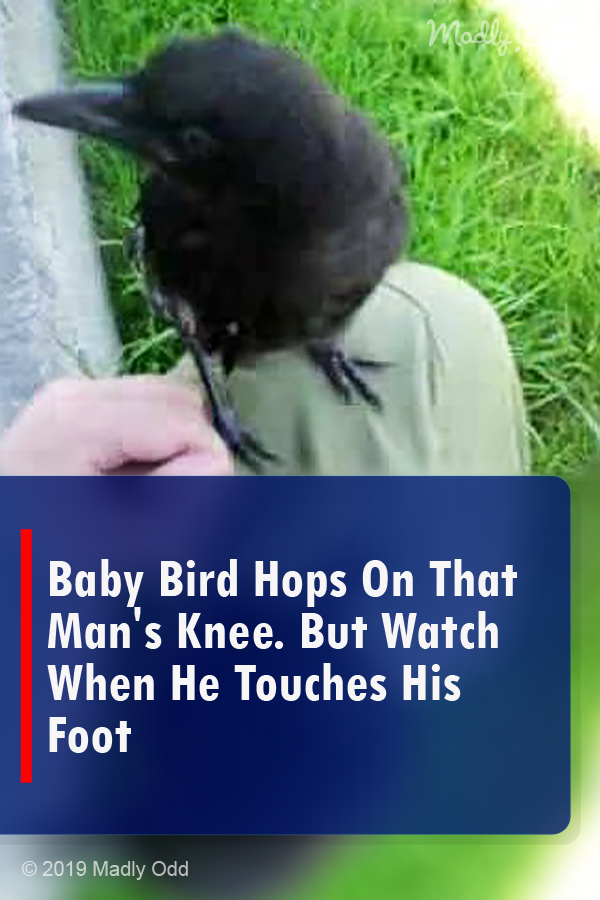