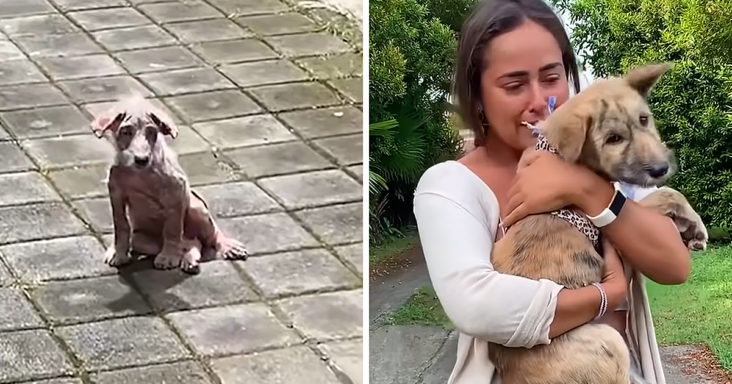 Desy, a rescuer at Bali Paws rescue shelter, was driving around the city when she saw a tiny puppy with not much fur. When the puppy saw the kind woman, he straight-away walked over to her as she gave him some food. 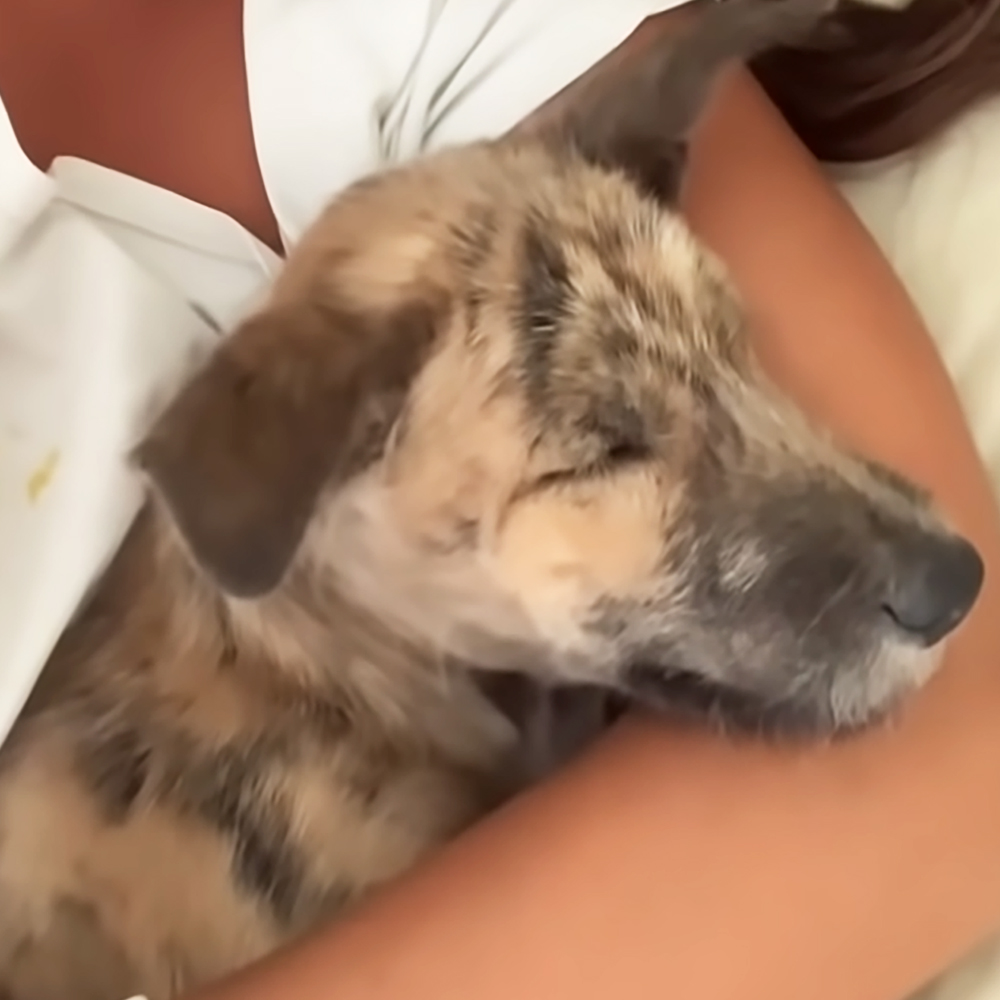 When he came closer to the rescuer, she picked him up and carried the little one in her arms. She took the puppy to the vet as he had open wounds. Desy felt that the puppy got wounded because he was itchy and had scratched the infected areas.

She named the puppy Lenny. The little one had to stay in the clinic for a while, and eventually, Desy took him home. Lenny didn’t know how to behave like a dog. The first few days, he just slept with his foster mom. 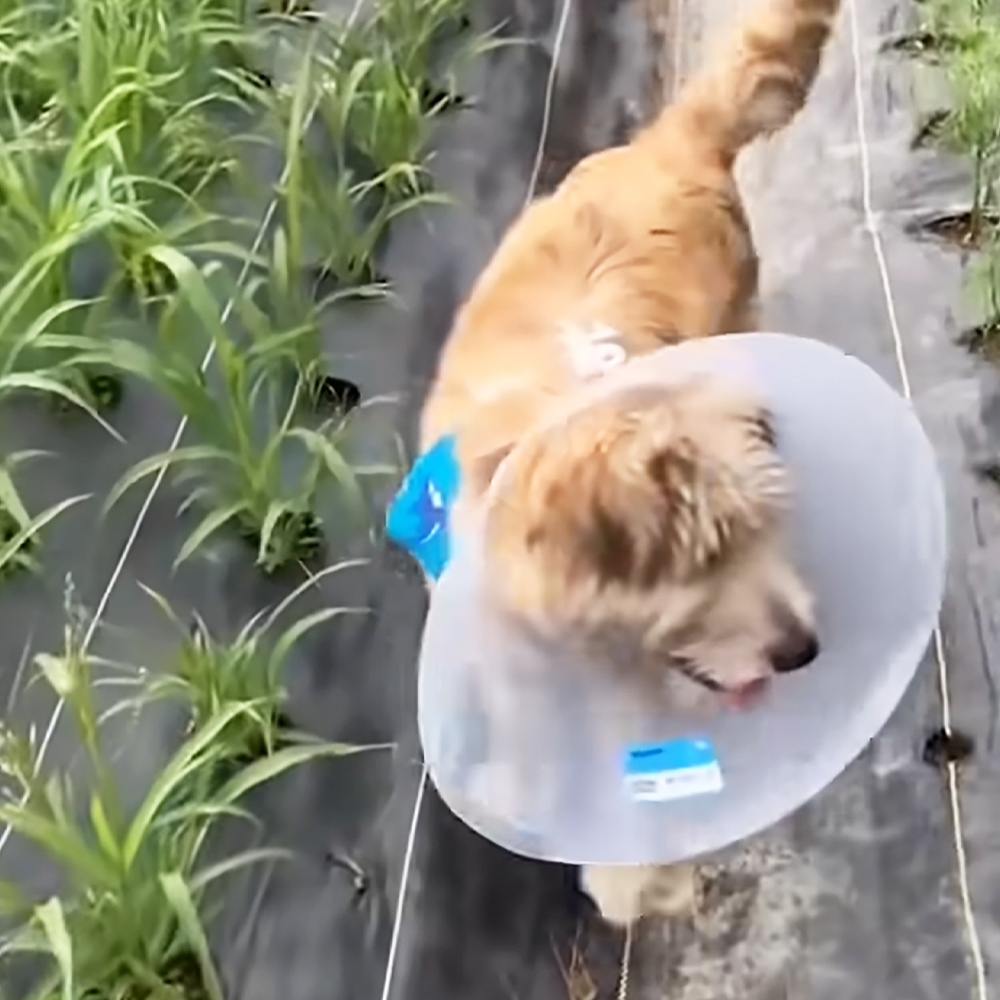 Lenny was always close to Desy the whole time. The little puppy followed his foster mom everywhere like baby ducklings following their mother. With time, the puppy’s hair started to grow back slowly.

The better he got, Desy saw more personality in the little puppy. But then, Desy observed that Lenny had started to chew on her fingers, which she did not appreciate. So the foster mom gave him a toy to stop that habit, and from there on, the chewing pattern never stopped. 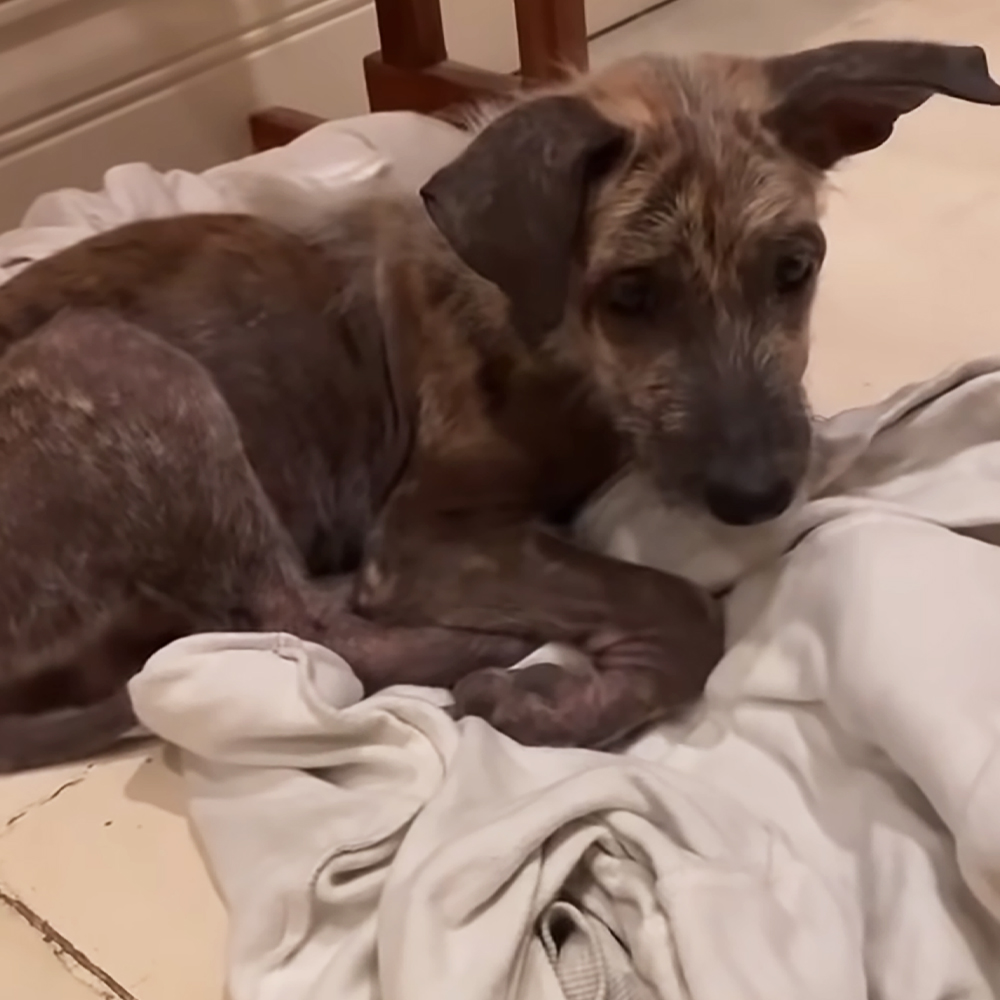 Lenny would literally chew on anything, be it toys or weeds. So Desy gave the puppy a carrot and realized that this was the dog’s favorite thing ever. The carrot could keep the puppy busy for ages.

Lenny always wanted a lot of snuggles, and Desy found him very cute when he did that. Then, one of her social media friends in the U.S contacted her as she wanted to adopt a dog. The foster mom thought that Lenny was perfect for them. It was hard to say goodbye as the duo had spent so much time together, but she knew it was for the best. So, the puppy was adopted by Tracey and Matt. Now, the puppy hangs out on the farm all day and always stays with his family.