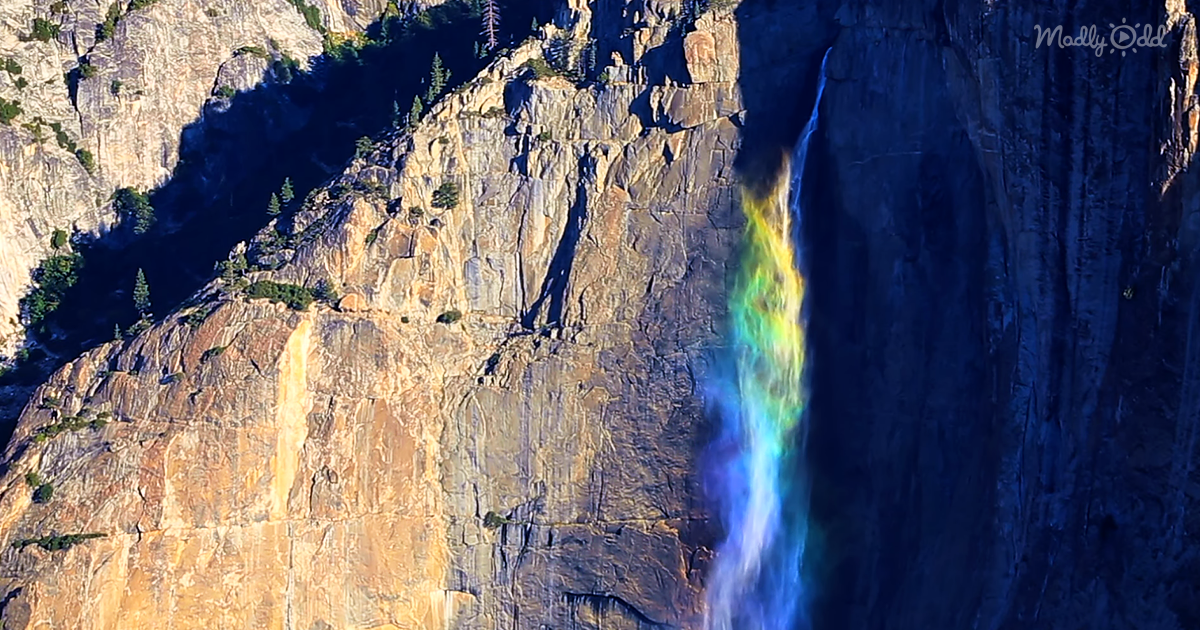 Photographer Greg Harlow was fortunate enough to be prepared for the exceptional circumstances that gave rise to a 2,400-foot rainbow hazing atop the falling waters of Yosemite Falls. Captured from Glacier Point in Yosemite National Park, this rare site shows a fiery haze of colors emanating from the waterfall.

The very high winds and unusual heavy water on that day in November resulted in this one-of-a-kind sight. The ever-changing rainbow waterfall evolves before your eyes, shifting in surreal motion in a projected visual that must have been life-changing to behold first-hand. The sea of vividity captivates, making one want to gaze timelessly into the flaccid lights.

Greg Harlow’s incredible footage of a rainbow waterfall spanning over 2400-feet is unreal. It’s not often that you get to see anything anywhere near as phenomenal as this majestic natural phenomenon. Yosemite Falls is normally a breathtaking sight, but nothing compares the unearthly cascading colors seen here. 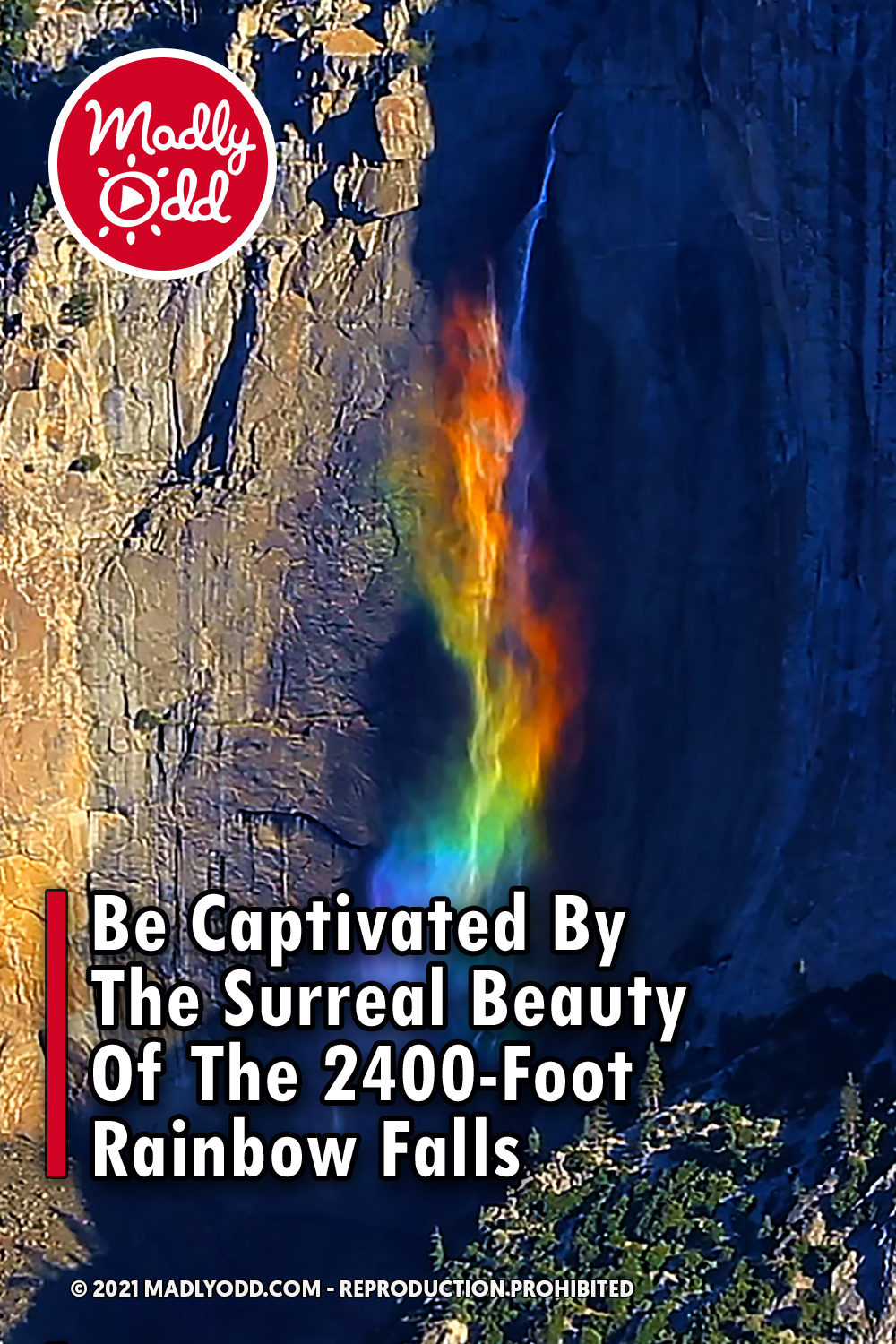