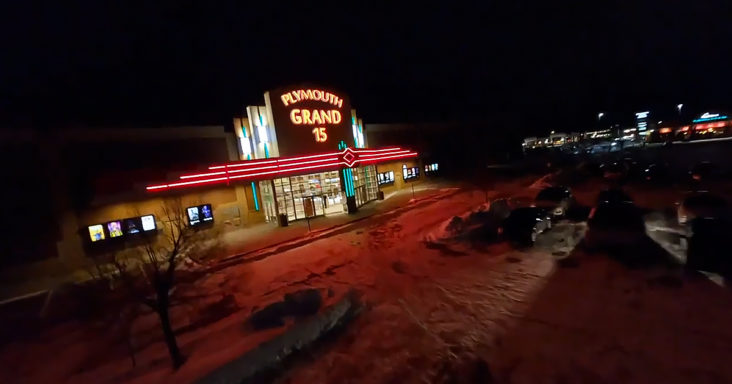 From the same filmmaker who captured his audience’s attention with breathtaking drone footage of a local Minneapolis bowling alley comes an even more mesmerizing video of the inside of a movie theater. 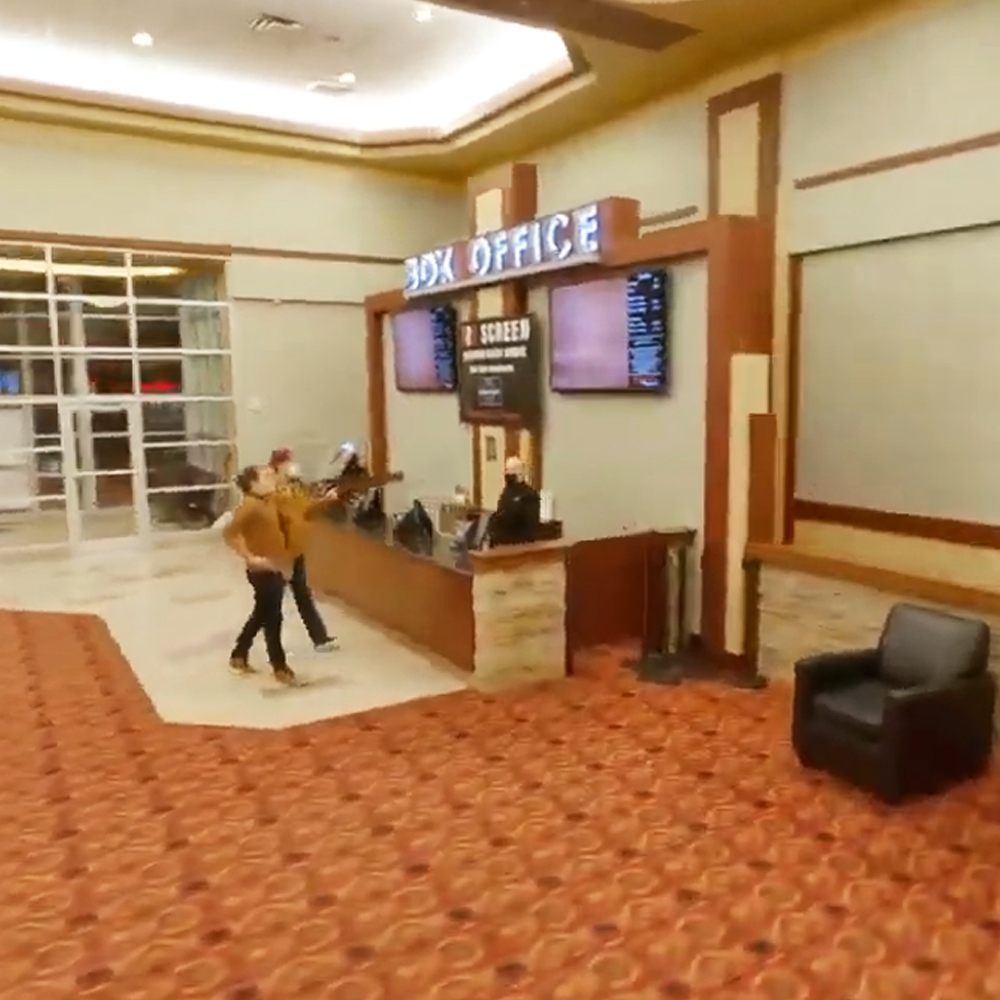 Jay Christensen has done it again. His video has stunned YouTube viewers and Hollywood alike by strapping a GoPro to his drone and piloting it through the Plymouth Grand Movie Theater.

The film begins outside of the movie complex. It takes you into the lobby, where people can be seen purchasing movie tickets, popcorn, and drinks, evoking an innate sense of nostalgia and a craving for butter and salt. 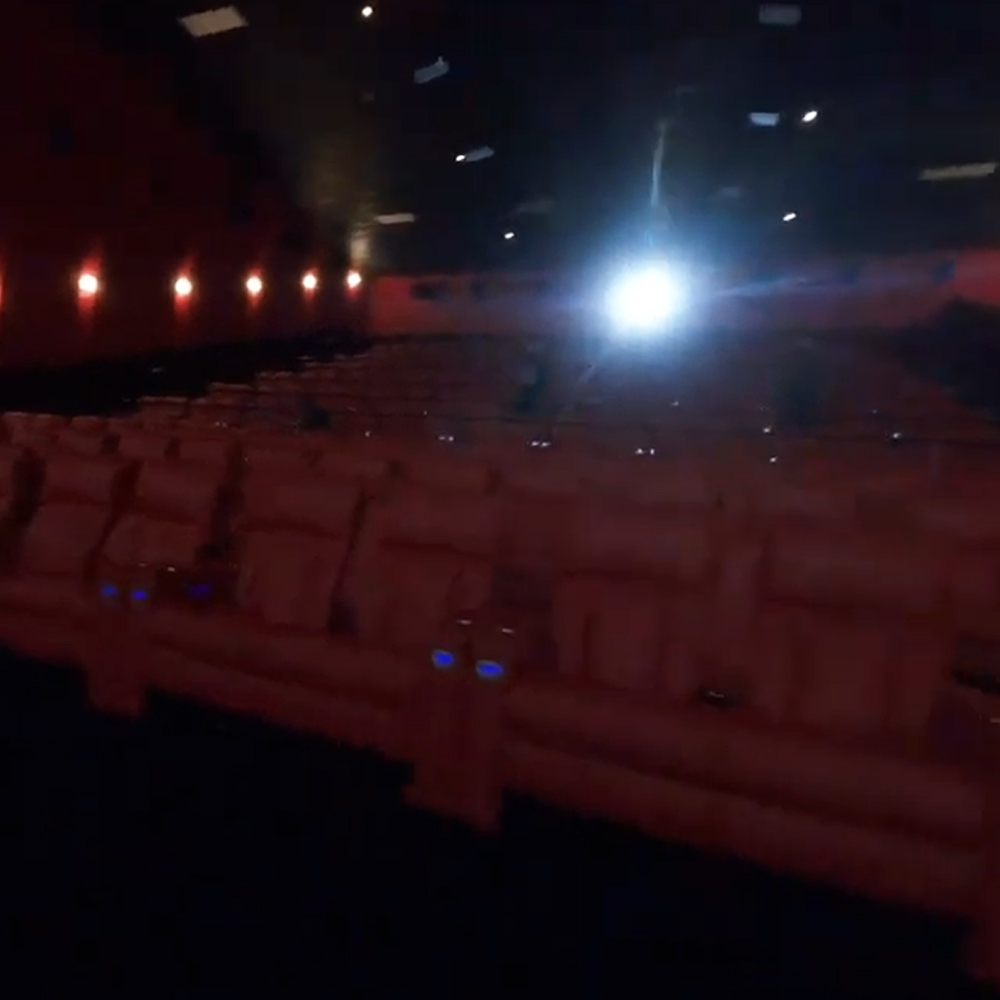 Next, you’re flown down the long hallway lined with door after door, each one an entrance into a theater playing movies from romantic comedies to action films.

Finally, the amazing drone footage culminates with the camera entering one of the theaters lined with dozens of seats. The drone then turns towards the big screen, which counts down to a film that may look familiar to the viewer. 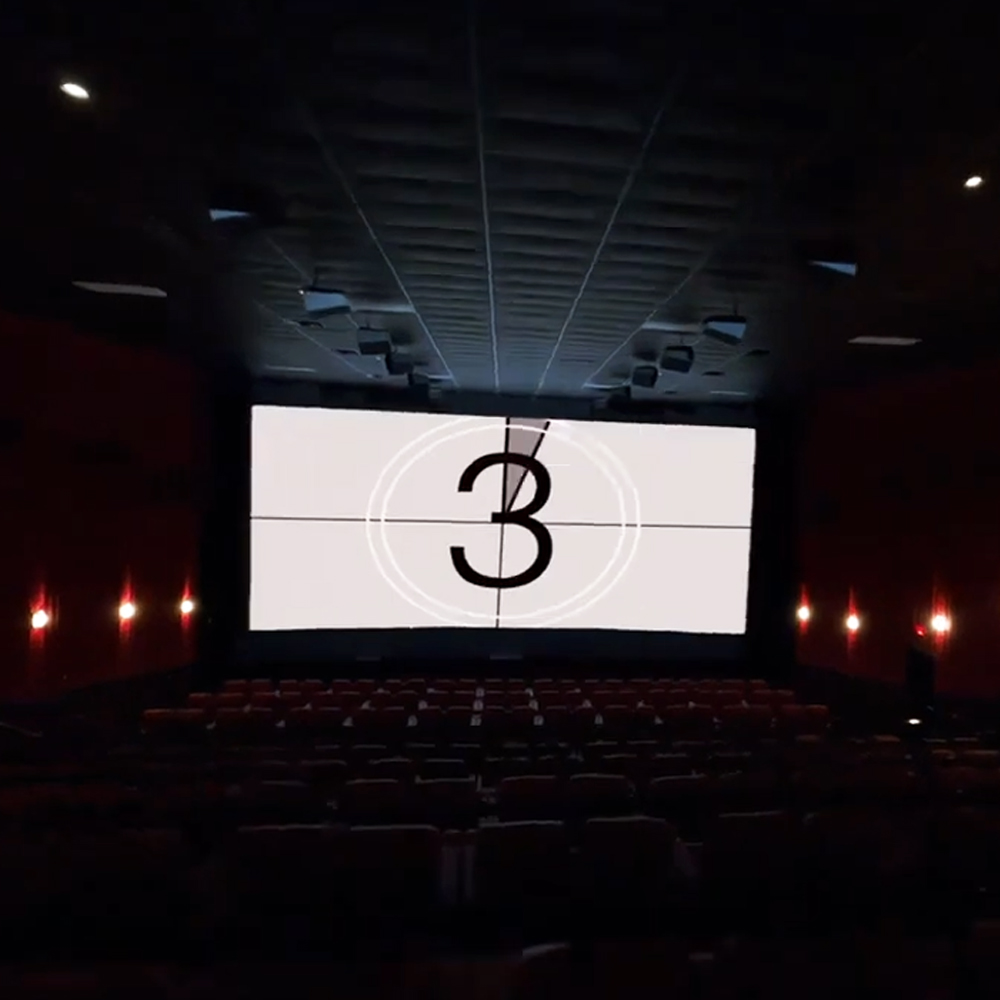 An artful piece, to be sure, Jay Christensen perfectly captures the atmosphere of a favorite pastime from the popcorn machine to the welcoming attendants to the darkened theater in anticipation of the start of a movie.

This stunning GoPro footage captured via drone is not Christensen’s first piece to highlight the everyday recreational activities loved by many, and it is sure not to be his last.