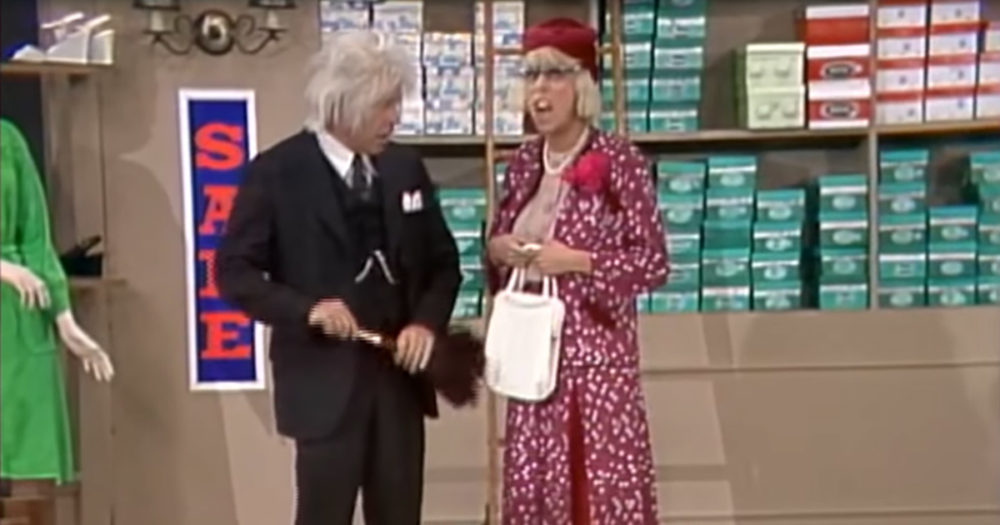 Tim Conway reprises his role as The Oldest Man in his sketch from “The Carol Burnett Show,” but this time he has company. Sparks fly when he meets Carol Burnett as old lady Stella Toddler.

When his boss heads out for his lunch break, “The Oldest Man” takes care of the shoe store he’s working in. Stella Toddler shuffles on in, asking to buy a pair of blue slippers. What follows is a hilarious bit of slapstick comedy that will have you giggling in your seat.

Our favorite part of this sketch is the ladder bit. When Carol Burnett slides the ladder leaving Tim Conway in the lurch, we laughed out loud. Watch it and see which part is your favorite. 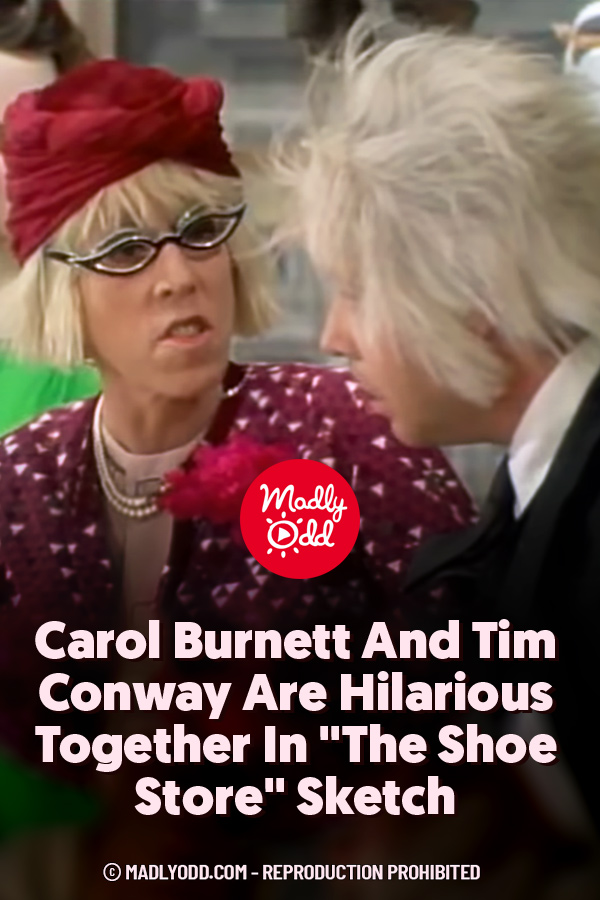