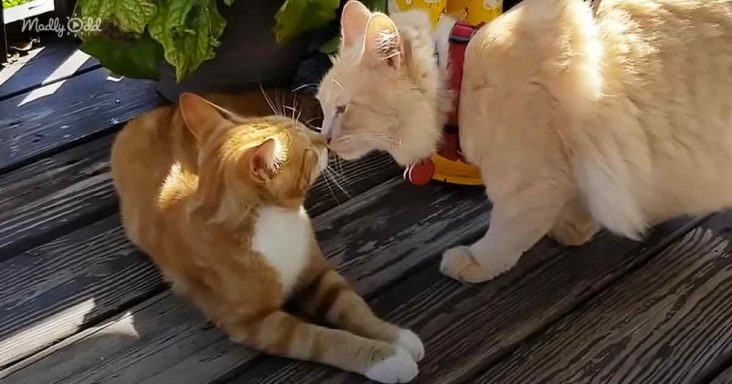 Garfield, a gorgeous fluffy cat, never liked kitties. Whenever he saw them, he would pull his owners to get to the cat and try to start a fight. Obviously, Izzy, the cat mom, never allowed it. 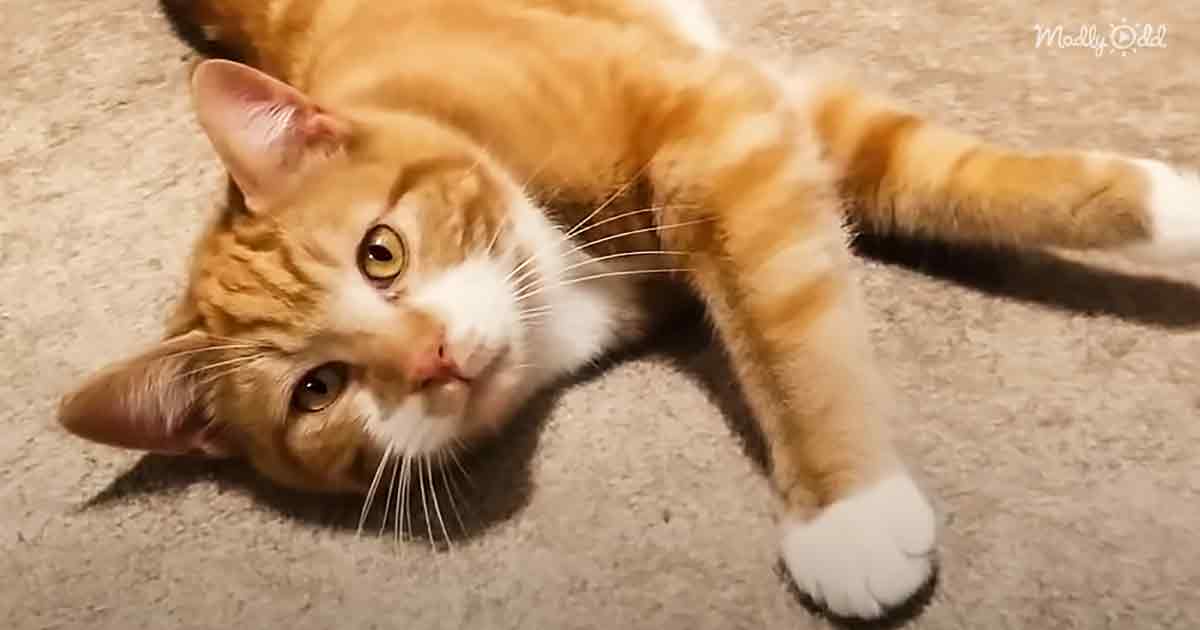 Whenever Garfield saw a stray cat on the street, he would run after them making them run away. However, he suddenly met this one kitten, later named Buddy, who walked over to Garfield, and he did not mind the kitty at all.

The cat actually liked him a lot. The orange kitten would follow him around and play with the fluffy adult cat. They looked adorable while they played with each other. 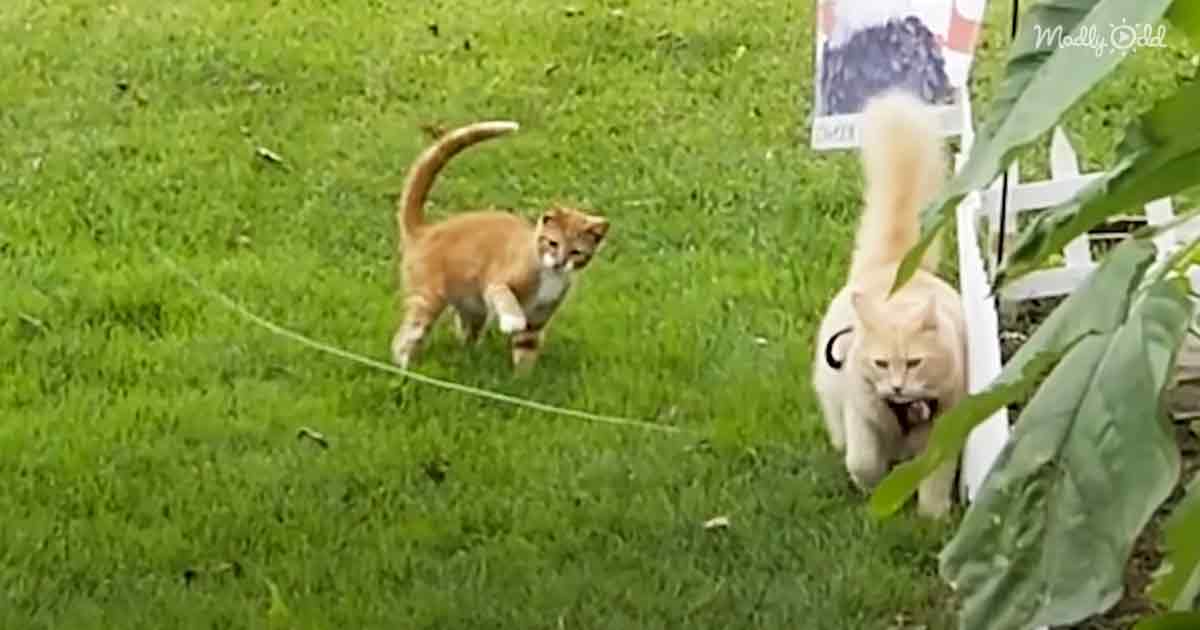 The orange kitten would come over and just hang around Garfield. The adult cat enjoyed the company of the little kitty. When the adult cat went inside the house, and it was time to say goodbye, the kitten would just go back.

It was as if a neighborhood toddler came to play with Izzy’s child and left when playtime was over. Buddy would come for the playdate whenever Garfield was hanging around the porch. 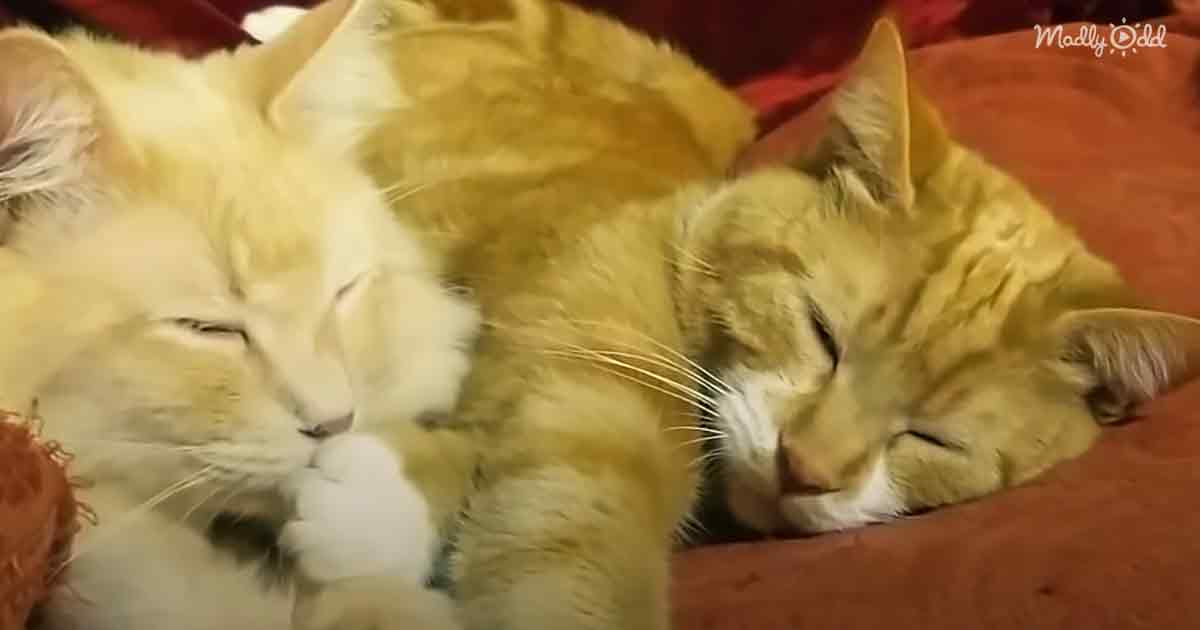 Buddy was curious about everything. He liked to be exposed to new things that he was not used to. He loved cuddling Garfield and never left him alone. The kitten even inherited the adult cat’s toys, and the fluffy cat did not seem to mind it.