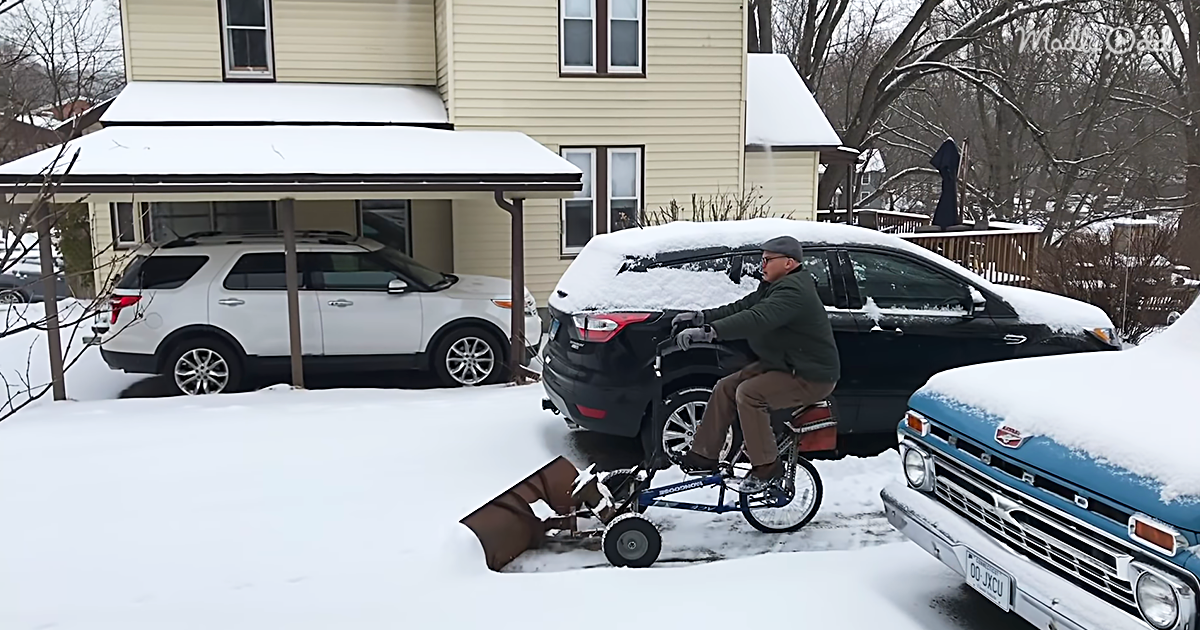 Most People dread shoveling the front driveway because no matter how warmly you dress or how many layers you wear, you end up freezing, and your gloves get wet. An unnamed Connecticut man had the same relenting feeling about shoveling the driveway, and soon he came up with a brilliant invention.

The Man’s hobby is inventing things out of collected used parts of machines. One such invention is the Bicycle Snowplow, which he has put together using the rear half of a bicycle, including the pedals and chain. The front was made of, what looks like, two wheels of a disposed of lawnmower. In the very front is the plow.

He is very proud of his invention and is working on improving small flaws. He says that riding the Snowplow gives him good exercise and that it’s much better than shoveling with a spade.
He has made a video of his invention, and it has spread far and wide through media. 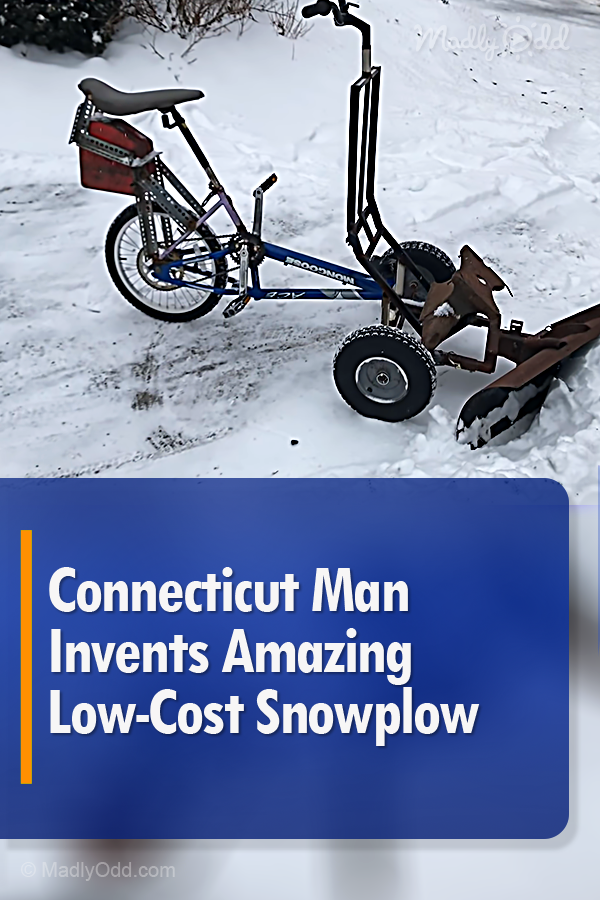