Some of the funniest family moments center around little kids dancing to their favorite music. Their unpolished movements and expressions are hysterical to witness when a toddler gets down to the beat. 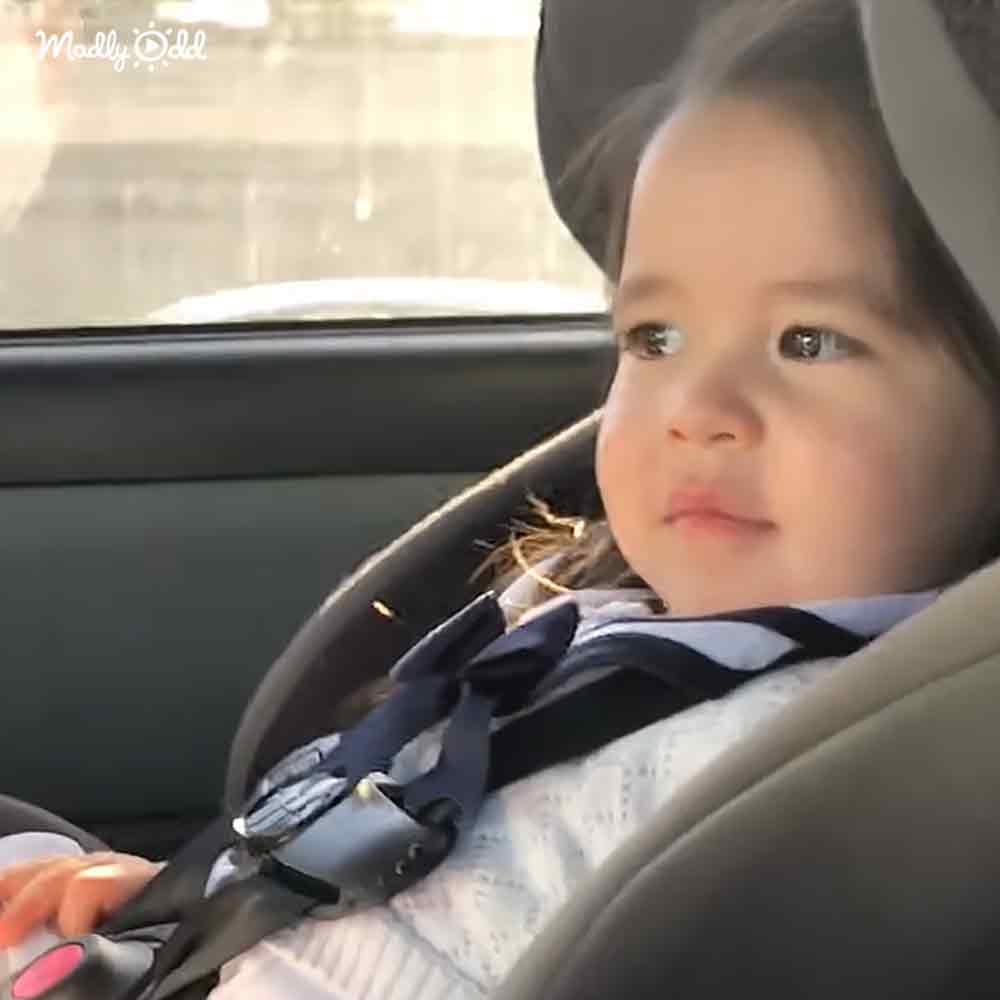 Little Maddie is no different. She’s harnessed in a car seat, but that doesn’t stop her from breaking it down when she hears Bruno Mars’ ‘Uptown Funk’ on the car stereo.

As the 1st verse plays, her family waits eagerly to see what Maddie will do. She bobs her head slightly to the beat, giving a small smile to acknowledge that this is her jam. 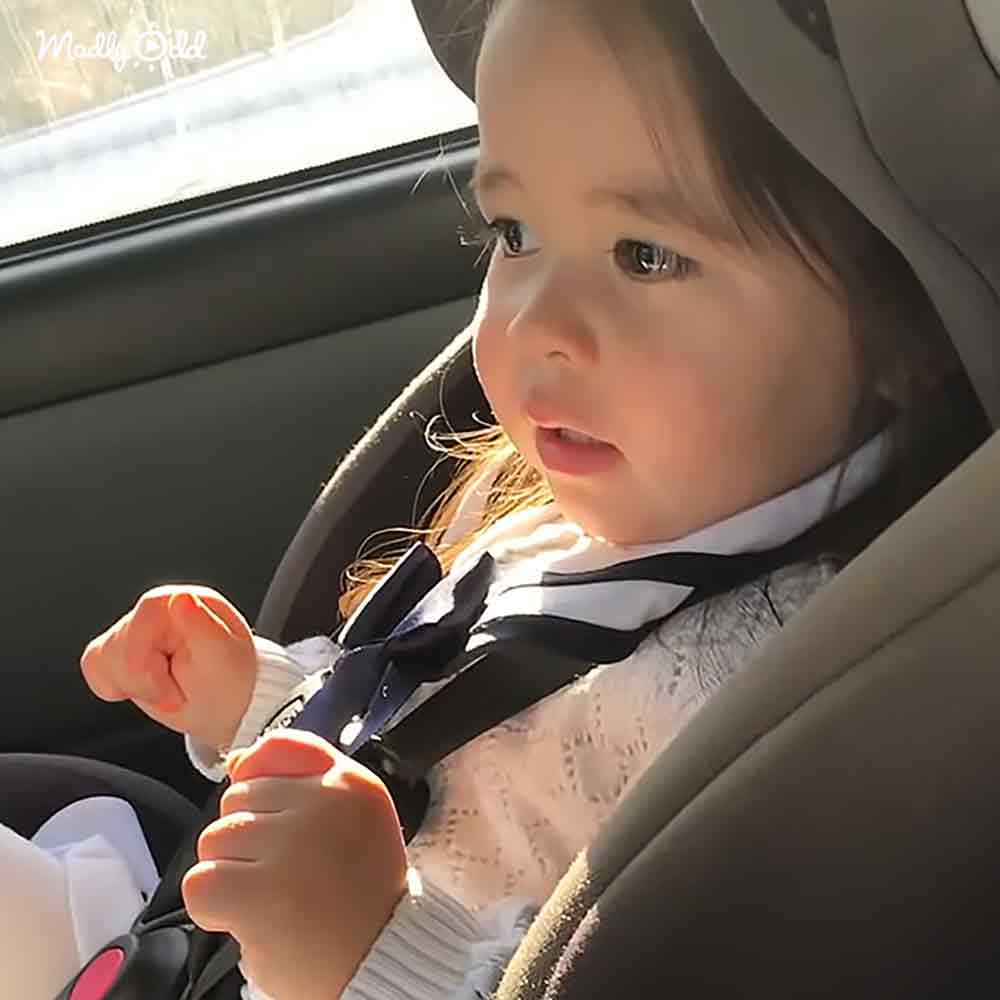 The song reaches the bridge where Bruno sings, ‘Girls hit your hallelujah,’ and Maddie puts up both her index fingers. It is as if she is saying, ‘Wait for it.’

Her head bobs a little more as she patiently waits for the beat to drop on the chorus. The moment of truth arrives and the horns hit as Bruno sings, ‘Don’t believe me, just watch.’ 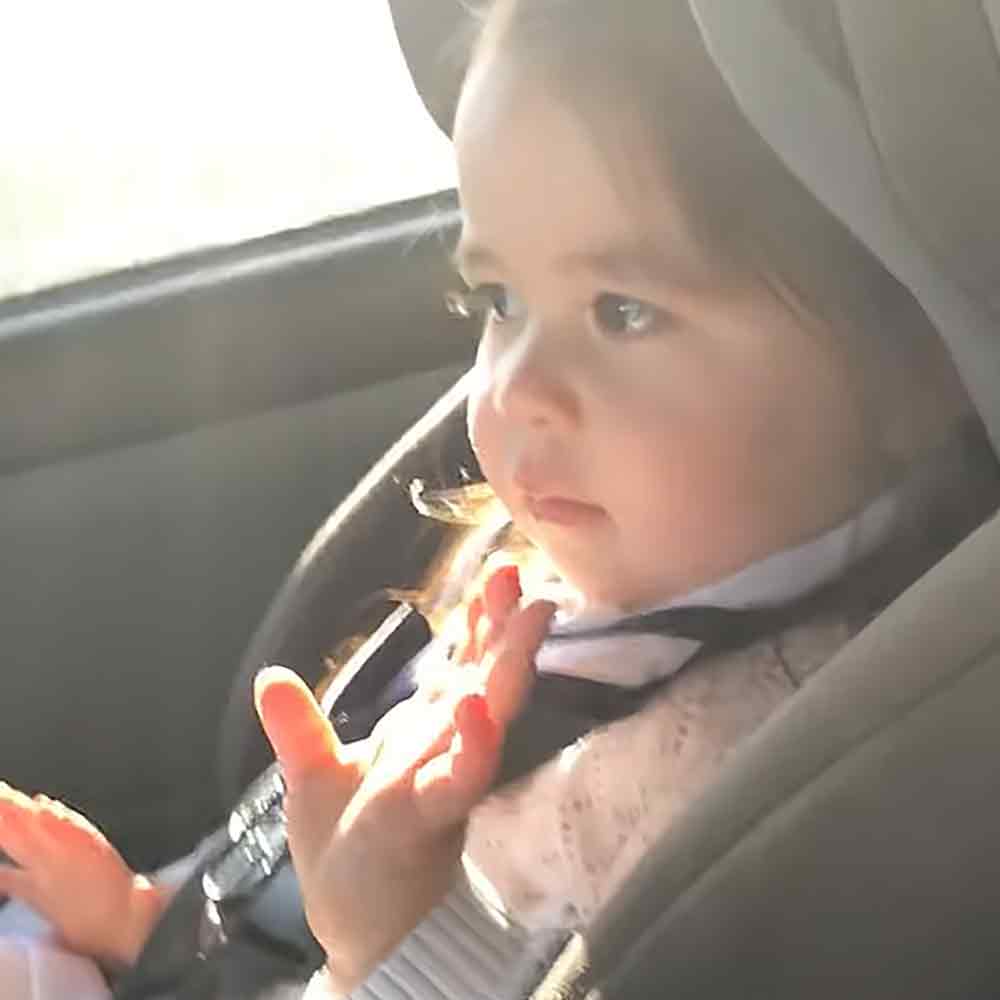 Maddie puts both her hands in the air with palms facing the sky. She starts raising the roof and bopping all around in her car seat. Her family laughs, and her Aunt says, ‘She knows where the beat is!’

Maddie starts to wave at the camera on the beat as the song continues. She alternates between hands for her big finale. The music cuts off, and Maddie says, ‘Yay! Yay!’ while clapping her hands and smiling big.