Dads and daughters can get up to some pretty funny hijinks. Maybe something brings out the little boy inside dads and this leads to some good-natured mischief. So when mom was out one day, Josh Rinder and his 6 year-old daughter Audrey made the most of the opportunity by producing a music video.

Audrey looks great in her pink dress. But as for dad’s outfit… He’s wearing spectacular — or spectacularly headache-inducing — hot pink argyle pants. We have no idea if he makes a spectacle of himself on on the golf course with them. Here, at least, the color coordination with his daughter is actually really cute.

Josh and Audrey are dancing to Justin Timberlake’s 2016 hit song “Can’t Stop the Feeling.” This up-tempo disco-pop number was a perfect choice for these energetic dancers. The A. V. Club called it “a soul-pop sugar rush tweaked for maximum dance grooves.” For Timberlake, the song was a huge success, topping various charts and ending up as the year’s number one seller. It was actually written for the movie “Trolls,” and earned a Grammy for best song written for visual media and an Oscar nomination.

Some special effects were thrown in during the editing process, but what really carries the video are Josh and Audrey’s dance moves. The duo really take the song’s “move so phenomenally” line to heart! We’ve posted their video below and when you see it you won’t be surprised it has over 12 million views on YouTube.

How did you like all the love and happiness this dad and his daughter put into their music video? Have any good stories about performance projects with kids that were great successes or funny failures? Tell us all about them in the comments at Facebook. Like and share: all the dads out there will appreciate it! 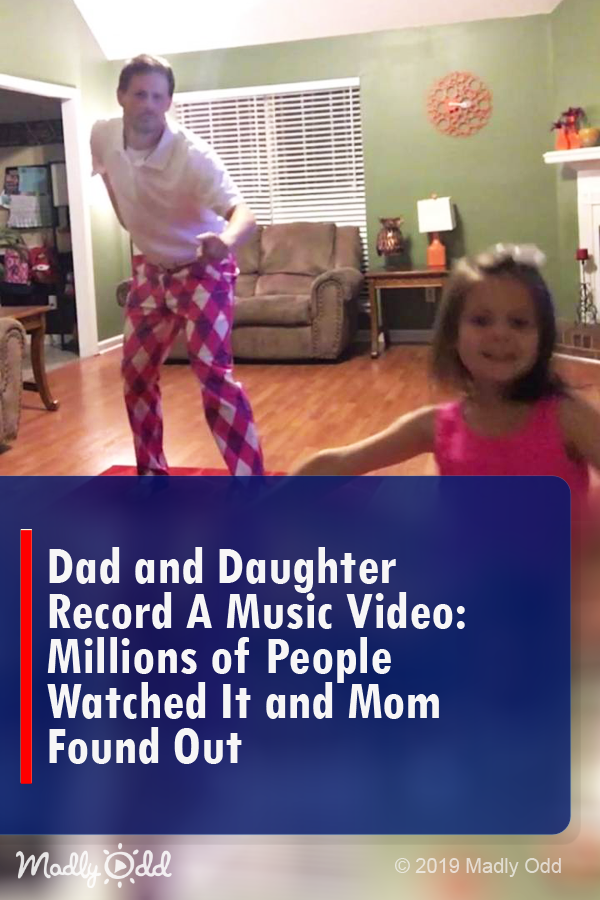