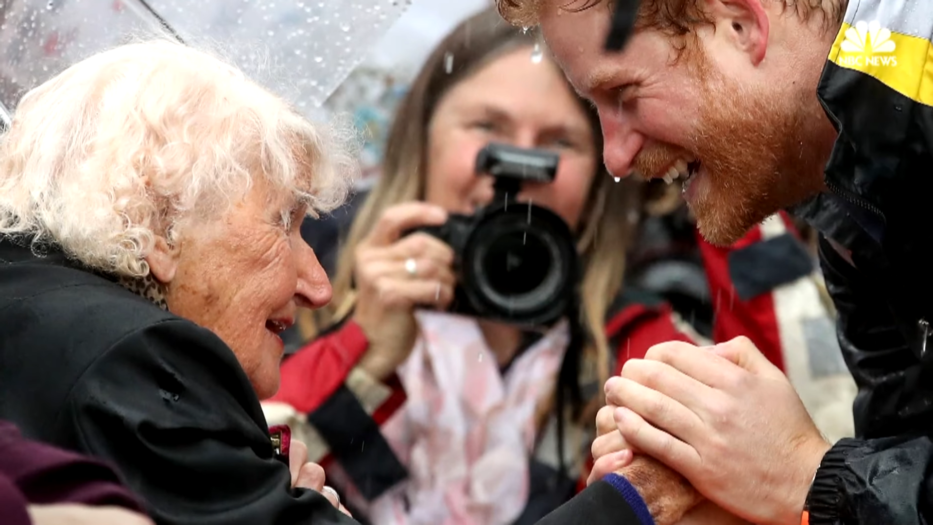 Every year the United Kingdom’s Royal Family has a tight schedule to follow, charity events and working with non-profit organizations are some of the activities they usually carry out. Although Prince Harry is often occupied working under the Crown, there’s room for social interactions with all his fans.

From every corner of the selected cities, people come to receive the Prince in person, some of the fans even put themselves into the physical risk to shake the hand of this Prince. 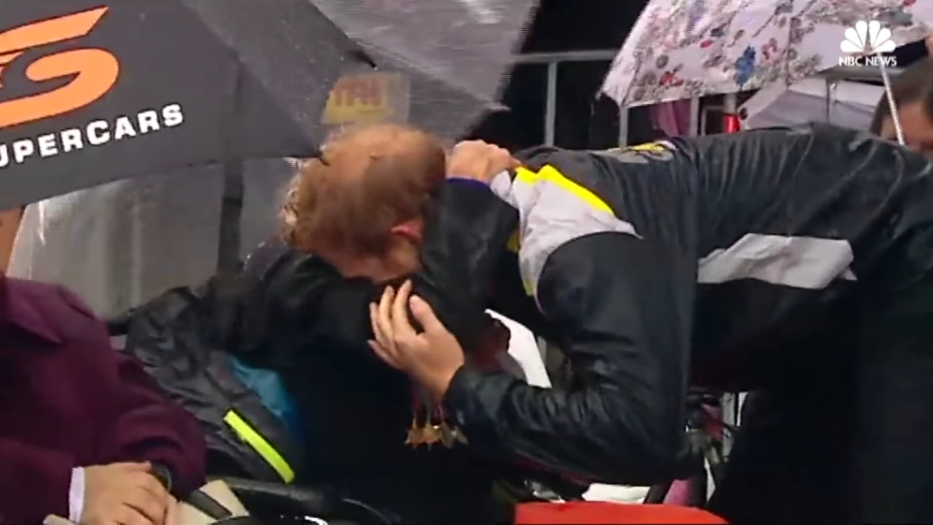 In one of the Royal visits, an elder woman blended within the crowd waited for seven hours to meet Prince Harry. Despite the critical weather conditions the fragile woman seemed to lack everything except the firm conviction of seeing him again, considering that she met him two years ago.

To promote the “Invictus Games” a charity event created for injured veterans, Prince Harry traveled all the way to Sydney-Australia to attend this spectacular reunion. The 97-year-old widow Daphne Dunne was there among lots of other fans waiting for the right moment.

Walking carefully through the crowd the Prince greeted everybody and waved his hand showing them his appreciation when he continued moving forward he instantly noticed Daphne among all the people and went after her.

The first contact Daphne had with the Prince took place a few years ago, when he was working with the Australian Defense Force and made a stop at the Sydney Opera House. What got the Prince’s attention in the first place were the astonishing military medals being worn by Daphne, especially the Victoria Cross.

The Victoria Cross is the highest award of the United Kingdom honor system, and this medal is only given to the soldier that shows courage under the presence of the enemy, this medal features a bronze cross with a red ribbon holding it. In the middle of the cross, you can see the Saint Edward’s crown, a lion on the top and the word “For Valour”. 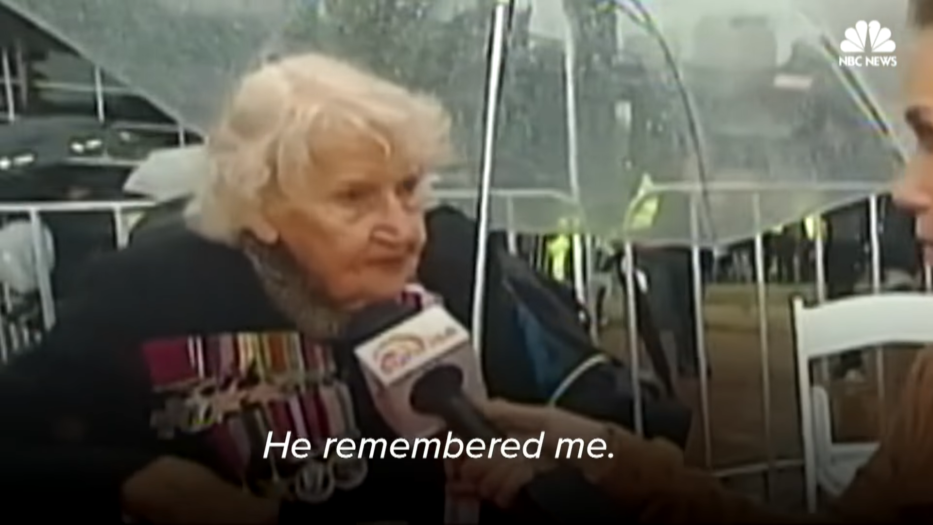 Daphne was a veteran of the Australian Women’s Army and explained to Prince Harry how her first husband died fighting in World War II at the age of 24, the Victoria Cross medal she had was given to her husband after his death.

Although they only spent one year married before he passed away, Daphne wears the medal to remember her beloved husband Albert Chowne and for special occasions like the Veteran’s ceremony. When she met the Prince, he gave her a hug and a kiss on the cheek, according to reporters Daphne said: “He remembered me. And gave me another kiss on the other side”

A very nice gesture from the Prince, don’t forget that Sydney, Australia will be the host for the 2018 ‘Invictus Games’ and we are sure that lots of fans including Daphne will be there showing their support. 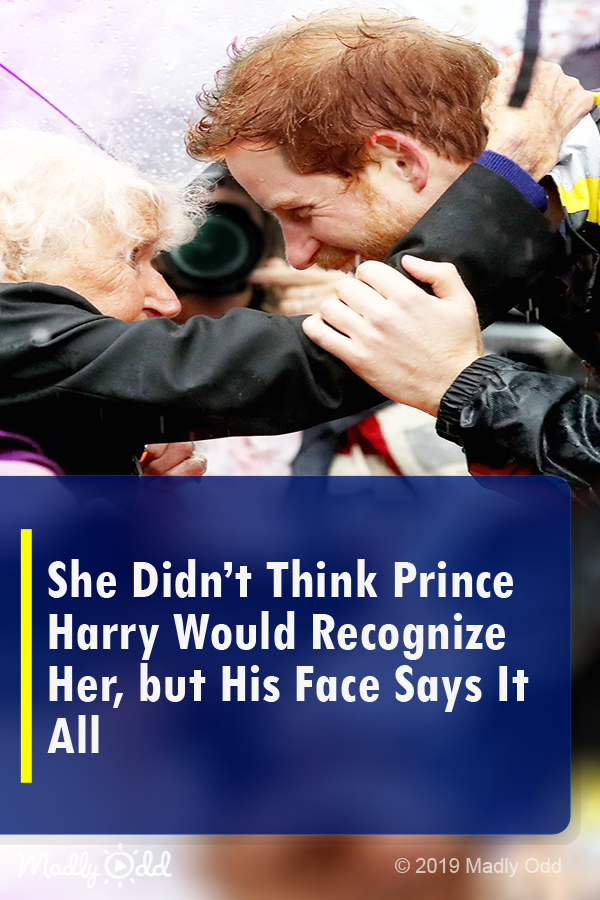