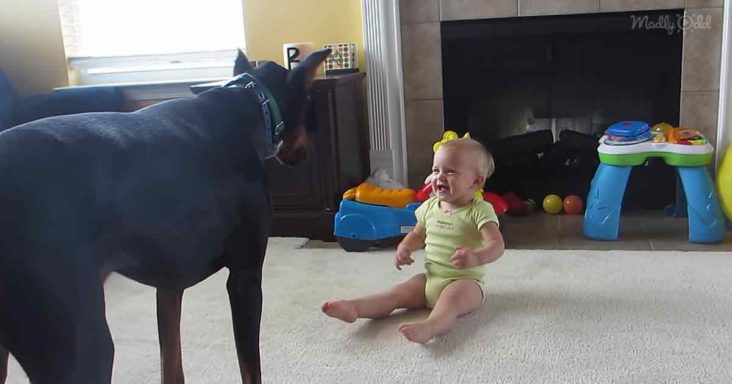 A dog is a man’s best friend. But it will not be wrong to say that a dog is a baby’s best playmate. Something like this was proved recently by a Doberman found to be playing with a toddler. 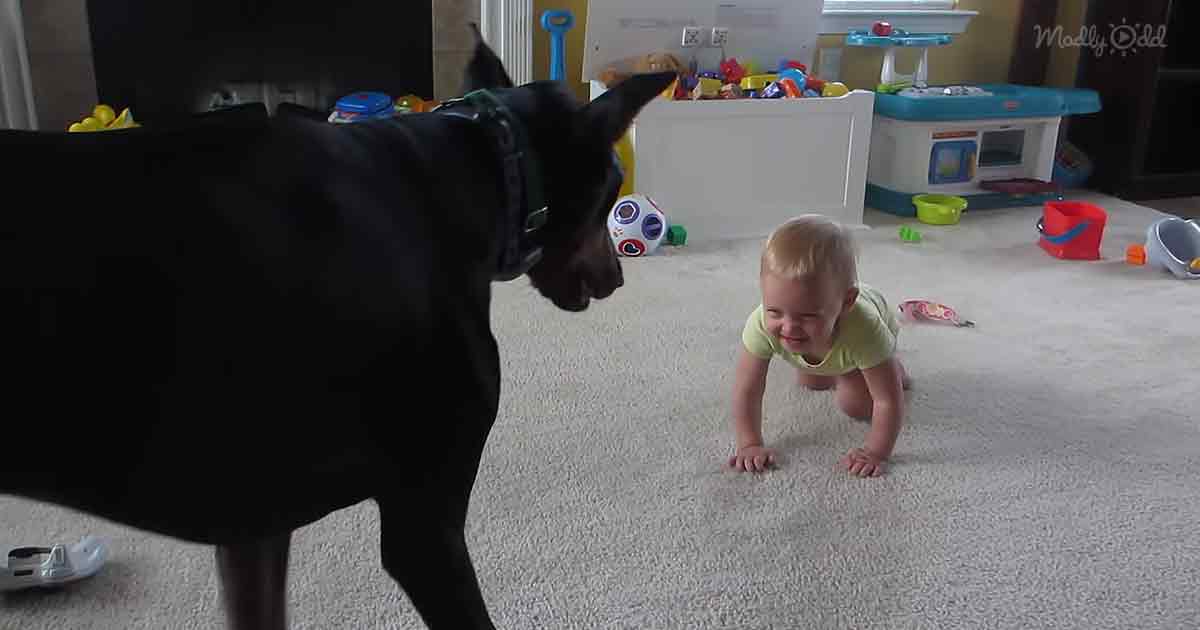 Lily, the Doberman, was recently found to be playing with Addison, her family’s toddler. They were in Addison’s playroom with toys of all shapes and sizes lying in the background.

Lily kept jumping around the baby in a lively manner that made Addison laugh hysterically. Every Doberman’s move was enough to make Addison let out squeals of laughter. She had a smile on her face all the time. 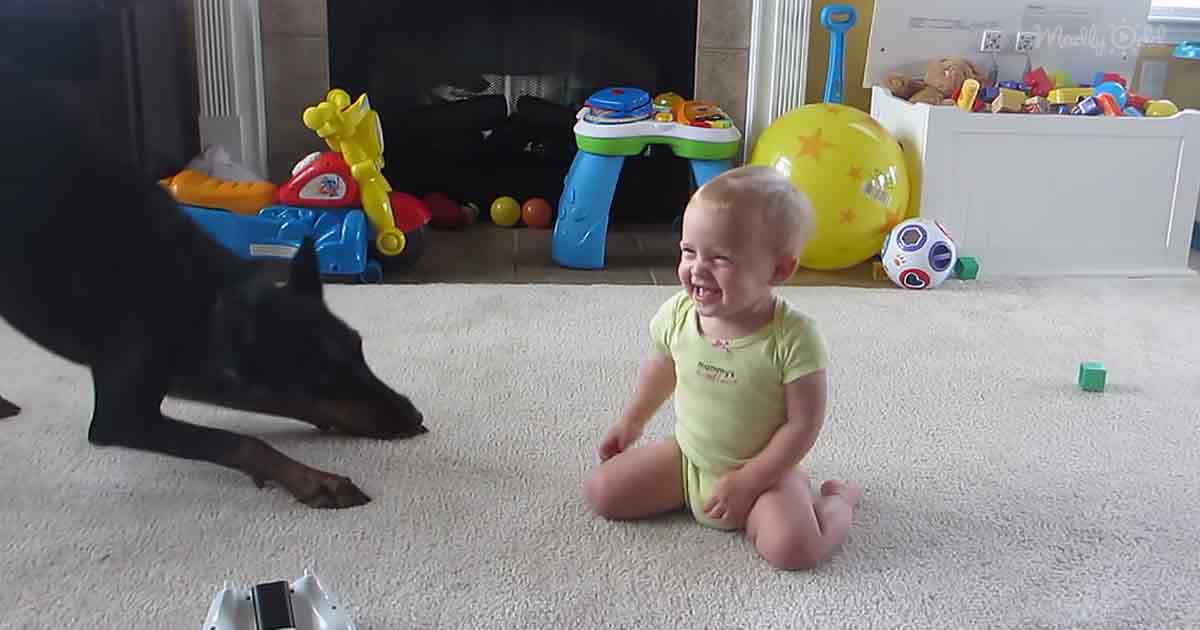 Addison was on her knees while sitting, which can be a significant challenge for any toddler. However, she was least bothered by her sitting posture and enjoyed her pet Doberman’s antics.

Lily kept playing with Addison. She jumped, walked around, squatted as if ready to pounce at Addison, and barked playfully to make the toddler enjoy her actions. Addison’s mother kept encouraging Lily to go on and play with the baby. 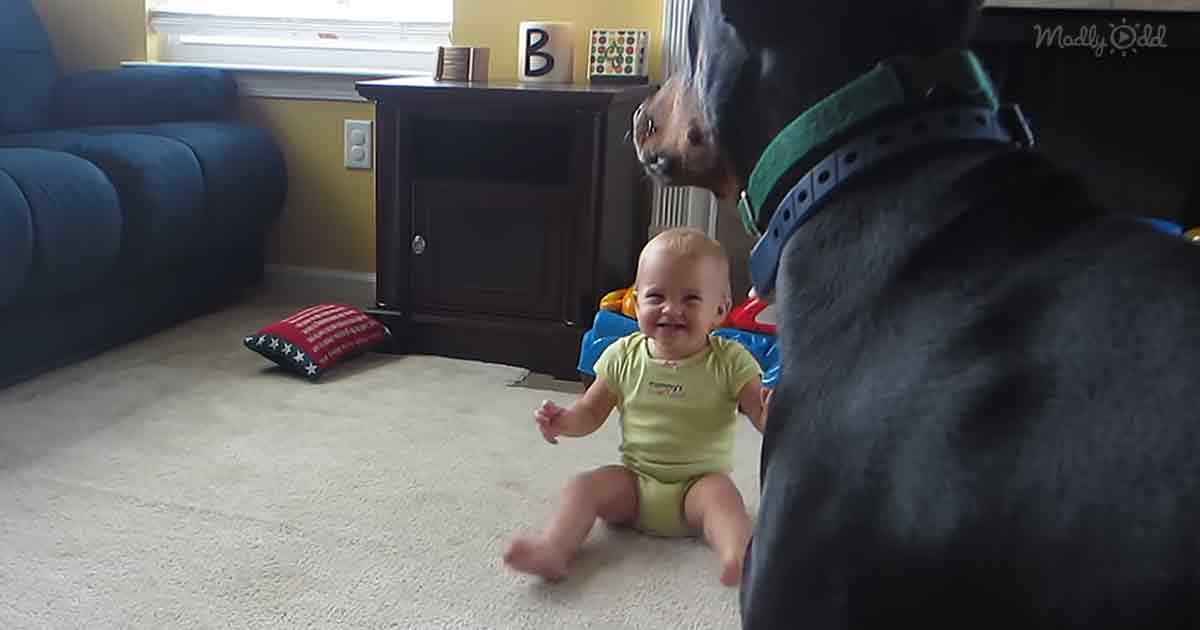 The baby tried following the dog as Lily walked around the room at one point. But as soon as the Doberman started playing with Addison again, the toddler rolled over, laughing on the ground. The dog went over to the baby to check if Addison was okay.

But Addison sat up again, and the playful acts of the dog started once again. Babies and dogs are more or less of similar nature. They are sweet, innocent, and love to have some fun. When the two become a team, the enjoyment practically doubles.