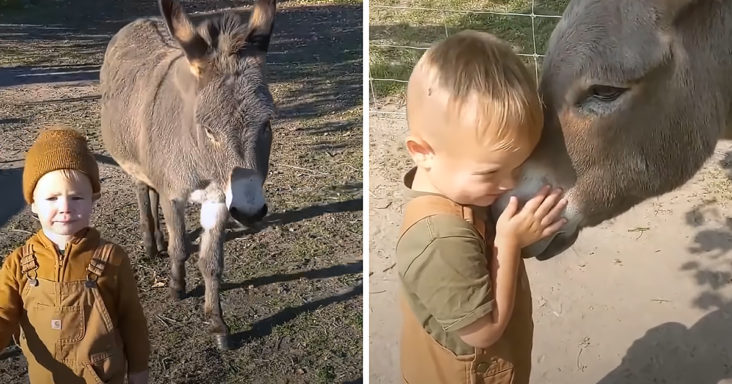 A donkey named Snickers has stolen hearts with a video of him playing with his new human brother, a toddler. Their bond is so strong that the donkey follows the little guy everywhere. 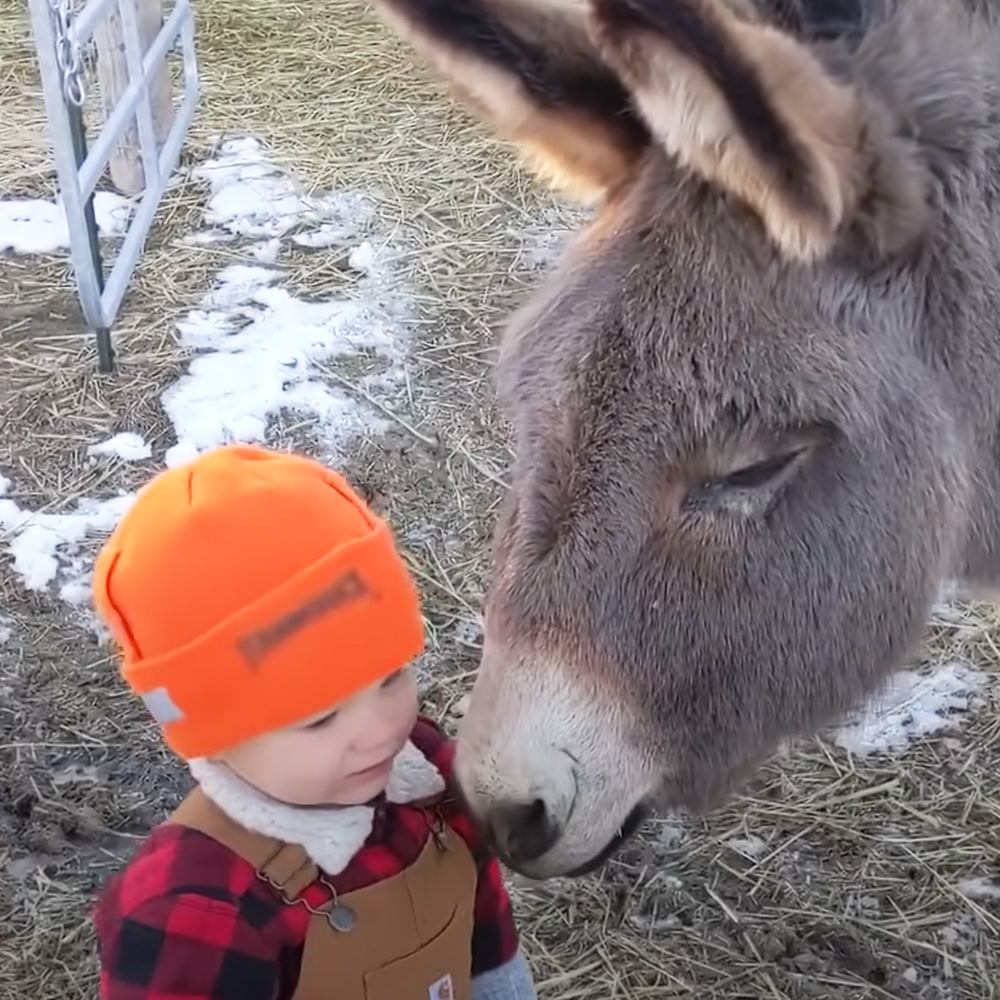 He was recently rehomed as the previous owners thought the animal was not getting the time he should be getting from them. When Damaris heard about this, she brought the animal home immediately.

Snickers instantly felt that he was home. Soon Snickers and Damaris’s little son Gunnar became excellent friends. Snickers would come right up to the backyard fence, and Gunnar would just start walking up to him too and would pet him. 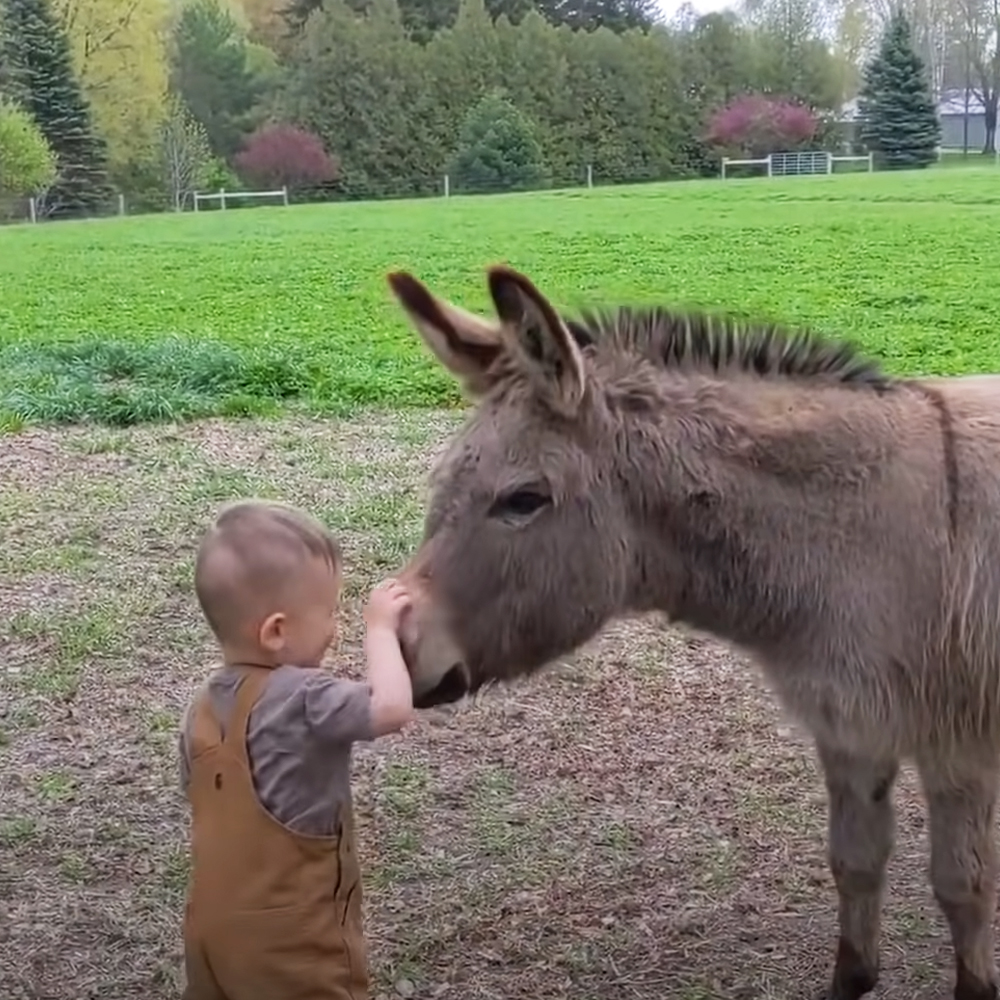 Gunnar even read poems to his new animal friend and always be close to him. This little boy was only 3-year-old but was very independent. He loved to do everything on his own and loved to help his mother do chores.

By helping his mother, Gunnar learned that it was a great thing to do as he got to hold buckets and feed Snickers. He looked at this as an opportunity to provide Snickers his grain. 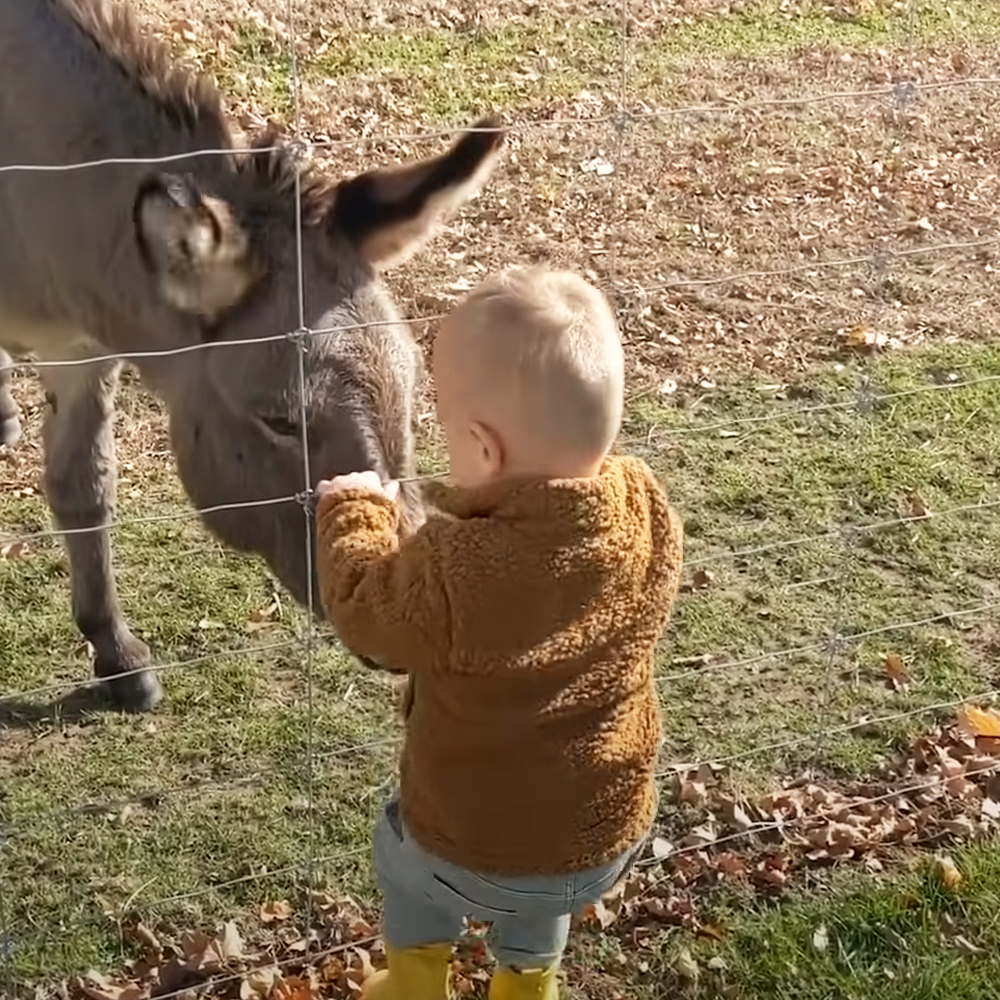 Snickers loved all the attention. He would just cry until Gunnar would come to him. The boy would lovingly pet the donkey and even brush his body with a comb. Snickers knew that the little boy loved him a lot. So he would just stand quietly and let the boy take care of him.

Both of them love to be together in the field. Snickers would always follow Gunnar around. Damaris felt that Snickers thought of Gunnar as a part of his herd, which was why he would follow the 3-year-old around to keep him safe. 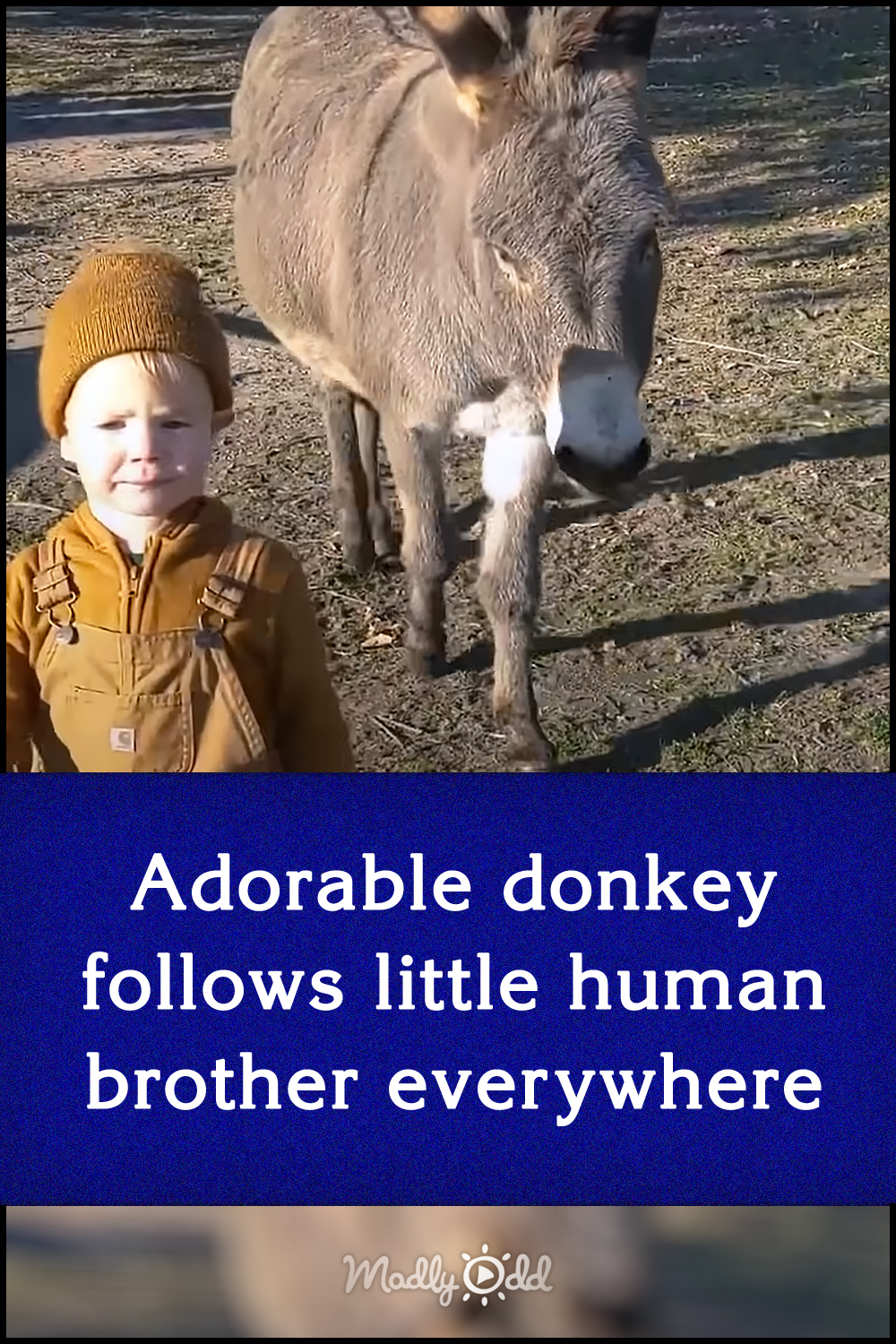