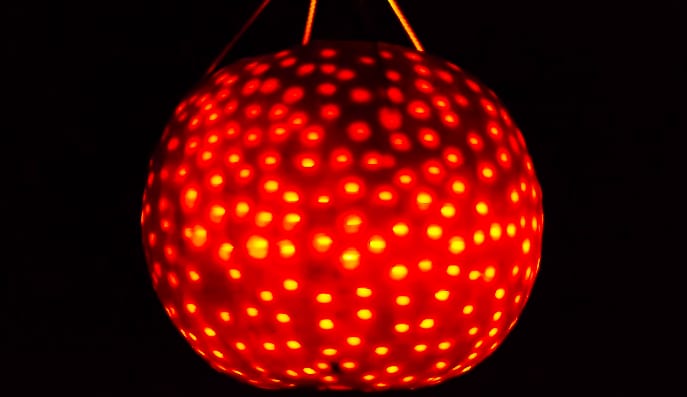 There are countless different ways to go about carving a pumpkin. You can always do the classic toothy grin, but there are many other directions it can be taken. If your carving skills aren’t so great and the result isn’t what you were hoping for, well, no matter! Nobody will know: Jack-o’-lanterns are supposed to look grotesque. What’s really important is that you tried something new and had a good time.

If you’re throwing a Halloween party this year, here’s an idea you’ll want to consider: pumpkin disco lights. It’s an easy and inexpensive do-it-yourself project; no particular carving skills are required. Once you get these disco lights going, your guests will be out on the dance floor busting out the moves. 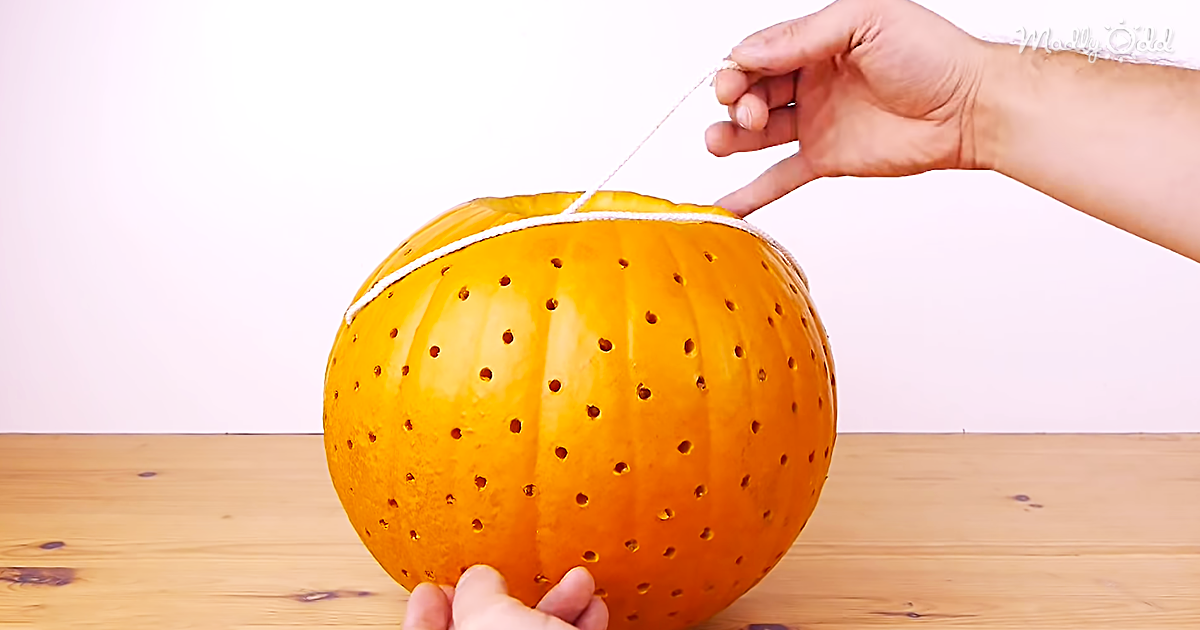 We’ve posted a video that will show you how to go about making a pumpkin disco light. As you’ll see, it’s quite easy. The only carving is the standard hole at the top of the pumpkin. After you’ve scooped out the interior, use a screwdriver (or an electric drill, if you prefer) and poke holes all over the pumpkin. There’s no particular pattern; just do it at random and don’t forget to put some holes in the plug.

Thread a string through one of the holes and tie a knot on the inner end so it can’t be pulled through. Do this again on the opposite side with another length of string. Do this a couple more times if you think it necessary. Tie these strings together and connect them to another string, which you’ll use to attach it to a hook or even a tree branch. 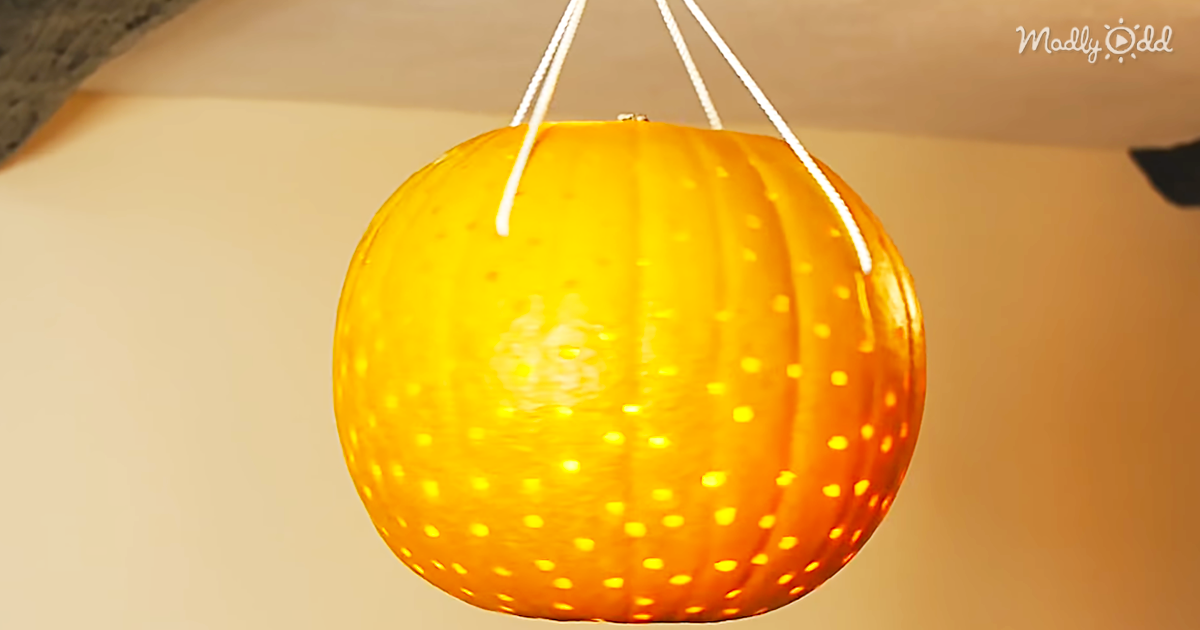 Make sure all those knots are nice and secure. When you’re ready to go, put a nice, bright flashlight that can do a strobe effect on the inside and give the pumpkin disco light a spin! Are you going to have a pumpkin disco ball at your next Halloween party? I am actually going to make a bunch of small ones and fill with fairy lights for my apartment window! 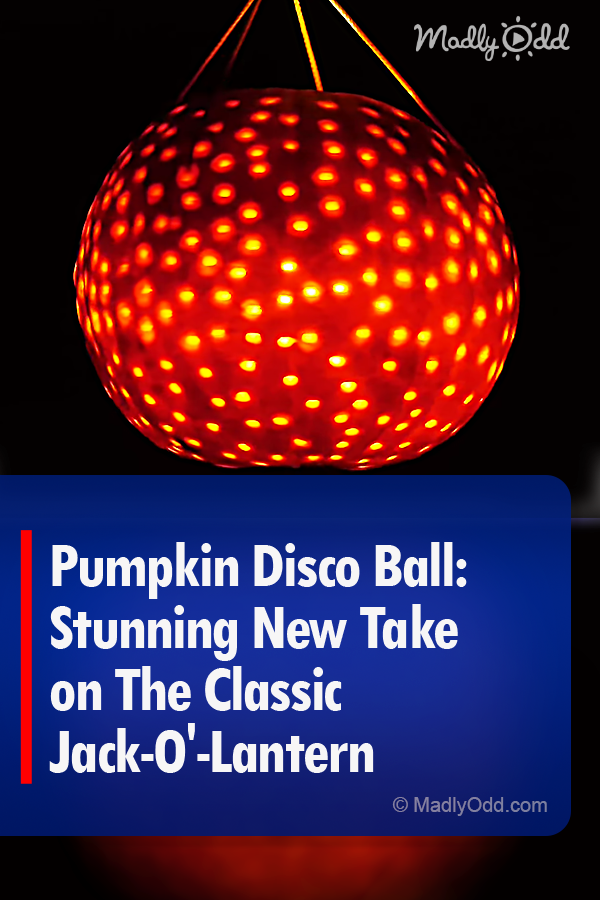