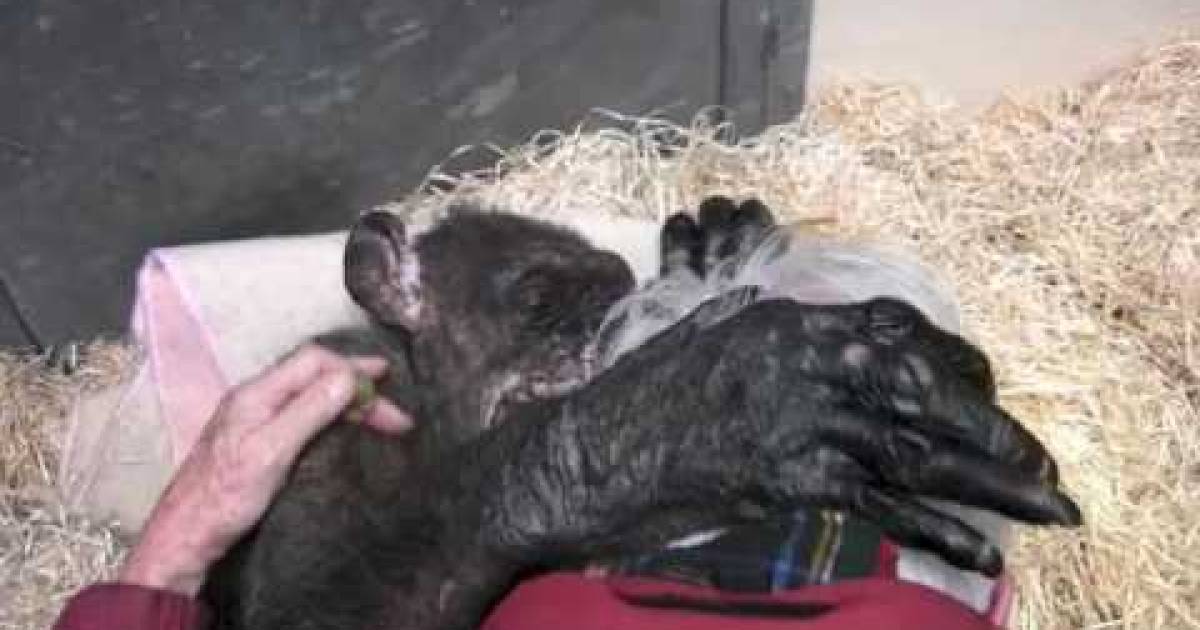 Van Hooff is a professor of biology and comparative physiology at Utrecht University. He’s a specialist in primate research and one of the founders of the Royal Burgers Colony, a sanctuary for chimpanzees. In the wild, chimpanzees typically live to be about 30, but in captivity, they can live much longer. Mama, one of the residents of the sanctuary and the senior matriarch, reached the ripe old age of 59. Unfortunately, her health had taken a serious turn for the worse, and it was obvious she didn’t have long to live. She began refusing food or drink and was lethargic, ignoring the humans who were trying so hard to help her. 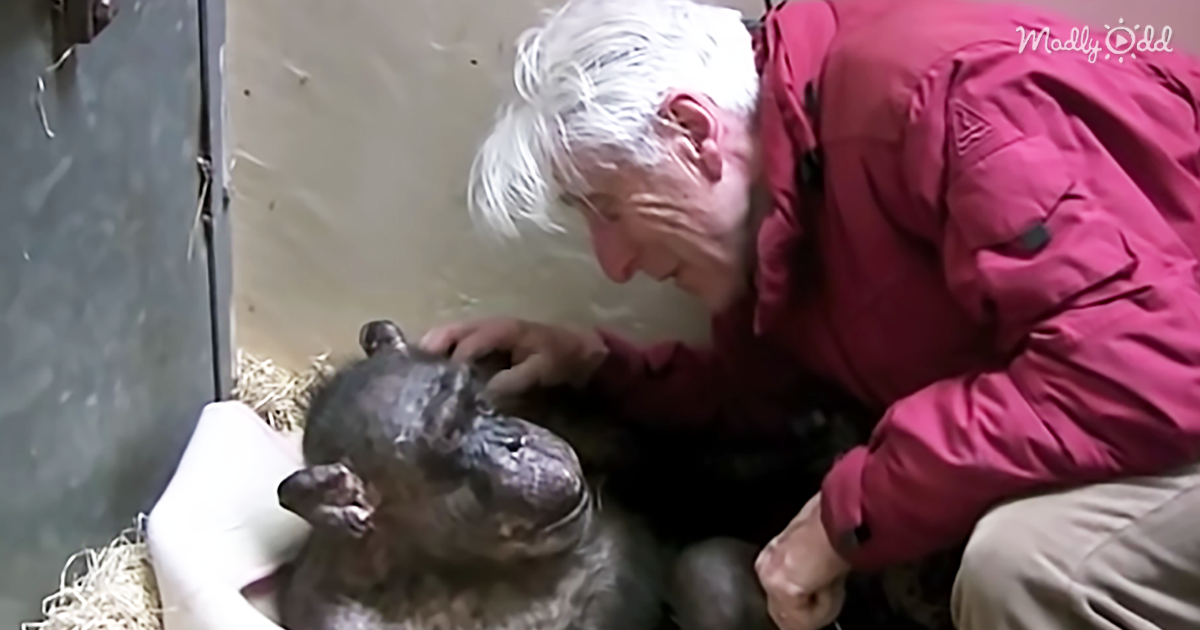 Professor van Hooff had been friends with Mama since 1972 and sad though it would be, knew he had to visit and say farewell. At first, Mama ignored him, not realizing this wasn’t just any human. But then when she got a better look at him, the moment of recognition was incredible. Suddenly, the old chimpanzee who’d completely given up on life had a burst of energy and emotion.

She was overjoyed to see the professor, giving him a big chimpanzee smile, some hugs, and even did a little picking at his scalp and hair (a true sign of chimpanzee love). He offered her some soothing words and gave her a treat that she actually managed to eat. As you’ll see in the video below, it was a bittersweet and genuinely touching encounter. 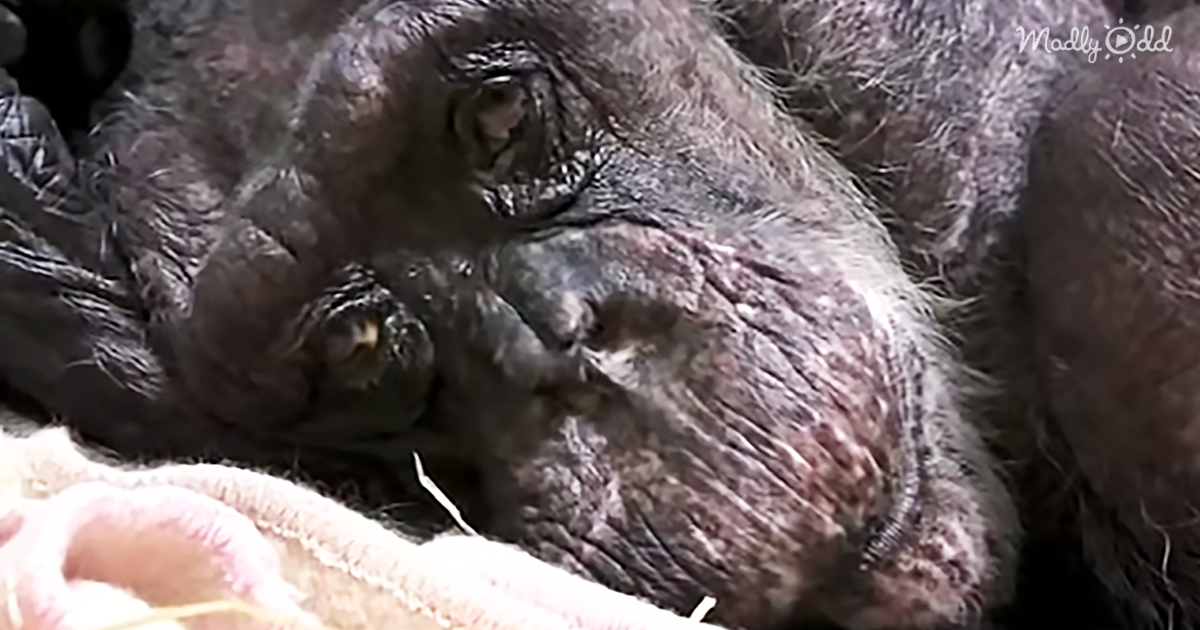 Sadly, Mama passed away soon after van Hooff’s visit. But she lived a long, happy life and helped us humans better understand and appreciate chimpanzees.