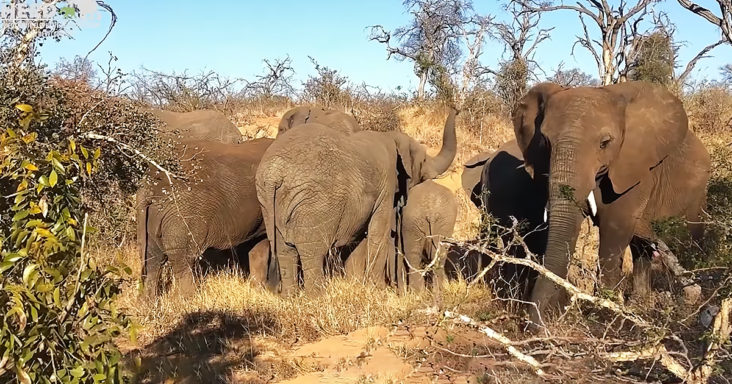 Khanyisa, the albino elephant, stands beside Mambo, the giant elephant, the son of her adoptive mother Lundi. Both Khanyisa and Mambo are stirring up the sand and love to spend time together.

However, Mambo does not like to stay at one place for a longer time and keeps moving on. He climbs high terrain leaving Khanyisa alone. After a few seconds of Mambo leaving Khanyisa, she realizes that she is alone and calls out for her herd.

This is when her herd comes running for her. The first one to go for her help is Limpopo, followed by Jabulani, who stands on the outside, and Lundi moves to the left. 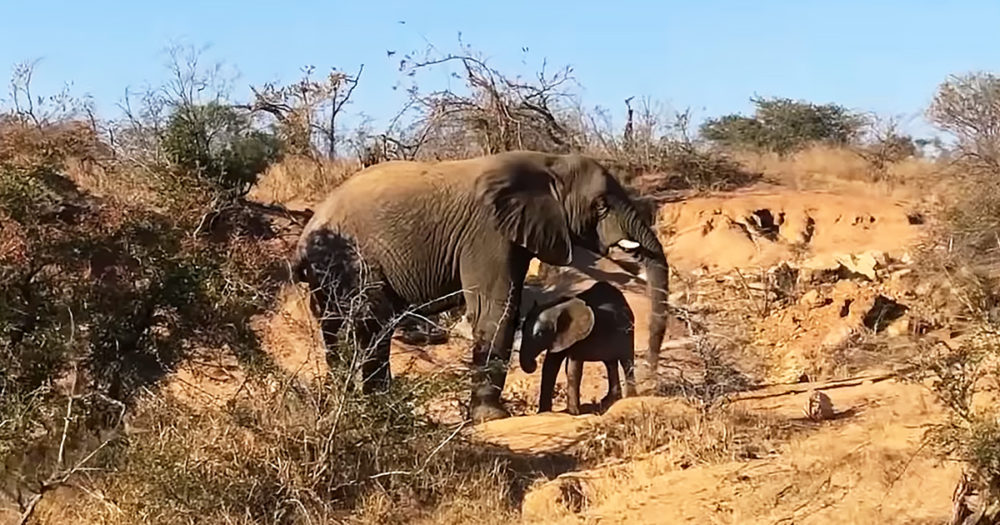 Kumbura joins the herd soon. Later, even Timisa joins them soon. The elephants calm down as they now know that Khanyisa is safe. Then, even the young ones such as Pisa join the herd.

Towke is a bit late to join his herd, but it is better late than never. All the adult elephants make many efforts to make sure that the herd is safe in the wild.

Each herd member has their own role to play except Mambo, as he is nowhere near her. The two giant elephants Setombe and Zindoga, engage themselves in a sparring match with each other.