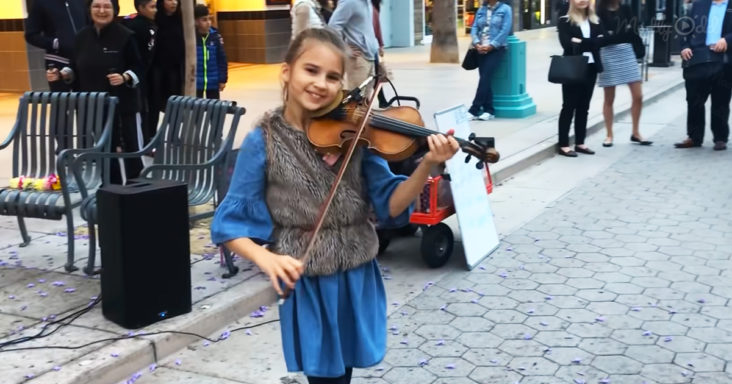 12-year-old violinist Karolina Protsenko is taking the internet by storm with a beautiful performance of Elvis Presley’s hit song Can’t Help Falling in Love With You.

In this video, the young violinist is seen playing on the streets, presumably of Santa Monica, California, where she has been busking since she was just nine years old.

We see her bounce and sway to the nuances of her violin performance while a crowd of onlookers watches her in delight and fascination. 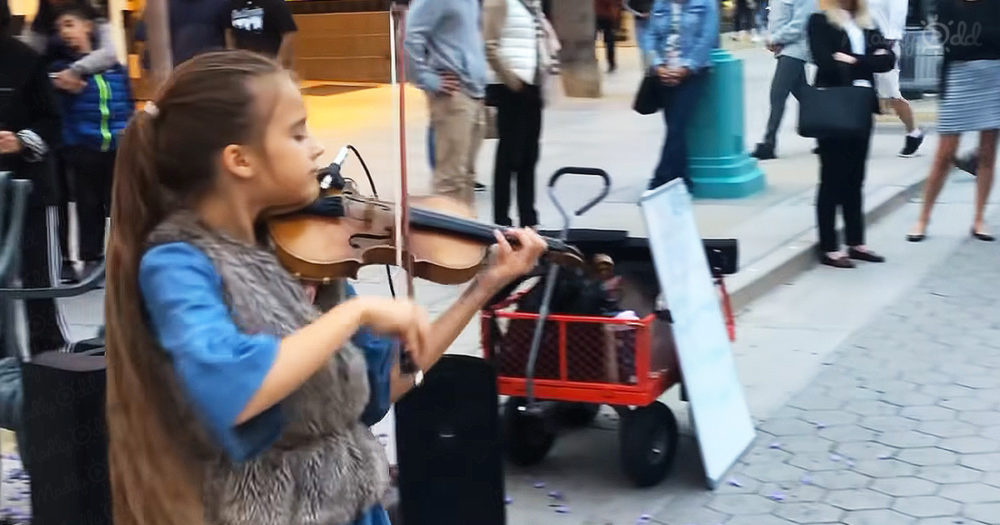 Karolina was born in Ukraine into a musical family to parents who play the guitar and the piano. They moved to the United States when she was 7 years old, which is also when she started to learn how to play the violin.

A couple of years later, she was already confident enough to begin busking on the streets of Santa Monica, which is also where this video was shot.

She has also performed on the Ellen DeGeneres Show and hopes to one day tour the world and play her music for audiences everywhere.