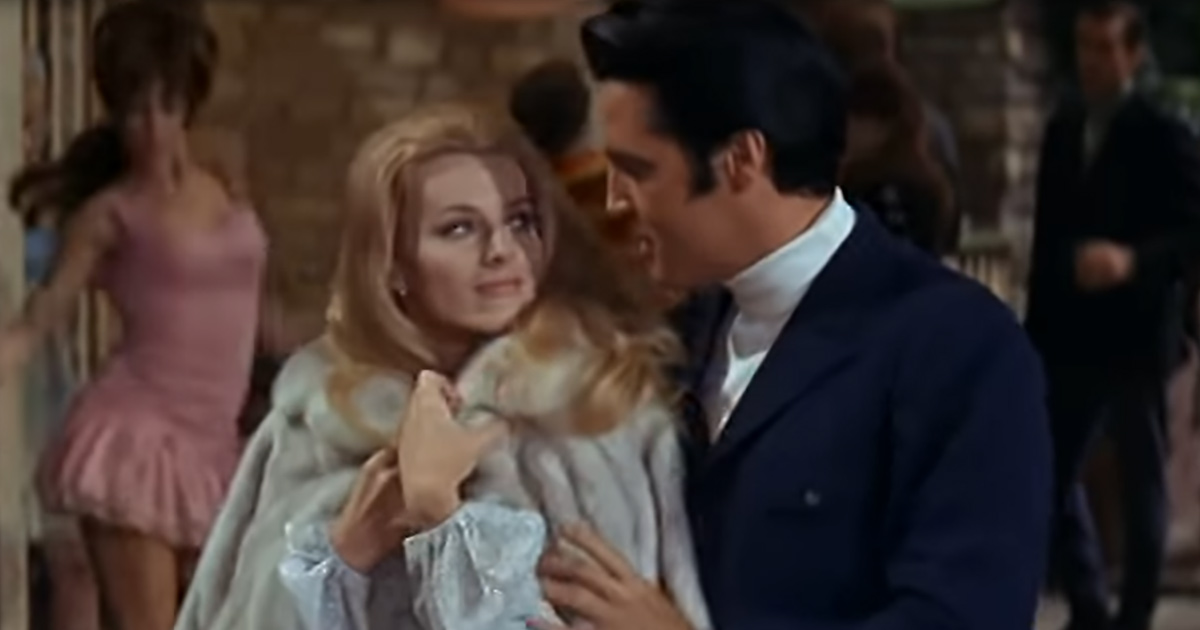 Elvis Presley wasn’t just The King of Rock and Roll. He was also a heartthrob and a half for women all over the world in the 1950s and ‘60s. In the 1968 film “Live A Little, Love A Little,” he shows off just how easy it is for him to get a girl during a scene featuring the hit song “A Little Less Conversation.”

The film features Elvis as Greg Nolan, a photographer secretly working for two competing publishers. For most of the film, he pursues the free-spirited Bernice. But before she comes into the picture, we find the handsome young photographer at a hoppin’ pool party.

Nolan enters the party while singing “A Little Less Conversation” and immediately sets his eye on Ellen, a blonde bombshell sitting near the pool. He guides her away from the pool, through the dance floor and out to the car or as one fan put it jokingly, “Elvis shows up at a party. Picks out the hottest blonde. Leaves the party with the blonde, and drives her back to his place in a giant Chrysler Imperial convertible. Elvis wins at life.”

The song wasn’t a massive success for Elvis until 2002, when Dutch musician Junkie XL remixed and re-released the song. The electronic version rapidly climbed to No. 1 in the UK and landed on Top 10 charts across the world.