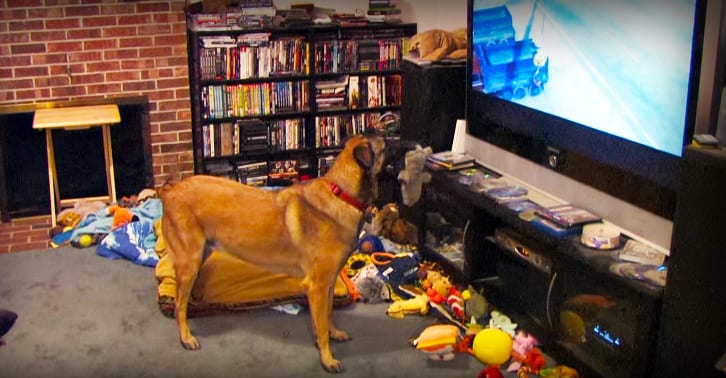 Favorite movies aren’t just for people. Stryker, a handsome Belgian Malinois, shows that dogs do, too. And if you think about how excited people can get about their favorite movie, just imagine how worked up a dog can get when his number one flick is on the screen.

Stryker is a big fan of “Bolt,” an animated adventure movie released by Disney in 2008. And yes, as it happens, the movie’s main character is a superhero dog! As soon as Stryker hears the opening scene, he comes running right up to the television, his nose nearly pressed to the screen, his tail wagging expectantly.

As his human dad describes it, “He goes nuts in the opening scene where they are running through the streets. The sequence is maybe five minutes long but Stryker goes crazy when he watches it.” Stryker really goes bonkers when Bolt himself appears, jumping up and down, and running around before returning to his spot in front of the screen.

You’d almost think the real-life dog wants to somehow get into the movie and frolic with its characters. And maybe he does. When Stryker realizes that, no, he can’t join Bolt and his friends, he gets frustrated. Watch him pick up his toys and shake them when he gets mad that he can’t get to Bolt.

We’ve posted a video of Stryker watching his favorite movie. You’ve got to see how wildly enthusiastic this happy and energetic canine gets just from watching a cartoon. Incidentally, his human dad got Stryker a deluxe top-quality BluRay edition of “Bolt” for Christmas one year! 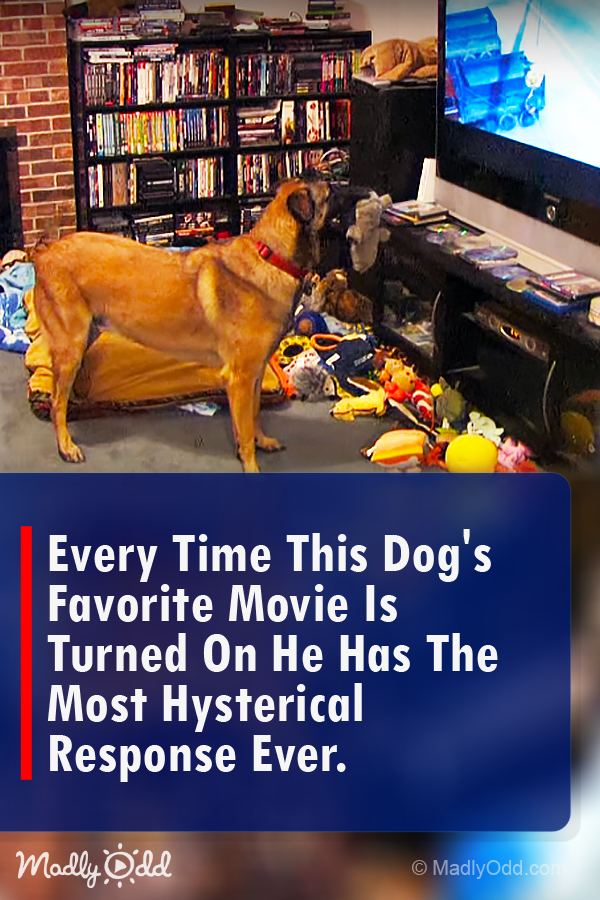