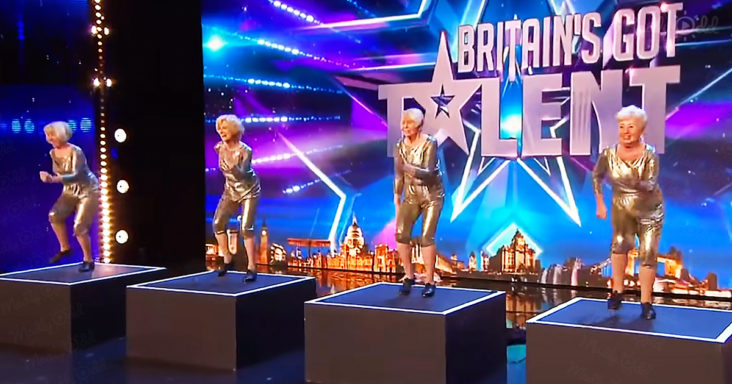 Four seniors come out onto the stage of Britain’s Got Talent. They walk in a line holding hands and approach the mic. Simon Cowell asks them who they are, and they introduce themselves as the “Cocooners.”

The crowd immediately cheers for them. There are four women in the group. Michelle is 63 years old, Heather is 70, Lyn is 80, and Maxine is 75. 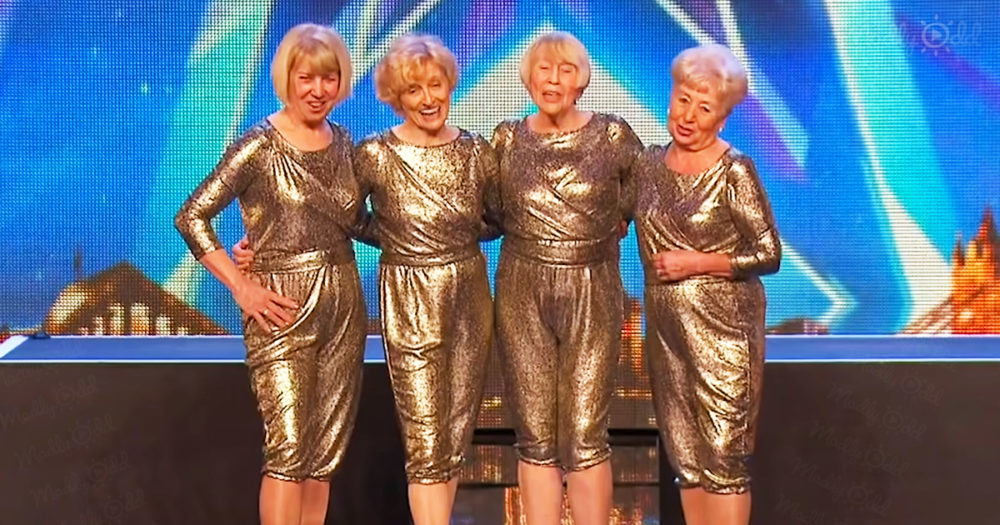 Once they are done talking, they take their place for the performance. Everyone, including the judges, is still unsure of what they will do for their audition.

Each of the women is standing on platforms that rise from the ground. They each present themselves on top of pedestals. As they look to the ceiling, the music starts.

To everyone’s surprise, the women started taking off their dresses or whatever they had on. Underneath their clothing, all of them were wearing a shiny one-piece outfit. The audience went wild. 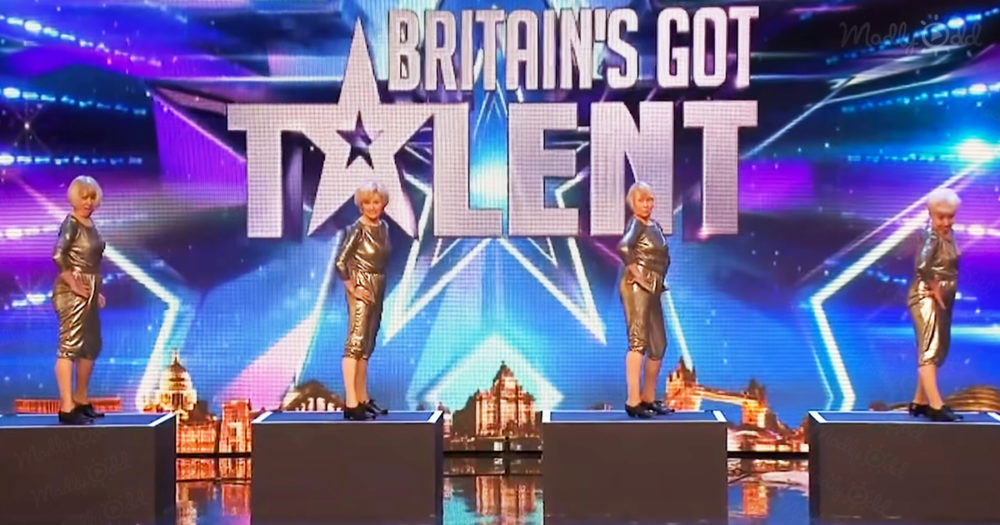 The Cocoons then proceeded to tap dance and show everyone that age doesn’t matter. With smiles on their faces, they won the hearts of the crowd and the judges.

They end their performance, still as spry as ever. Simon Cowell calls them little minxes, and still, the crowd continues to cheer. The judges are still in awe, and they all vote yes for the Cocooners.