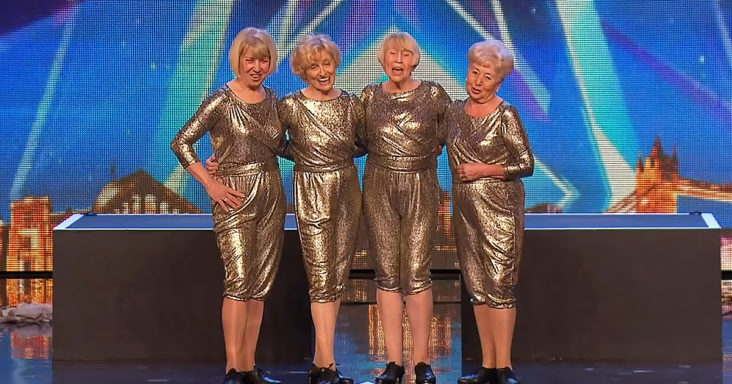 Four energetic grandmas proved that age is all in the mind when they dazzled millions of people worldwide at a famous reality talent competition. Their dancing skills generated awe and envy in people even half their age.

You will rarely see the infamous talent judge, Simon Cowell, smile or show a positive reaction to a performance from ambitious performers. These four senior citizens, however, had him up on his feet, cheering and sporting a smile from ear to ear.

The four grandmas formed a group with a tongue-in-cheek name called The Cacooners. The title hints at the classic movie Cocoon, where elderly people discover a pool that gives them youthful energy. 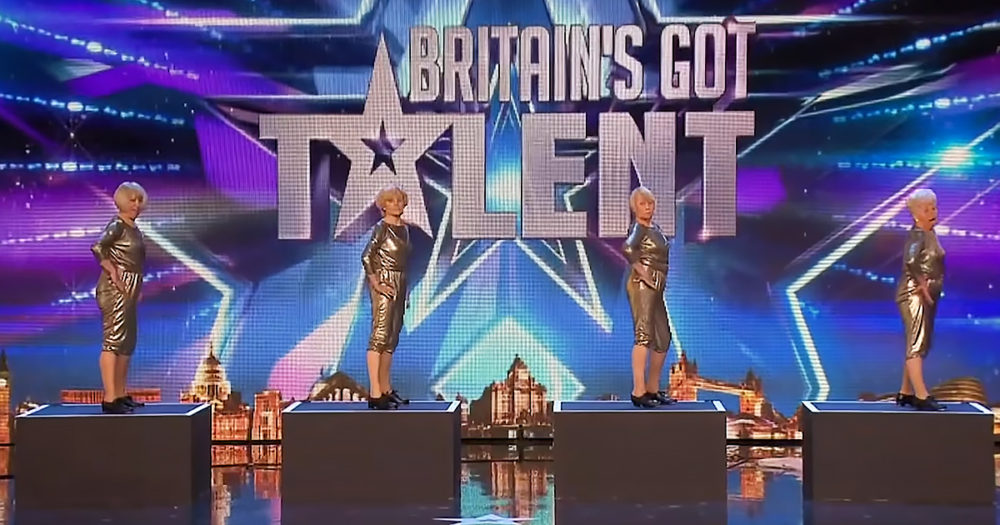 Heather, Michelle, Lynn, and Maxine took the stage with pride. They stunned an unsuspecting audience and judges panel with their tapdancing skills and glittering outfits.

Their ages range from 65 to 80, but their performance did not suggest that they were that old at all. Upbeat music and onbeat tapping impressed even the most skeptical onlookers, like Simon Cowell.

The Cocooners performed on an episode of Britain’s Got Talent and were seen by people worldwide. They received four unanimous yesses from the judges and proceeded to the next round of the famous show.

This heartwarming and inspiring video deserves its popularity status. It is no wonder that it has been seen and shared by millions of people worldwide. Go-go Grandmas!