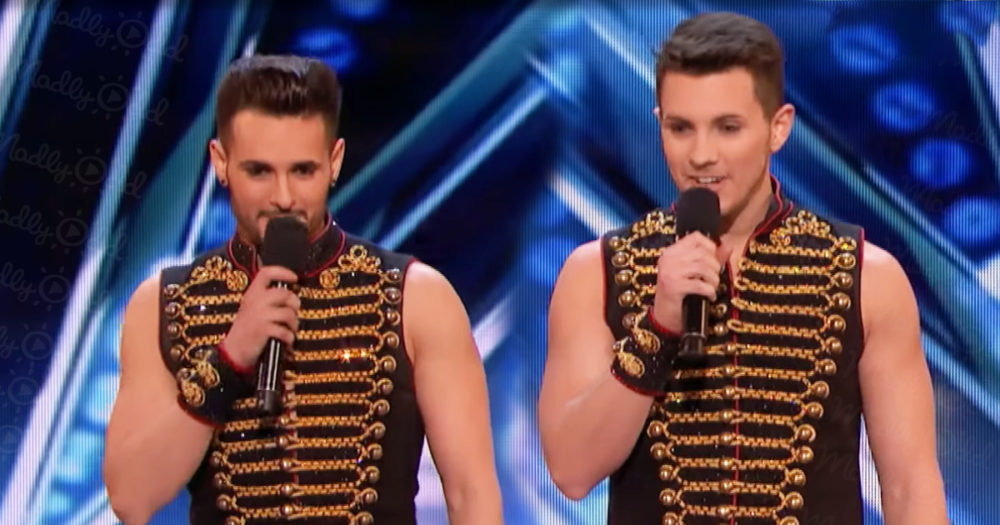 Where there’s risk, there’s reward. There’s also the potential for a downfall. These acrobatic brothers experienced the meaning of these words when they tried — and failed — to perform an extremely dangerous and complicated maneuver that ended in near tragedy when their risky performance comes to a screeching halt after one wrong move.

Meet the now-famous, dynamic brother duo acrobatic team known simply and mysteriously as ‘Fratelli Rossi’. We like it. It has a nice right to it and the obvious play on words earns them points for creativity. It celebrates both their sibling connection as well as their Italian ancestry. Of course, translated directly from Italian, their name means “Red Brothers”. (Thank you, Google Translate!)

Now despite the hype, in a (quite literal) shocking twist, one of the brothers slips before completing his routine and he comes crashing down on his sibling. Fortunately, no one appears seriously harmed (but it’s painfully obvious they are going to be limping home later).

The audience is horrified and aghast; the brothers are befuddled. “I was performing in one show and fell down and I tore my ACL,” one of the -brothers later told Simon Cowell. “I had ACL surgery six months ago on my right knee and tonight is my first performance since then.”

After their accident, they’re not sure what to do and neither is the crowd. This was a pretty risky maneuver gone awry. Melanie Brown protests, “No, don’t! You’re not doing it again!” she proclaims. Howie Mandel adds, “No more! No more! No More!” Heidi Klum looks on with empathetic embarrassment. Of course, Simon Cowell’s facial expression says it all: “Are they REALLY going to try this again?”

There is, however, light at the end of the tunnel for these two brothers as, despite their accident, the judges gave them a second opportunity — and we have that video here for you, too. You’ll watch with baited breath as you wonder (as we did), will they be able to complete their act without mishap?