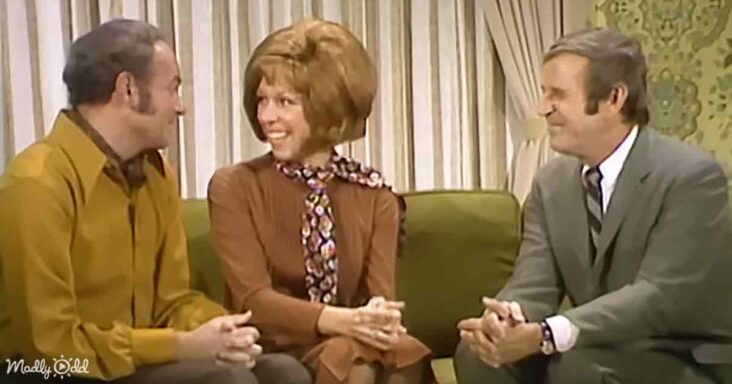 ‘The Carol Burnett Show’ welcomed guest star comedian and actor Paul Lynde. With his distinctively snarky persona, the funny showman played a great part in Carol’s sketch about a salesman. Harvey and Carol play a married couple examining papers given to them by Paul, an insurance salesman. They ask Paul for clarity about what he is offering. 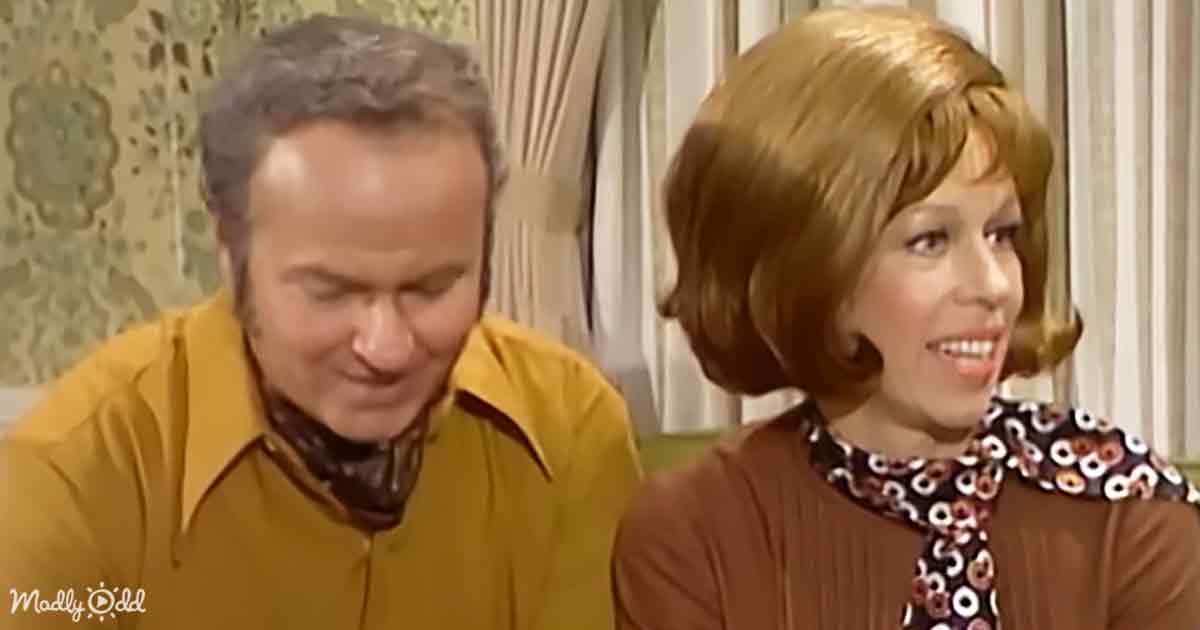 Paul smiles in his comically creepy way with a big toothy grin. He answers them, saying, “What I’m suggesting, nice people, is our comprehensive homeowner’s policy. It covers fire, theft, flood, and all acts of God. Even if you’re atheist.” He smiles and laughs loudly while licking his teeth. 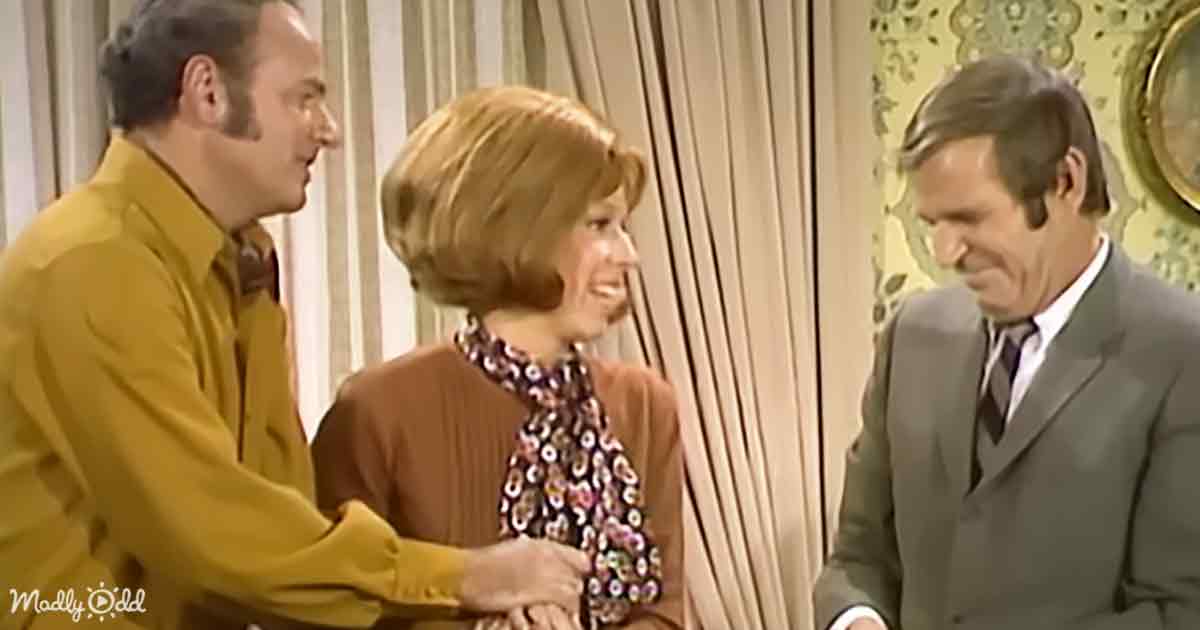 Carol is excited about the insurance and agrees with Paul, but Harvey hesitates. Carol signs impulsively, and Harvey decides to sign too. The screen goes black and reads, “One Month Later.”

It shows their house all burnt and damaged. Carol says, “Oh, Herbert, what are we going to do?” Harvey tells her not to worry since they are with ‘All-Heart Insurance.’ However, when Paul walks into the house, he acts as if he doesn’t know them. 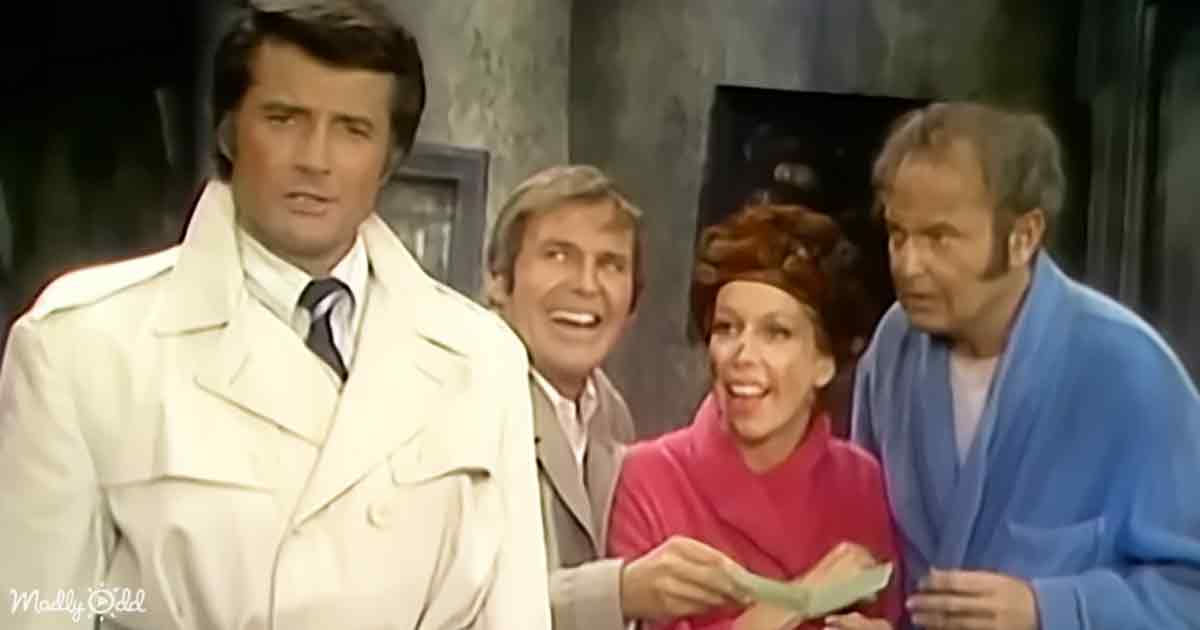 Paul is being difficult with them, and Carol tells him they just want to be compensated for their damages. Paul says, “What damages?” Carol asks if he remembers the pretty lady that signed first. And Paul says, “I said that? I must have had a terrible month.” He looks in disgust as the crowd laughs.

Harvey asks Paul if he has the papers, and Paul pulls them out and looks and says they aren’t as bad as Harvey thought. Paul says, “I can settle your claim right now! I’ll give you 63 bucks.” Carol yells, “You are crazy!” Paul says, “You signed this policy, and you’re calling me crazy?” He laughs with signature style, and the audience loves every minute of this guest appearance by Paul Lynde. 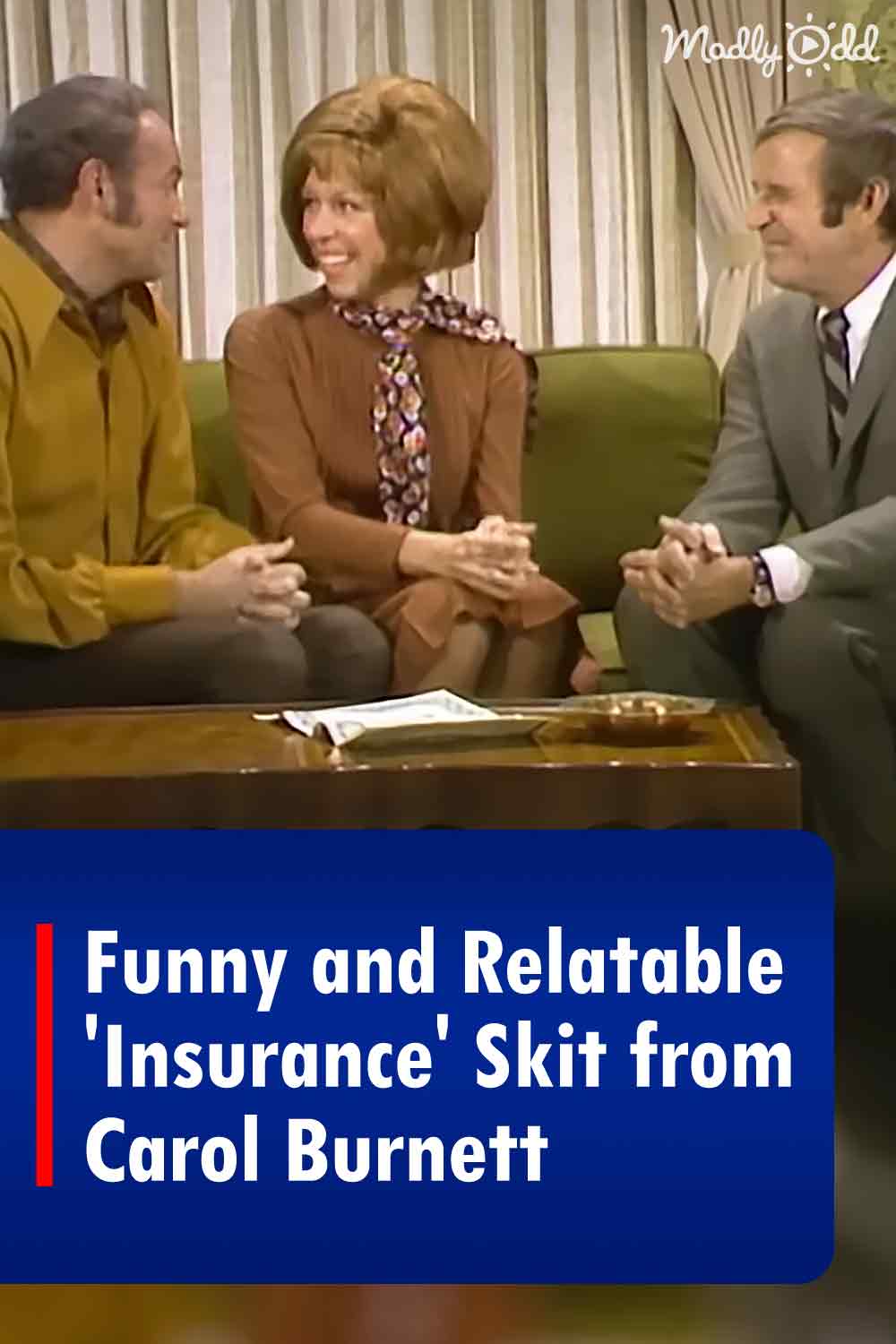