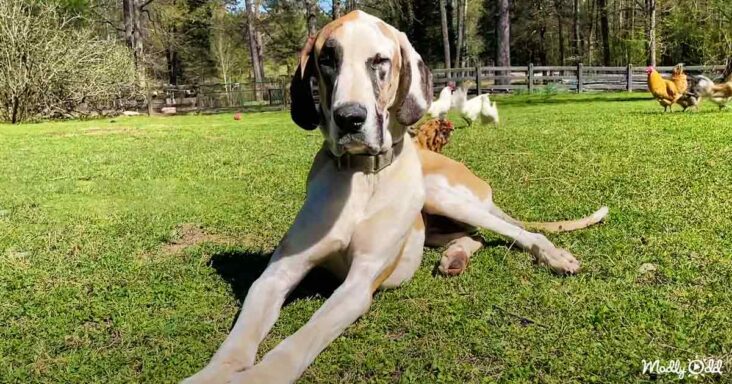 Adri Rachelle was the owner of Wild Things Sanctuary. Recently, a Great Dane owner surrendered the dog to the sanctuary, and Adri was delighted to have him in. According to Adri, Hodor, the Great Dane, was big and dumb. He didn’t know how big he was. 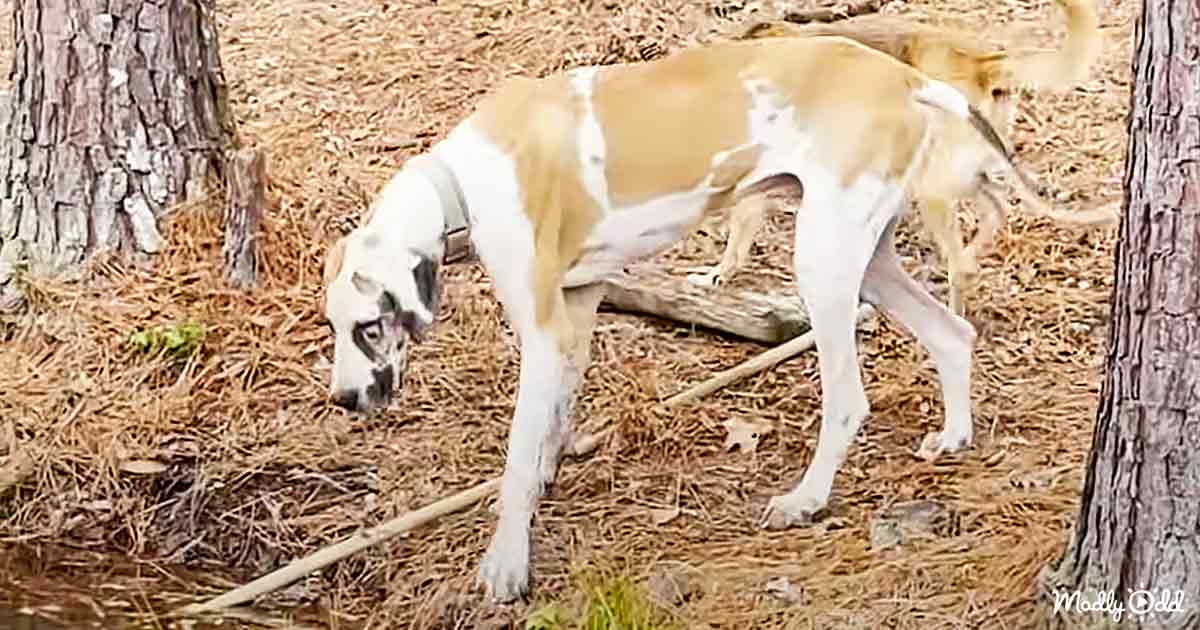 When Hodor reached the sanctuary and got out of the car, he ran everywhere. There were no leashes or fences to stop Hodor. The Great Dane went straight to where the mini-cows were kept and stuck his nose through the iron fence. The bull walked up to the dog and licked his face. The dog also licked the bull’s face in return.

Hodor met a lot of animals at the sanctuary, and he was terrific with everybody. He met chickens, foals, baby goats, and piglets. He loved them and used to play with them whenever he could. Adri got the piglets from a woman trying to get rid of a few piglets barely 2 to 3 weeks old. 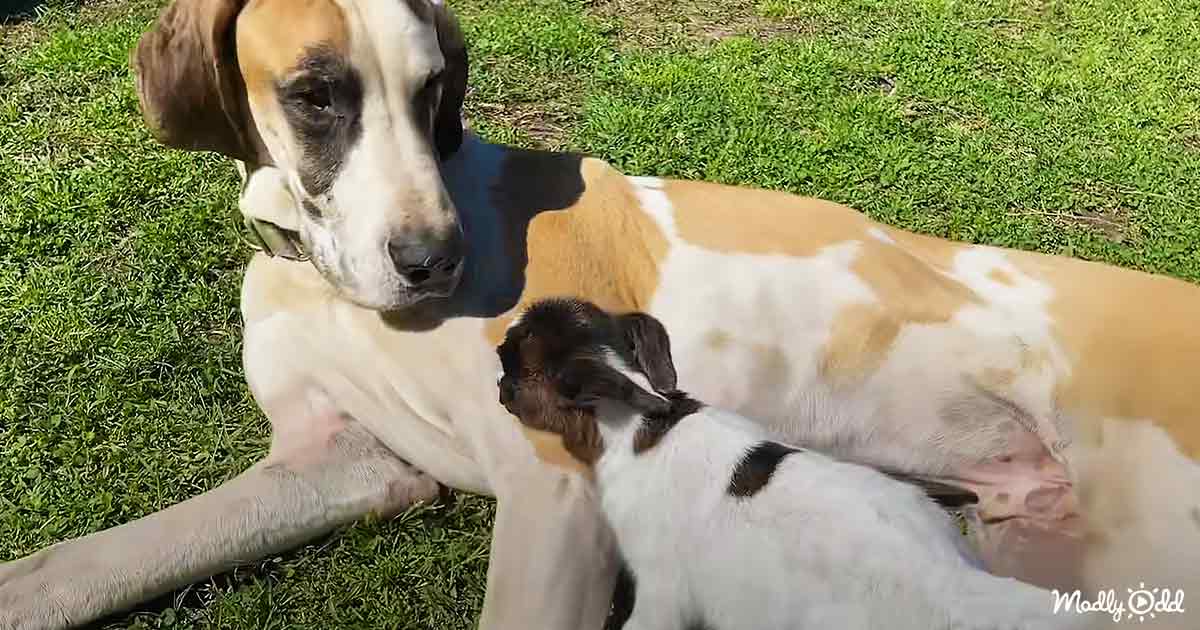 The piglets’ mother had abandoned them and wasn’t nursing them anymore. Thus, Adri decided to pick the piglets. The tiny piglets were full of energy and always used to play with each other. According to Adri, Great Danes tend to bloat after meals. Thus, Hodor had to rest in his crate to enjoy quiet time. 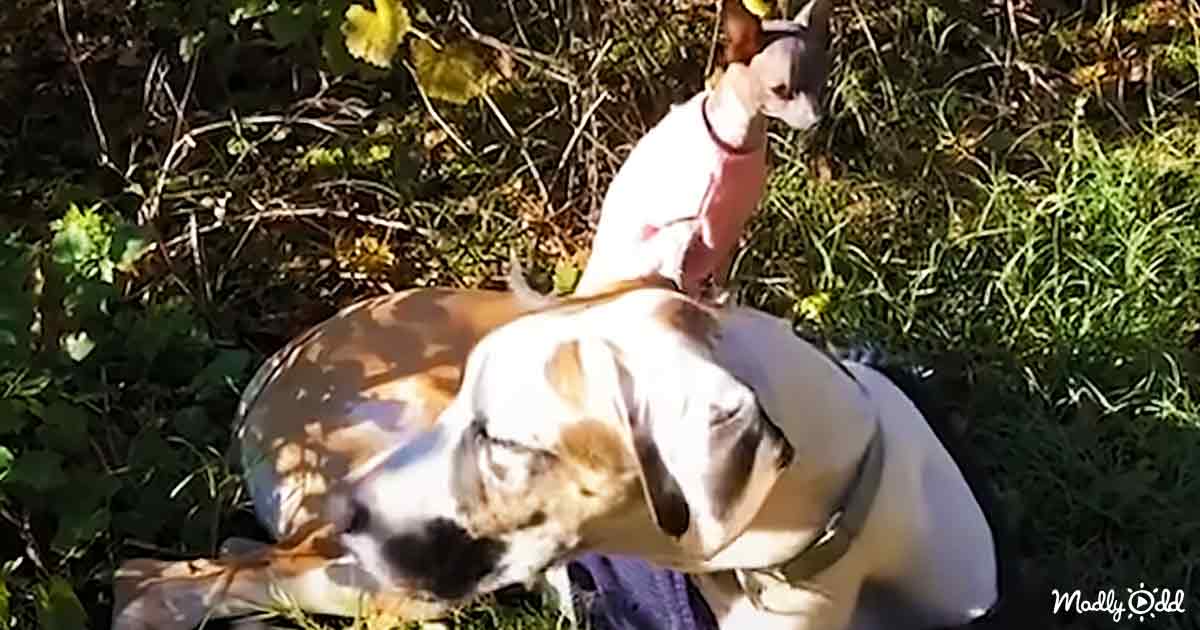 The kind dog didn’t move until all the piglets comfortably rested on him. The piglets would always race in to see if the Great Dane was in his crate or not. The piglets loved Hodor because he was big, soft, and warm.

Adri took in another Great Dane a few months later and named him Duncan. His owner had passed away recently. Duncan was like Hodor’s little brother, and he used to follow in Hodor’s footsteps. The two played with each other and enjoyed each other’s company. Adri loved her decision to take in Duncan, who was equal to Hodor’s size.