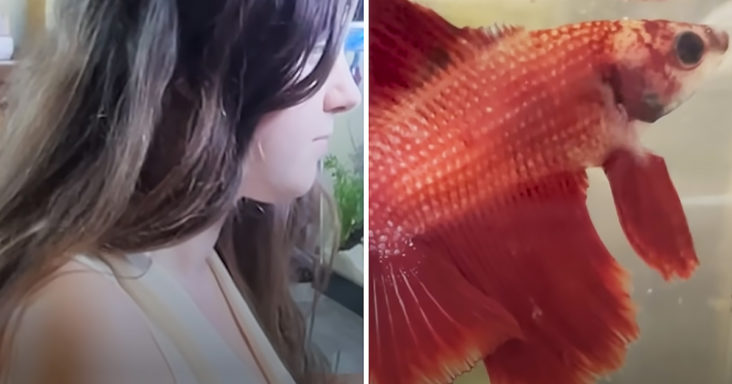 When Holland first got Bongo the Betta Fish, he was pale and skinny. His entire tail was gone because it had rotted off, and it was clear to her that he had not been eating. 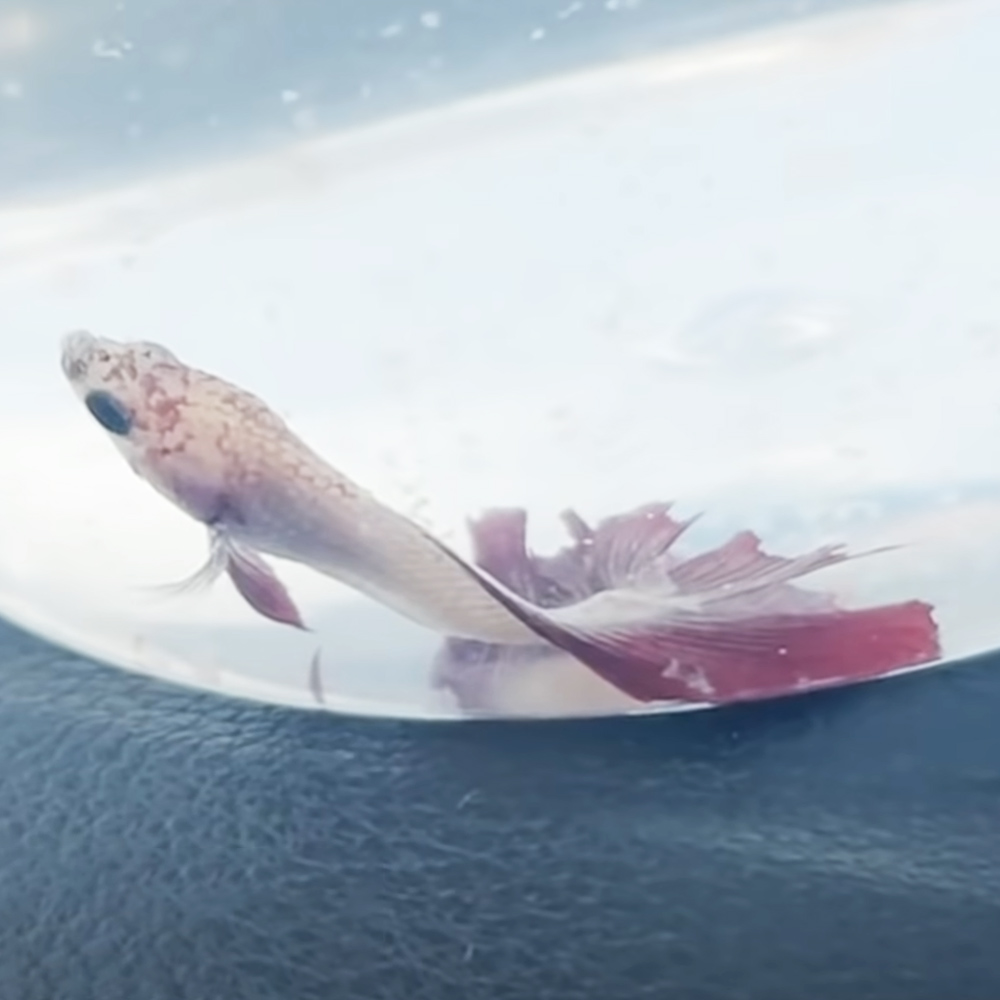 Bongo had been like that for days, and she put him in a hospital tank temporarily. It had a heater, and at first, he was timid and hid most of the time.

He would lay on his side while breathing heavily. Holland would frequently change the water every day. Three days later, Bongo started to swim, and his red color began to return. 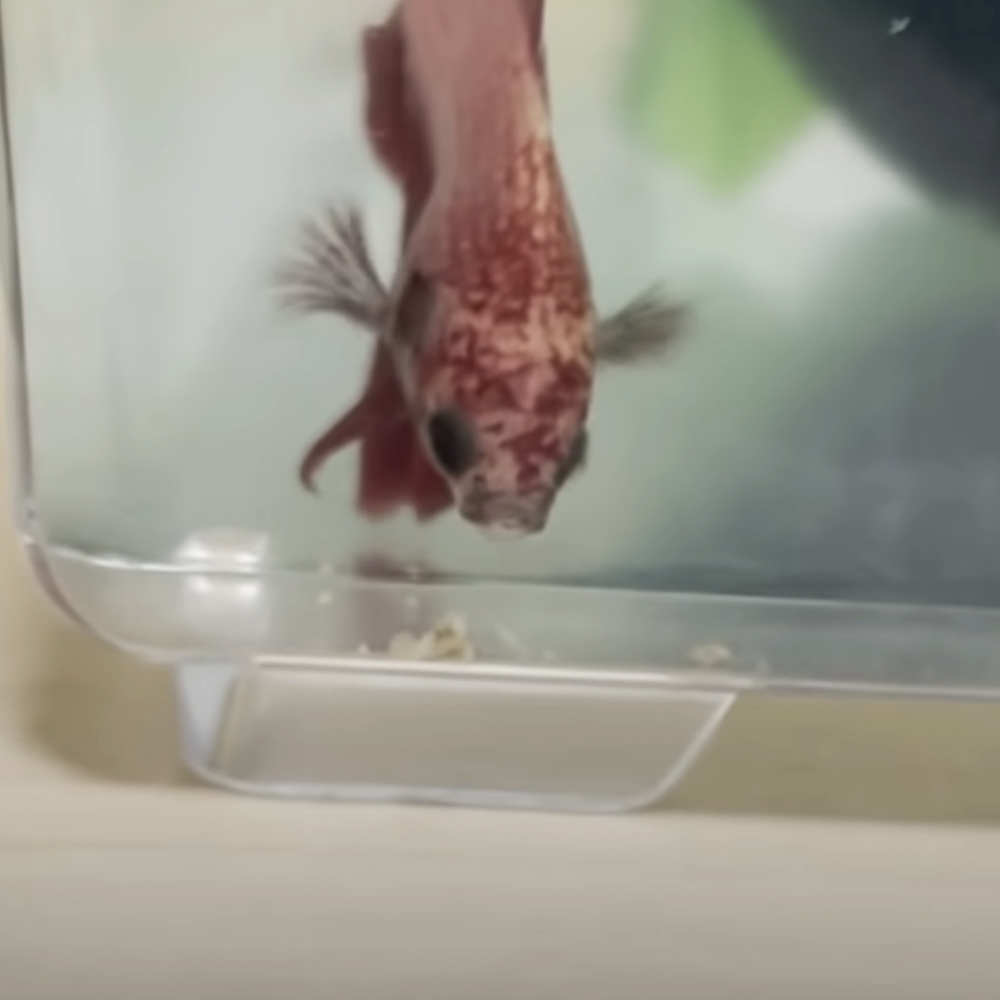 Holland gave him antibiotics which helped him even more. Then Bongo began to eat, which was a huge step towards him becoming better. Two weeks later, she was surprised to see how much he had changed.

Bongo was a bright, beautiful red, and his tail had regrown incredibly quickly. Holland put him in a tank, and while he was still shy, he was also curious about her. 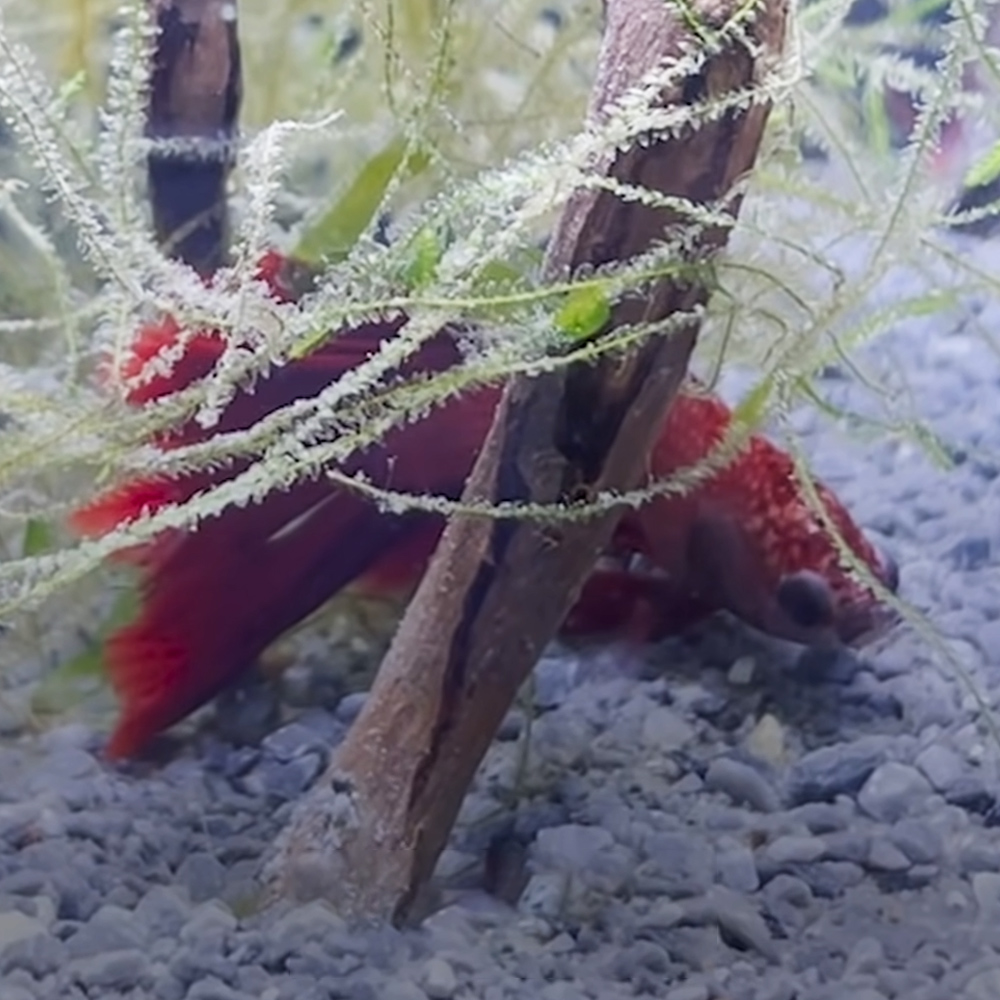 At that point, she had rescued over 80 fish, and most of them were extroverted. She usually let her friends adopt the rescued fish, but she kept Bongo.

Holland loves that Bongo was sweet and introverted. She said that some things need time and care to be beautiful.