‘The Carol Burnett Show’ featured a hysterical skit with Carol reprising her notorious Fireside girls character ‘Alice Portnoy.’ She is joined by comedian Soupy Sales, who plays a patient in the hospital. 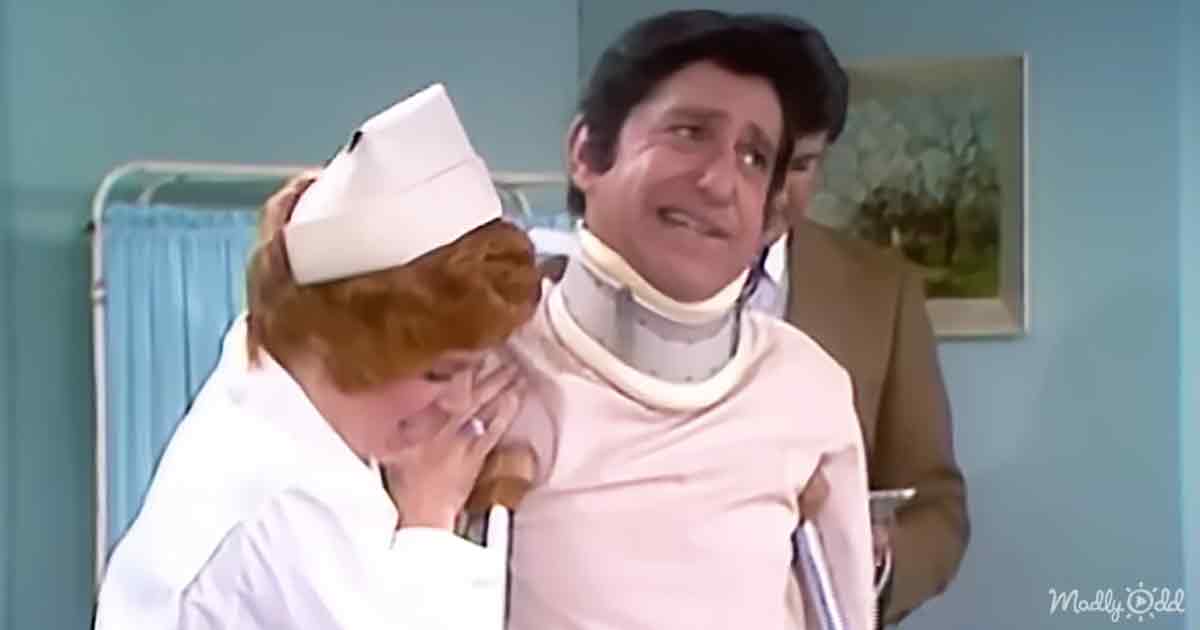 Soupy enters a hospital room, helped by a nurse into bed. He is wearing a neck brace and using a crutch. He lays on the bed and groans in pain. Little does he know things are about to get a lot worse.

Carol walks in wearing the full Fireside girls’ uniform and yells, ‘Good evening!’ She tells Soupy she is collecting money from patients to help poor people. Carol’s lisp and high-pitched voice make the character even funnier. Soupy begs her to leave the room and even gives her a nickel. She sarcastically says, ‘Wow, oh sir, that’s wonderful. That’ll buy somebody half a tootsie roll!’ 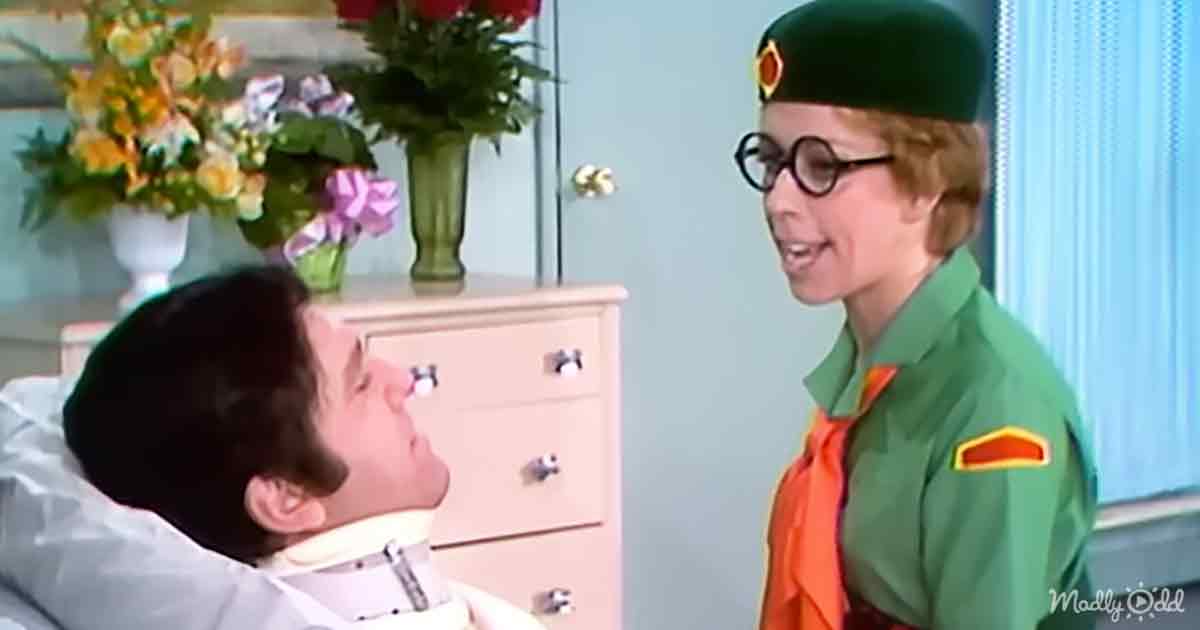 Fireside girl Alice starts her typical routine of bribery and threats. She tells Soupy that she saw him throw himself in front of the halted truck. Alice lays on the guilt trip to get more money from Soupy, who she claims is faking his injuries.

He breaks down and gives her a quarter, and she continues, ‘Oh sir, you’re so kind.’ She offers to call the nurse to tell him he’s healed, which he refuses. Then, she offers to call her uncle, who is a policeman. 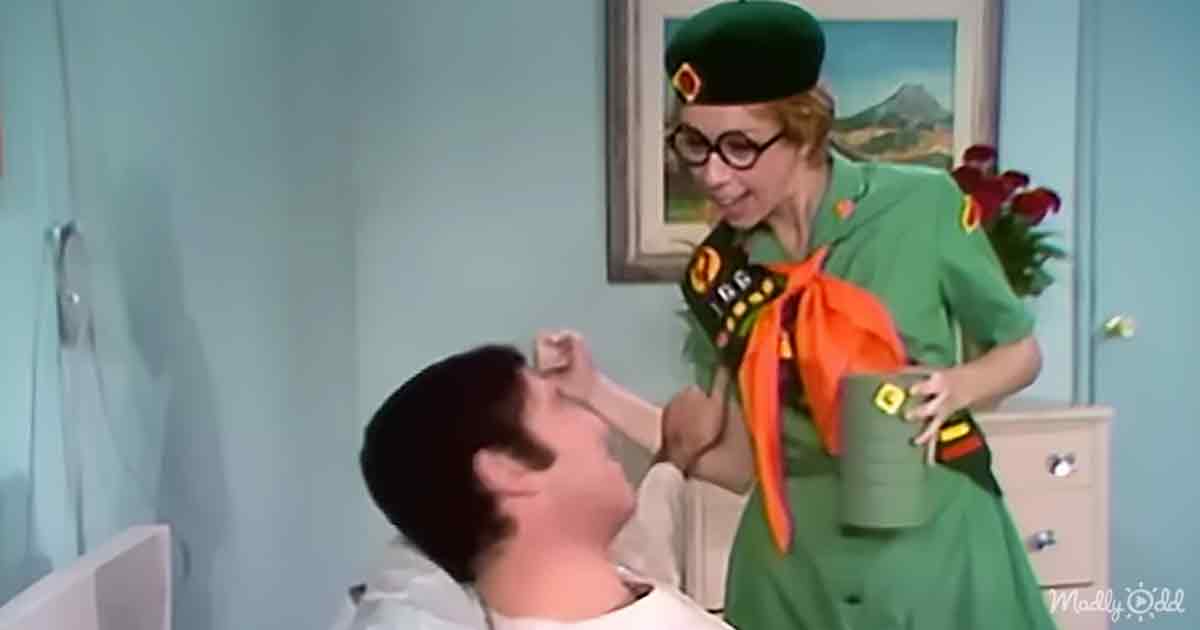 Soupy gives her thirty dollars. Alice is satisfied, and she gets ready to leave. She says, ‘Take it easy now. You be sure and get a good night’s sleep.’ Alice walks out and mentions that it is great that Soupy’s doctor is his brother-in-law.

Soupy sprints to get to the door as she leaves. Alice walks back in, and Soupy chases her around and tries to tackle her, but he falls out of the window. Alice says, ‘Don’t worry, sir, I saw everything that happened. This time it really was an accident.’ The crowd roars with laughter at this classic comedy skit.