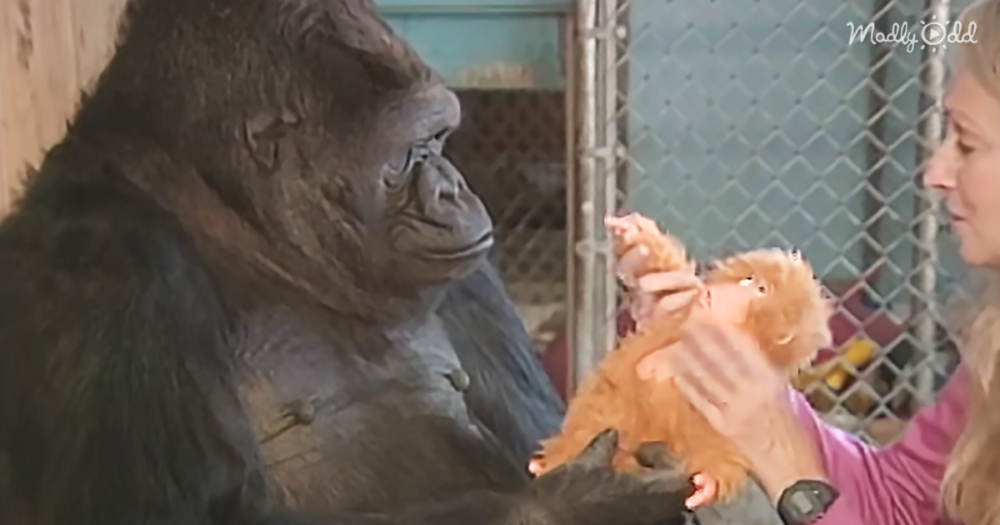 It is natural for a female animal to want to have a child of her own or even to adopt a little one. Koko, the gorilla, also wanted to raise a family. This video shows her enthusiasm for raising a baby.

With the sign language she has learned, Koko lets her trainers know that she desperately wants to have a family of her own. In the video, Koko is given a baby doll and a stuffed baby gorilla. Koko constantly interacts with these stuffed toys. She even feeds and takes care of these toys. 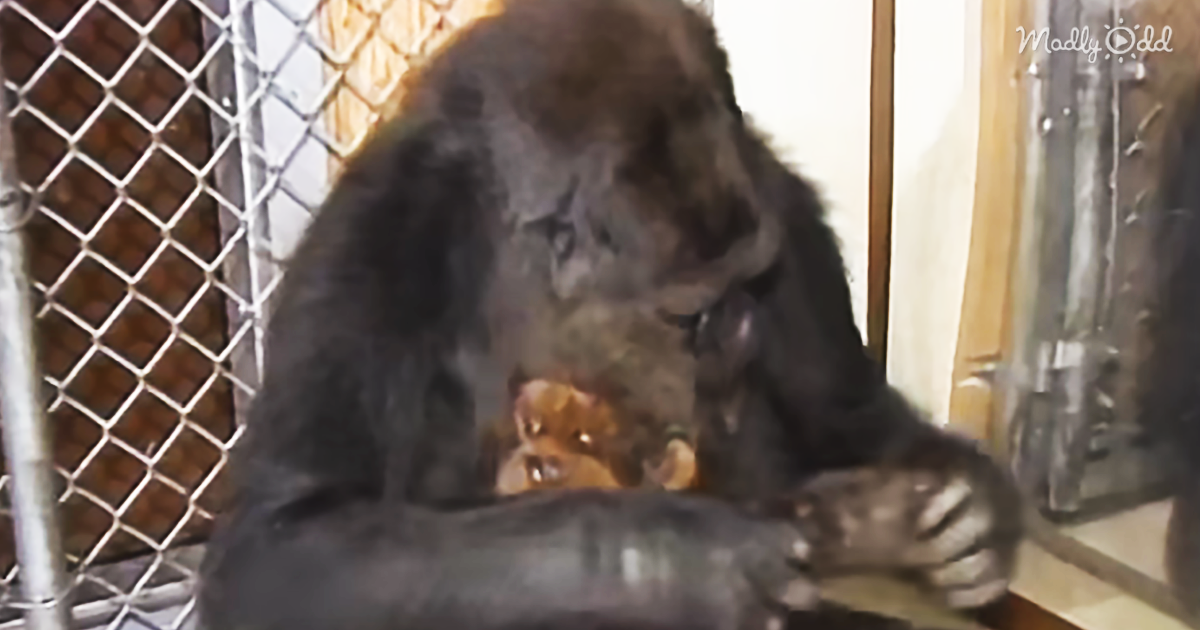 According to her trainer, it is more likely that Koko would have been able to teach her off-spring sign language which can help in the development of the researches of interspecies communications.

I think Koko would have been a fantastic mother and it is unfortunate she never had the opportunity. We learned so much from Koko, and she is sorely missed. 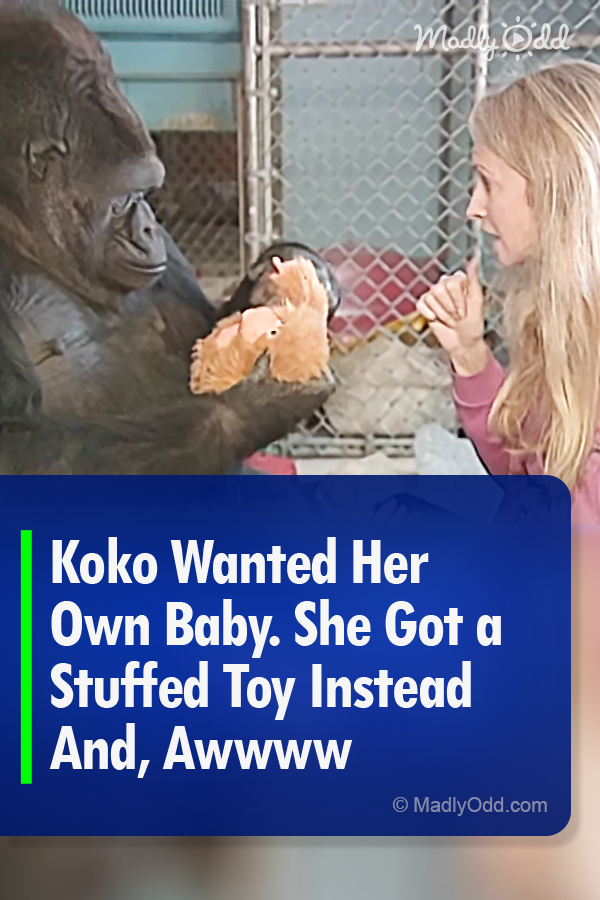