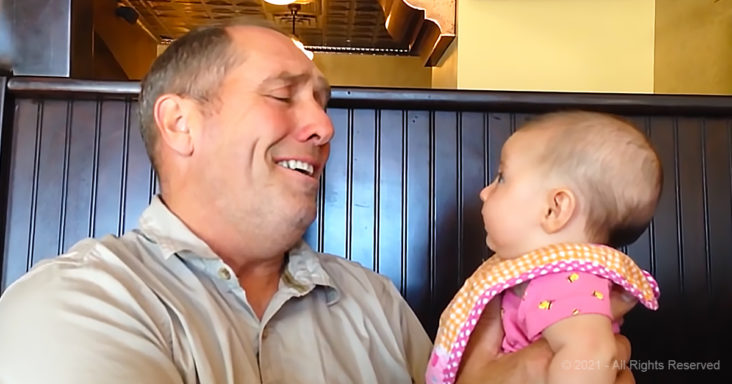 Special moments between an adult and a child can sometimes lead to hilarious reactions. This grandparent seems to figure out his granddaughters’ feelings with only a few words spoken.

At a restaurant, a grandfather thinks long and hard about his next few words. A single bead of sweat reaches his brow, and within a second, he tries a new negotiation tactic. It fails, as his granddaughter makes a gurgling noise.

This was the scene when a loving grandfather tried to connect to his newborn granddaughter. They exchanged words and stares, trying to come to an agreement.

But the funny part about the agreement is that neither side knew what the other was offering. The back and forth between the two was endearing, with some surprising emotions coming from the baby.

You don’t need to understand words to see how close these two have already become. He is a great guardian, and will be a big part of his granddaughter’s life.

As she comes to grips with the English language, you can expect these negotiation tactics to not be so one-sided. Until then, all of the adults in the room will have to nod affectionally at this little girl’s demands. Think big young one, think big! 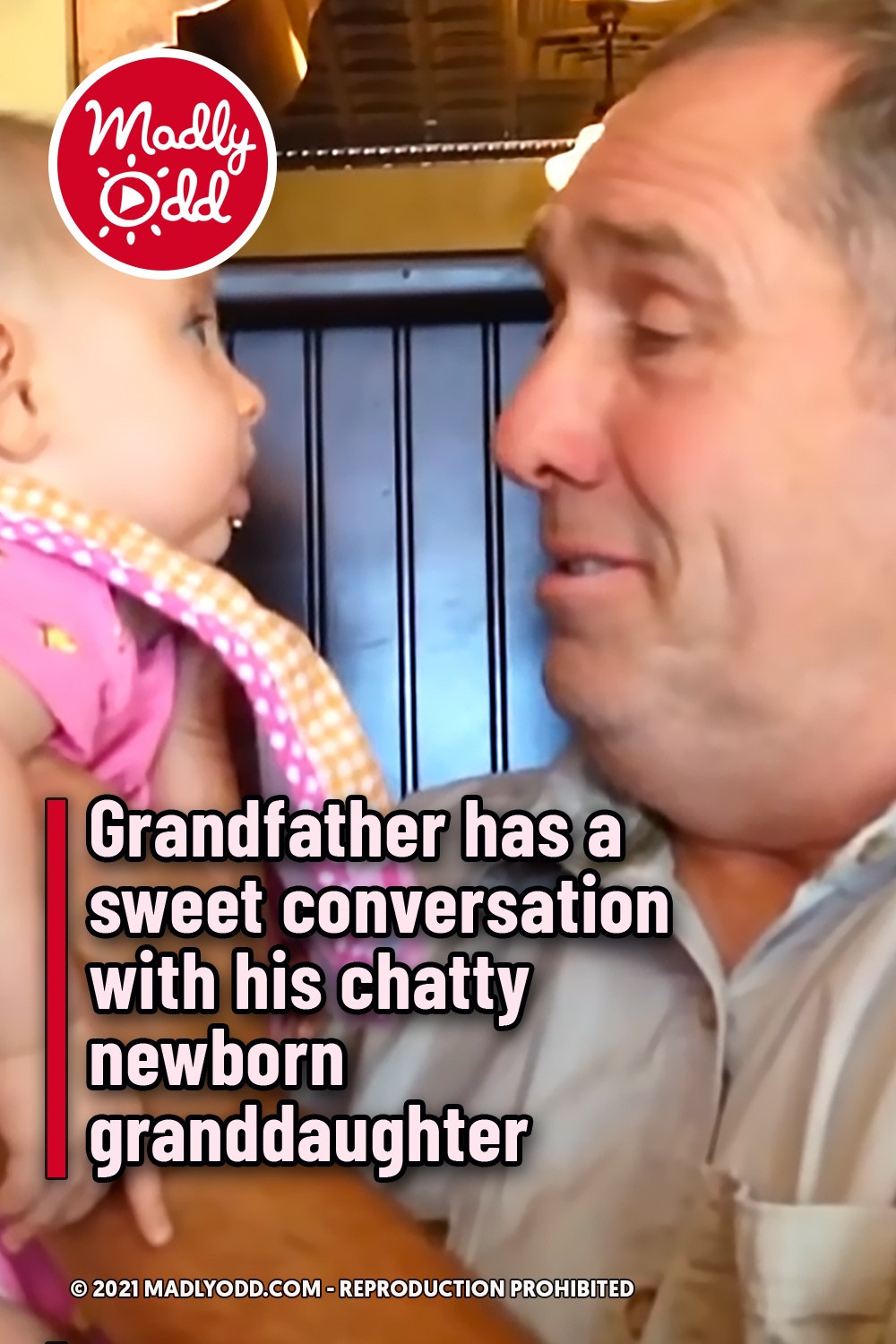