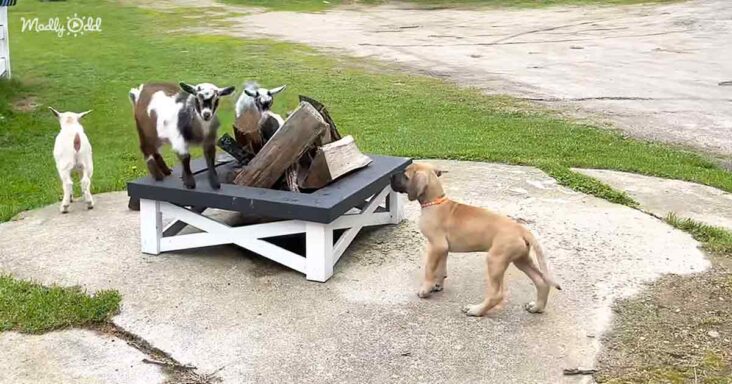 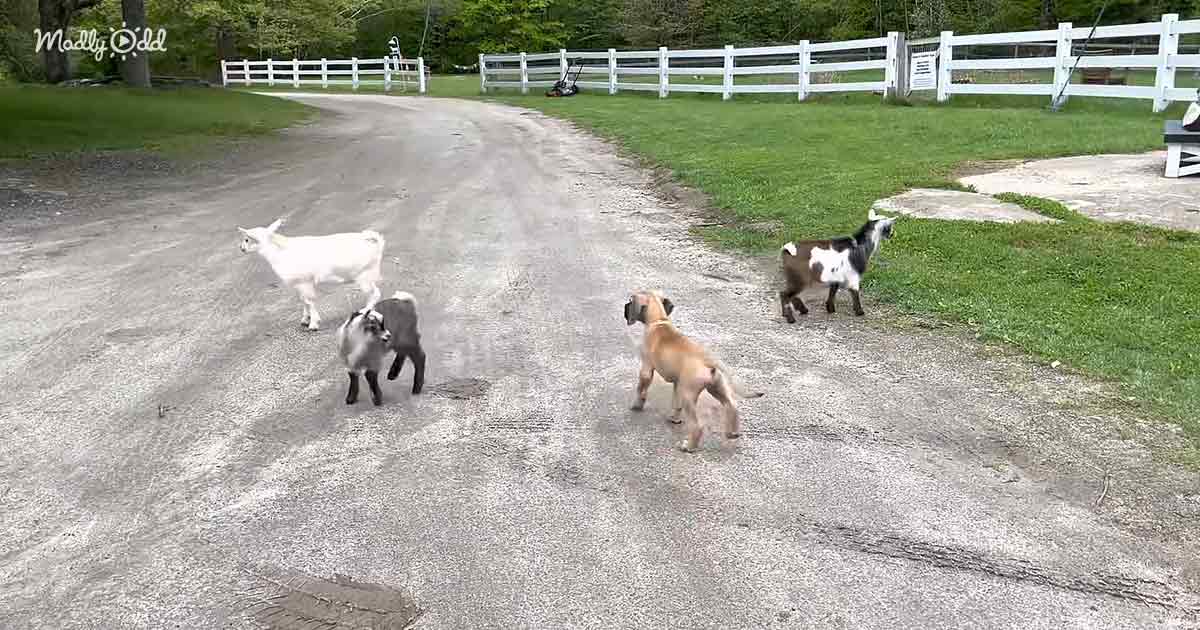 They named the Great Dane puppy Arthur. He was 8 weeks old when he was introduced to the farm animals. When he stepped down from the car on the farm, he seemed scared of the large open area.

Arthur went straight behind a large tree. He stood there for a while as if trying to understand the situation. After some time, Arthur had some water from his water bowl. The Great Dane puppy was first introduced with Saint Bernards, Grace, and Franny. 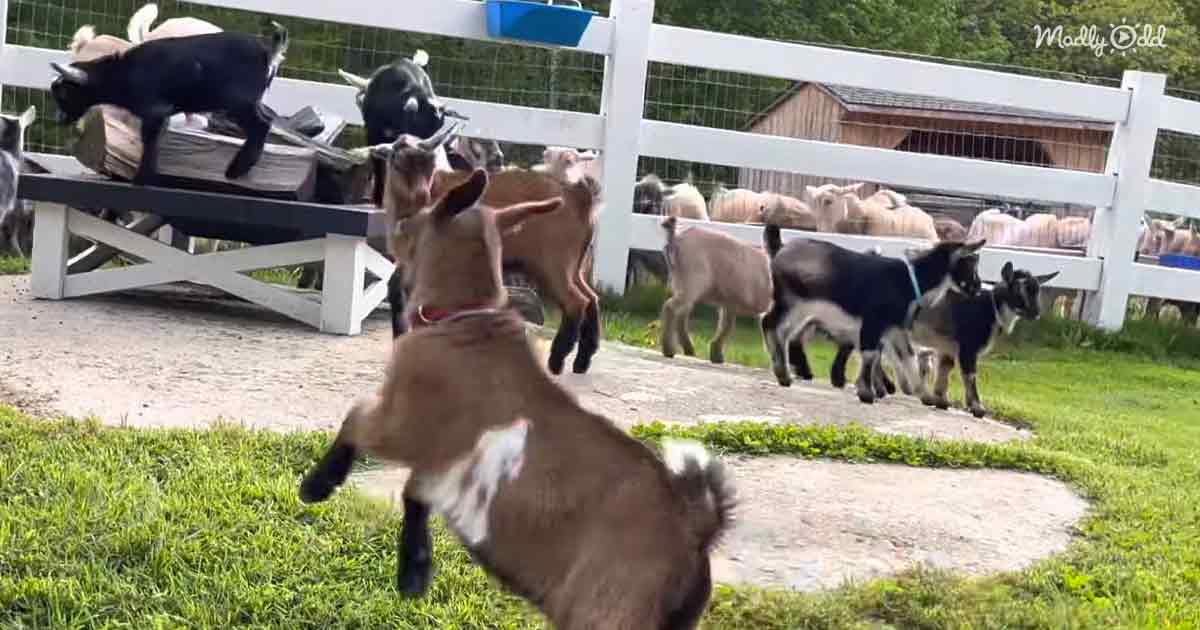 They sniffed at the puppy and licked him as if trying to welcome the new family member. Later, Arthur was retaken to the open ground to acclimate to the area. But, of course, the naughty goat kids always kept running around. 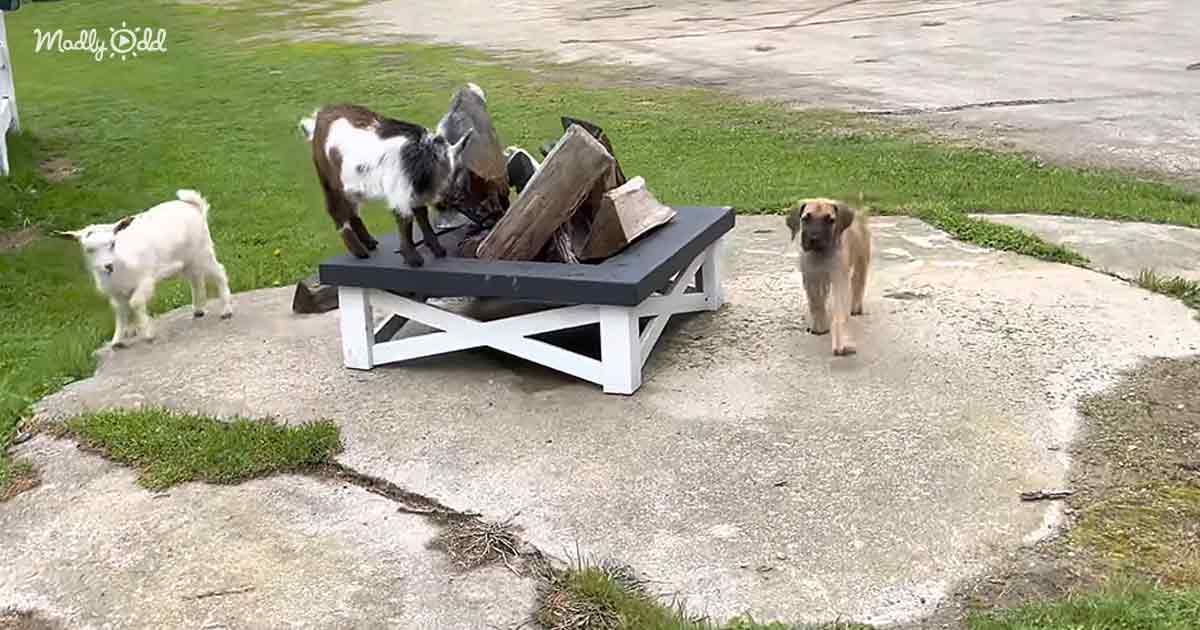 Nonetheless, Arthur enjoyed his first day out in the open field. He preferred to observe the goat kids from a distance. He chased them for some time, after which he met Sanford. Arthur tried to sniff Sanford’s scent from a distance while the pig stood still inside his pen.

Arthur tried to understand why the goat kids ran all the time. He loved to observe them from a distance. Later, Arthur went to rest in his tiny cage while one of Saint Bernards came over to sniff at the puppy. Arthur had a great first day at the farm and thoroughly enjoyed himself. However, he got so tired that he soon fell asleep inside his cage. The same night, the owner decided to bring the puppy to their bed, where Saint Bernard was also resting.