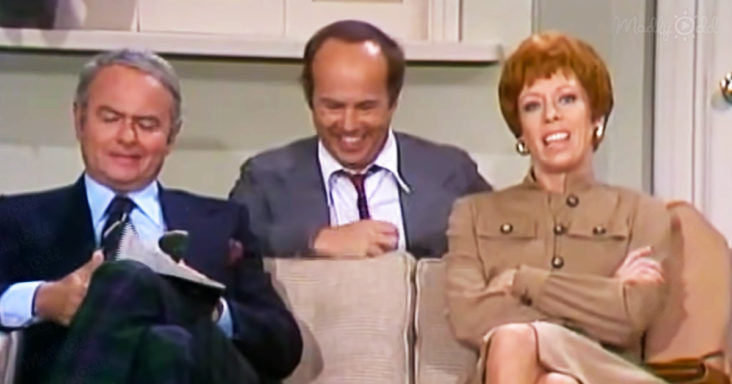 Carol Burnett, Harvey Korman, and Tim Conway did a hilarious sketch on The Carol Burnett Show about three people waiting for their turn in a doctor’s office.

She is shocked to hear he has been waiting that long, especially in his condition. However, there appears to be nothing immediately wrong with Harvey. Carol assumed that he must have a severe condition because he was there. 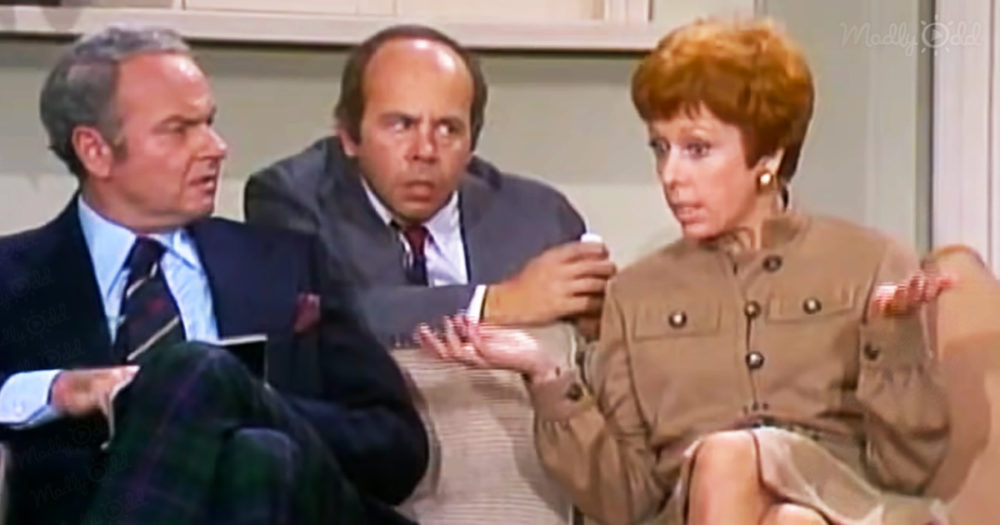 It was a minor issue, Harvey said, and he pointed out he was already taking medicine. Upon hearing the name of the medication, Carol started to speak up about her worries.

On a couch across from Harvey and Carol, Tim Conway’s ears perked up because he was taking the same medicine too. Carol then started listing all the nasty side effects of the drug.

Dizziness, uncontrolled muscle spasms, deep depression, fits of laughter, suicidal tendencies, fainting spells, she listed all of these and more. As she went down the list, Tim showed all these symptoms one by one.

Tim fainted on the couch in between Harvey and Carol. The doctor finally walks out and brings in Harvey to speak to him. Carol is left waiting with Tim, who is lying flat on his stomach beside her.