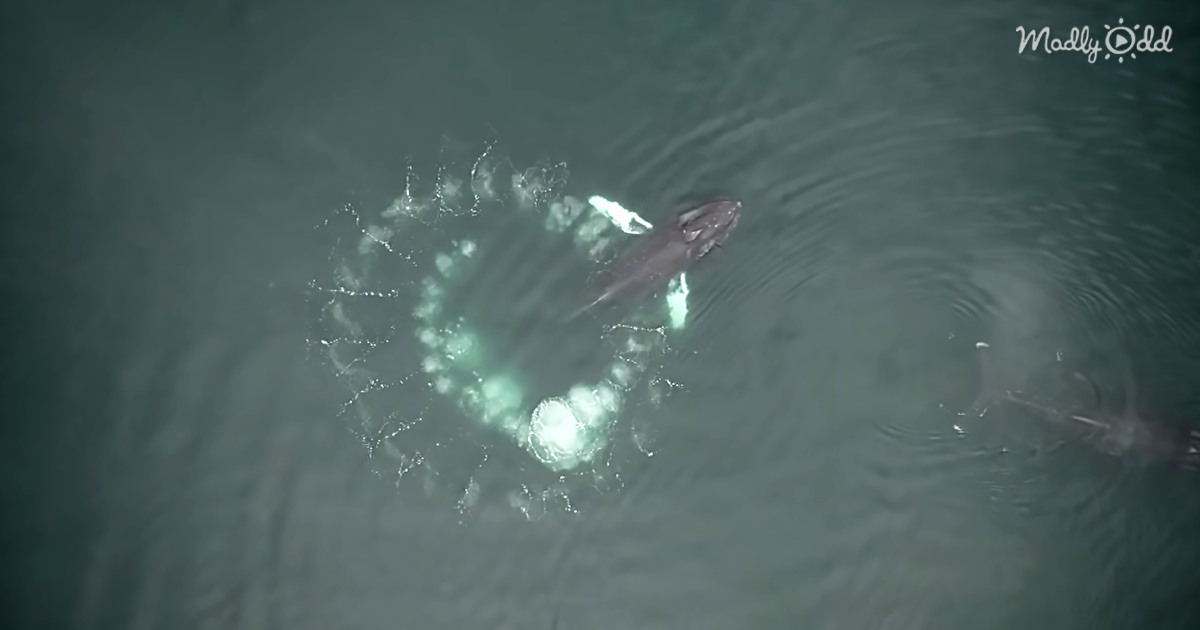 Fascinating footage shows humpback whales creating circles of bubbles to disorient their prey. The footage was taken with drones as well as cameras attached to the animals themselves.

Researchers at the University of Hawaii partnered with the Alaska Whale Foundation in a study to observe a strange phenomenon they have just observed: Whales blowing huge bubble rings to form “nets” in the ocean to trap prey. The circle of bubbles disorients the humpbacks’ prey, allowing them to hunt easier as they prepare for their journey back to Hawaii.

As the video description states: “A humpback whale swimming in a circular pattern while blowing bubbles to create a “net” to encircle its prey. It’s a regular occurrence in the cold blue-green waters of Southeast Alaska …The team used cameras and sensors attached to the whales with suction cups, coupled with drones to capture the video and important data for a project investigating causes of a possible decline in the humpback whale numbers.” 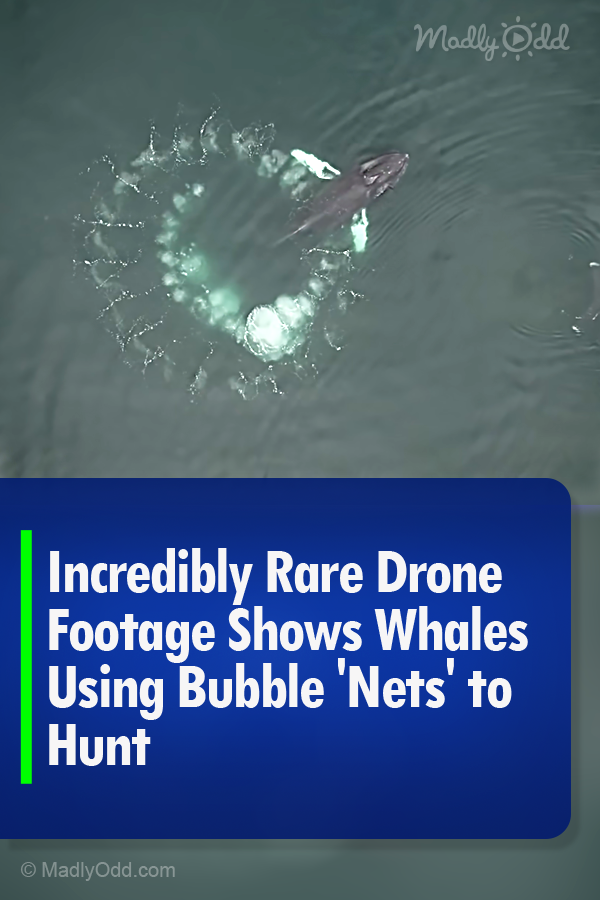