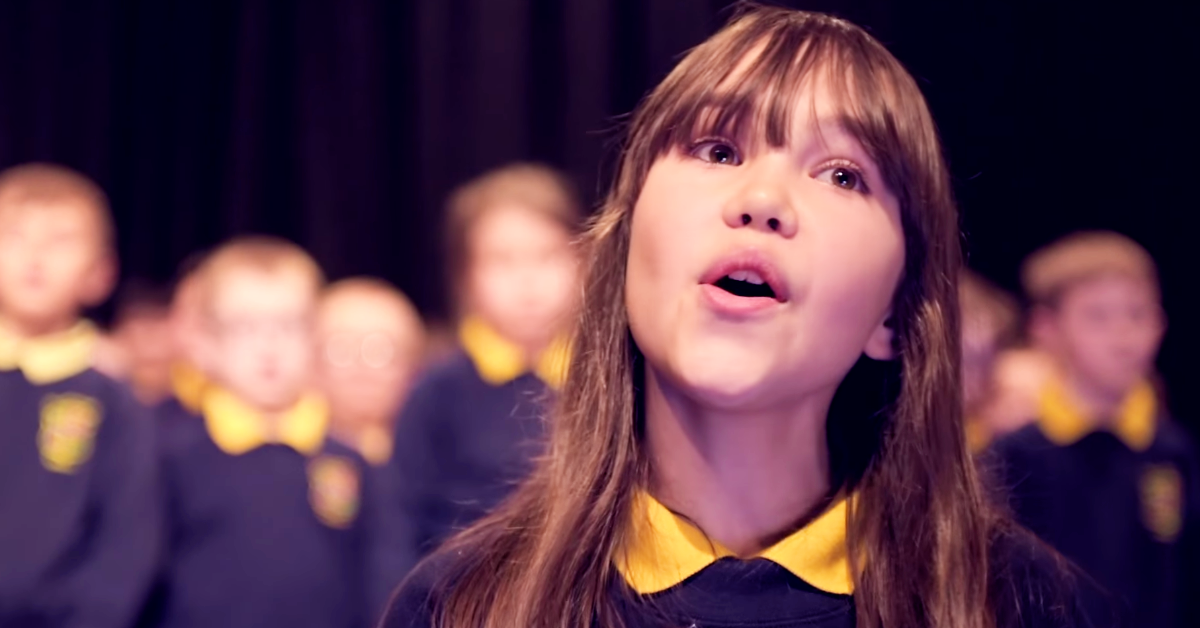 We are shocked at how viral this has gone and we are so happy with how much recognition little Kaylee and the rest of the pupils from this incredible school have deservedly received.

Killard House School is one of those inspirational establishments that embrace children from all backgrounds and abilities. The school motto is “Together We Can” and it lives and breathes this through its all-encompassing approach with over two hundred students aged from three to eighteen including six Social Communication Units with a tailored program for pupils on the Autistic spectrum, and eight MLD classes for children with moderate and complex learning profiles.

Whilst the school was founded fifty years ago in Newtownards, County Down in Northern Ireland, it relocated in 2009 to the site of the Donaghadee High School. With this integrated and supportive environment, it is no wonder that everyone in the school refers to it as the “Killard House family”.

So really it should come as no surprise that the schools’ choir can perform as exceptionally well as it does on this video. Choirs benefit from the confidence that comes from close bonds and trust in each other, and when Kaylee stepped up to sing Hallelujah solo the result of this nurturing environment can be fully appreciated.

Kaylee Rogers is an eleven-year-old girl from Donaghadee and has been diagnosed with autism and ADHD but you would never have guessed this from the performance she gave during the choirs’ rendition of Leonard Cohen’s classic hit “Hallelujah”.

The school principal Colin Millar said that whilst Kaylee is shy this is never apparent when she sings. “All my kids have talents, as well as barriers, and this is hers. She’d be a very quiet little girl, but when she sings, she just opens up,” he said.

Since Kaylee started at Killard House several years ago she has worked hard to overcome the challenges she faces and with the confidence, she developed there is now able to share her voice with the world. “For a child who came in P4 (7 to 8 years old) and wouldn’t really talk, wouldn’t really read out in class, to stand and perform in front of an audience is amazing. It takes a lot of effort on Kaylee’s part,” Millar said.